Won't you be my neighbor -- say fewer Americans than ever 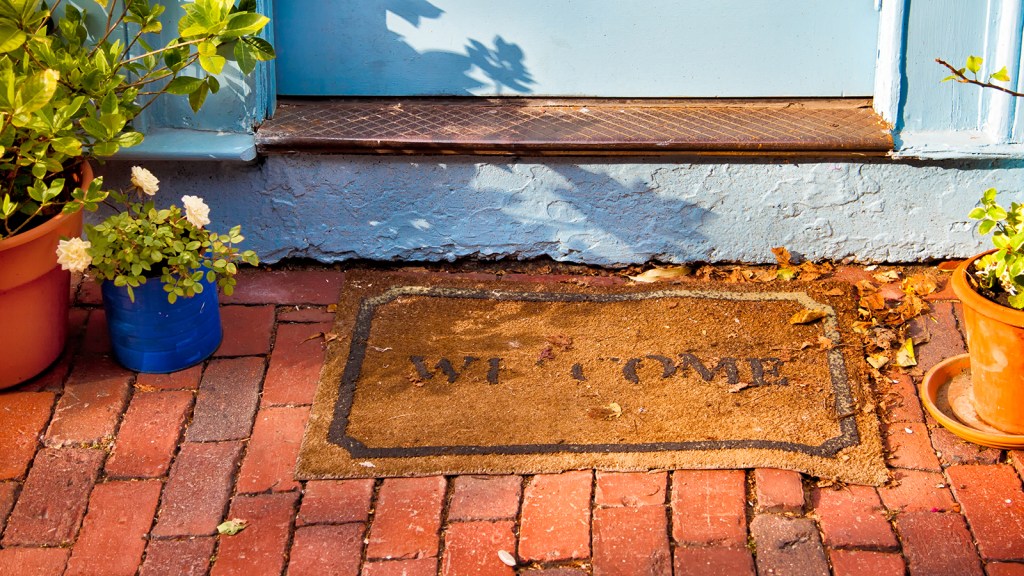 Won’t you be my neighbor — say fewer Americans than ever

When the first police car pulled up, I didn’t pay much attention. By the time several more rescue vehicles were parked on my small-town street, lights flashing and sirens muted, I was somewhere between curious and concerned.

They were there, it turned out, because my neighbor had died.

Dan spent almost all of his time outside, often with his grandsons nipping at his heels. He spent most of his life on this street, labored for the local Public Works department for nearly five decades, worked the landfill, plowed roads, did whatever needed to be done. He might have been a follower of Thoreau, if he knew or gave much of a damn who Thoreau was; he travelled a good deal in this pseudo-Concord. He had a passel of brothers and sisters, he told me once, some of whom had lit out for faraway places. But he had stayed put, raising his family in the house across the street from the one where he grew up.

I knew these things about him, yet I didn’t know him well. Neighborliness isn’t part of my DNA. I grew up in the country, where the nearest neighbors were more than shouting distance away. Then I lived in cities, where neighborly interactions amounted to a nod, a polite smile, or sometimes intentionally averted eyes. (Or averted ears during the inevitable fights, pneumonic spasms, and orgasms on the other side of always-too-thin walls.)

In a small town, the equation is different. Here, neighbors watch out for each other, check in on each other, have long conversations in the street about nothing much. People invite each other over for drinks or for play dates with the kids, or sometimes both at once. It is delightful and it is distressing. I’ve learned how to navigate this neighborly world a bit, but I’m still pretty terrible at it.

It turns out being neighborly is something of a lost art in America. In the 1970s, according to the Pew Research Center, more than 60 percent of people socialized with their neighbors at least once a month (after all, there were all those key parties to attend). Today, that number has shrunk to about 45 percent. According to research released last year, a third of Americans don’t have any interactions with their neighbors at all. Another study says half of us can’t even summon a name of the people who share our buildings and blocks.

There are lots of reasons for this shift, from development patterns that make it harder to connect with people nearby to technologies that make it easier to connect with people far away. The combined effect, says Marc Dunkelman of Brown University, is significant. A couple of years ago, Dunkelman wrote The Vanishing Neighbor: The Transformation of American Community. While he says he’s “agnostic” about whether the dissipation of neighborly relationships is good or bad, he’s certain that it has had profound effects on politics, economics, and innovation. It might even affect whether we can successfully tackle climate change.

“The lack of neighborly connections matters a great deal,” Dunkelman told me by phone. Likening human relationships to the rings of Saturn, he says we are increasingly spending our time and energy on the inner ring, which is full of family and close friends, and on the outer ring, which is full of people we don’t really know but share an interest with, typically online, from gaming to Game of Thrones.

It’s that middle ring — the one powered by “relationships that are familiar, but not intimate” — that we increasingly overlook. Dunkelman, who moved his own family from Washington, D.C., to Providence, R.I., in search of a more neighborly community, says the loss of the middle ring is a root cause of, among other things, political dysfunction in America. Issues that used to be hashed out over backyard fences are now hashed out in the halls of Congress — and not particularly well at that — by representatives whose constituents can’t agree on anything. In the case of climate change and other hot-button issues, he says, the less we talk with people who have different viewpoints, the more “battle-hardened” we all become.

This disappearance of middle-ring relationships also has implications for community and place. “You’re much less likely to go to a PTA meeting, bowl in a league, or have a block party [when you don’t know your neighbors],” Dunkelman says. “Which means your emotional investment is something other than the vibrancy of where you live.”

If land use makes it hard to meet people and not meeting people makes it hard to create vibrant communities, are we consigned to a future of simply moving in and out of homes and apps with ant-like efficiency? Has the idea of connecting with people, and by extension place, gone out the window? Survey results released a couple of weeks ago by State Farm Insurance Company suggest that people still want to connect in this way — 40 percent of millennial respondents wished they were more connected with neighbors, 58 percent of all respondents said it’s important for neighbors to socialize, and 75 percent of respondents think it’s important to welcome new neighbors when they move in — but our actions aren’t matching our words. Hell, even State Farm ditched its “Like a good neighbor” jingle last week, a slogan it had relied on for 45 years, in favor of the decidedly impersonal “Here to help life go right.”

My neighbor did try to help our life go right, even as I sat in my house thinking I didn’t know him. One fall day, I was working in my office when I felt a tremendous boom. My brain slowly informed me that I’d been hearing a chain saw for some time as my body raced to the window. Turned out Dan had cut down our maple tree — half of it, actually. It was a double-trunked beast that had stood in the middle of the lawn, the result of some decades-old errant seedling, and it was sick. Dan took it upon himself to save us money and keep himself busy by firing up his chainsaw.

In New England, you don’t get all that mad at an old man who’s wandered over and cut down your tree. You just go outside, discuss forestry sagely for a few minutes, then get to work picking up the fallen limbs together. When you come home from doing errands one day and that same old man is hard at work rototilling your side lawn, creating a bare patch of soil ten feet long by four feet wide that looks like it will take years to recover, you listen to his advice on getting grass to grow, and you hope he doesn’t spot any other issues with your sub-par yard maintenance.

When you return from a winter weekend away, navigating through a blizzard and bracing yourself for what awaits at home, only to find that that same old man has ventured out to snowblow your driveway, you thank your lucky stars and bake his family cookies, even though you have no doubt his wife is much better in the kitchen than you are.

Years ago, a now-departed friend — also nature-loving, also frequently chainsaw-wielding — scoffed when I told him I was planning to move across the country to a major city on the West Coast. “Why not stay in one place for a while, put down roots, make it your own?” he asked. “Not enough people do that anymore.” That friend found a corner of the world that meant something to him, and made it his own as long as he could. My neighbor did too.

Most of us don’t. We live in a transient culture. We don’t get to know the people around us because we are too consumed by our own jobs, families, and online obsessions, and because we’re likely to up and move again anyway. The average American moves more than 11 times. I moved 13 times before I landed here. I get restless and itchy at the thought of living in a place for too long, of relying on neighbors or having them rely on me. I constantly scour real-estate listings for houses I’ll never buy, imagining a revamped life I’m unlikely to live.

While I live these other lives, the perfectly good one I have here marches on. Our patch of grass made a comeback this spring, though it has a long way to go. Kids are on bikes, dogs are barking, and a funny thing has happened: I’m pretty happy standing in the road, having long conversations with people about nothing much. If I look closely, I can see roots poking out of the soles of my feet.

And you know what? I miss my neighbor.