Your cigarettes literally kill everything 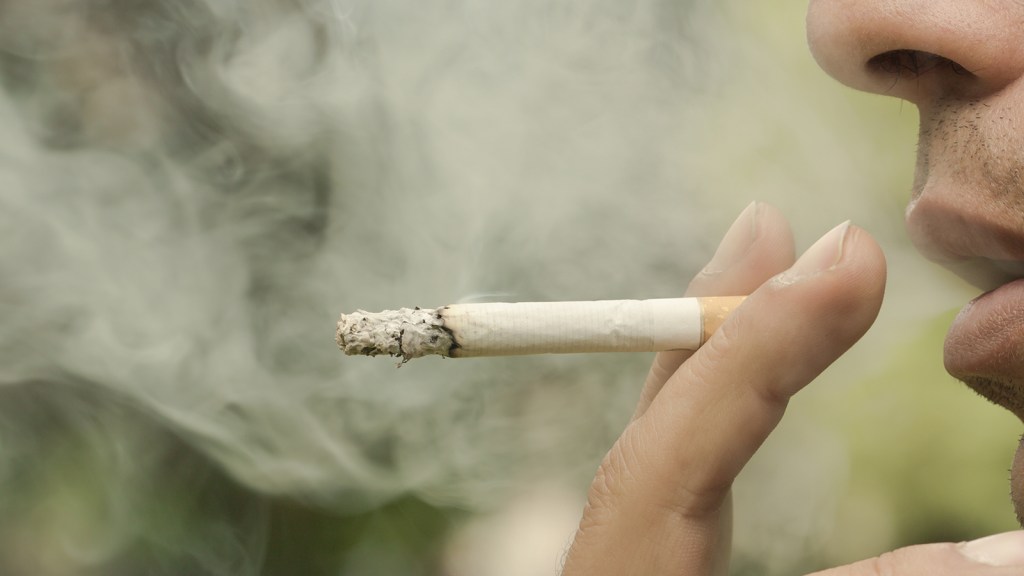 Shutterstock
No Butts About It

Your cigarettes literally kill everything

I’m a full-time environmental activist living on an anti-aviation protest camp. When I first came here, I was shocked by the number of environmentalists who smoke tobacco. Given that it’s grown in the Americas, probably on poorly managed land with chemical fertilizers and pesticides, and shipped across to the UK only to eventually go up in smoke, I’ve always had a suspicion that tobacco has a fairly large environmental footprint. Can you confirm or deny this?

Have I ever told you about the year I spent living in a juniper bush to protest the treatment of banana slugs? I hope your protest is more effective than mine was. And less itchy. Write in again sometime to let me know how it’s going.

As to your actual question: To nonsmokers, the decision to light up a cigarette day after day can be baffling. I mean, tobacco kills up to half of its users: Can you imagine anyone buying a car, a lawnmower, a plate of sushi, any other product with that kind of safety record? But we’d do well to remember that nicotine is one of the most highly addictive substances on the planet. No matter why someone began smoking, chances are he wants to quit — he just can’t. So it would be kind of us to cut your chain-smoking compatriots a little slack. But I agree that it makes even less sense for a dedicated environmental activist to smoke than for your average consumer. Because it’s as you suspected, Ru: Tobacco has a mighty environmental footprint.

Far from being cultivated only in the Americas, as you suggest, tobacco grows on more than 10 million acres across 125 countries. China is the leading source these days, producing more than 40 percent of the world’s tobacco crop. And everyone who smokes — in 2012 alone, 967 million people puffed 6.25 trillion cigarettes — participates in a deadly, toxic industry littered with pesticides, clearcut forests, chemical waste, and a whole lotta plastic cigarette butts.

In case you’re hazy on exactly how tobacco mucks up our planet as well as our lungs, here’s a peek at a few of the less savory things it does, from production to disposal.

Grows in a bath of toxic chemicals. Tobacco is a rather finicky crop, so its cultivation involves lots and lots of pesticides, fungicides, herbicides, and chemical fertilizers. Each year, 27 million pounds of pesticides are sprayed on tobacco in the United States alone. Commonly used ’cides pollute groundwater, deplete the ozone layer, kill pollinating bees, and cause cancer and other serious health risks to anyone who comes in contact with them. Farm workers in developing countries that lack stringent protections face the highest risk, some of them children. Speaking of labor issues, tobacco is problematic even without all the pesticides: workers are also at risk for green tobacco sickness, or nicotine poisoning that comes from handling wet plants. All in all, tobacco agriculture is bad news for pretty much everything in close proximity — water, air, soil, and human beings.

Destroys trees. Producing carton after carton of cigs slashes through the world’s forests in two ways: by clearing land for tobacco fields and through the leaf-drying process, which uses wood fires to “cure” the leaves. According to the World Health Organization, 20 to 50 million trees meet the chainsaw every year to provide firewood for curing alone. And let’s not forget that right after someone sticks a cigarette between her lips, she needs a light; in many parts of the world that comes from a match, which contributes to the felling of up to 9 million trees per year. All this matters because when we lose trees, we lose — among other things — one of our best tools for improving air quality and combating climate change.

Leaves behind mountains of production and packaging waste. Turning tobacco into cigarettes produces tons of garbage, literally — somewhere in the ballpark of 45 million metric tons of solid waste and 4 million metric tons of chemical wastes are involved in this process, including ammonia, hydrochloric acid, and toluene. According to the World Health Organization, the industry also produces 300 billion cellophane-wrapped cartons each year, leaving behind 1.8 million metric tons of probably-not-recyclable garbage.

Pollutes the air. All the smoke wafting from those trillions of cigarettes contains thousands of chemicals — some of them radioactive, many of them carcinogenic, and all of them enough to make cigarette smoke a bona fide air pollutant. And you’re right, Ru, that the emissions associated with shipping cigarettes all over the globe should be added to tobacco’s rap sheet, too.

Litters our beaches, sidewalks, and parks. If you’ve ever gone for a barefoot stroll in the sand only to wind up with a lipstick-stained cigarette butt between your toes, you’ll feel me on this one. They look small, but cigarettes are the number-one piece of litter across the globe. They account for about a third of all litter in the U.S., and over there in the U.K. people toss more than 1,200 metric tons of them each year. Besides being gross to look at, cigarette butts leach heavy metals and other toxins into the surrounding environment and can poison curious animals and kids. If you must smoke, please dispose of your trash properly, people.

In short, Ru, you’re right about cigarettes. Your fellow protesters likely already know the health risks, but perhaps tobacco’s threat to the very environment they’re fighting for will be just the motivation they need to quit.