A solar-powered plane just flew around the world 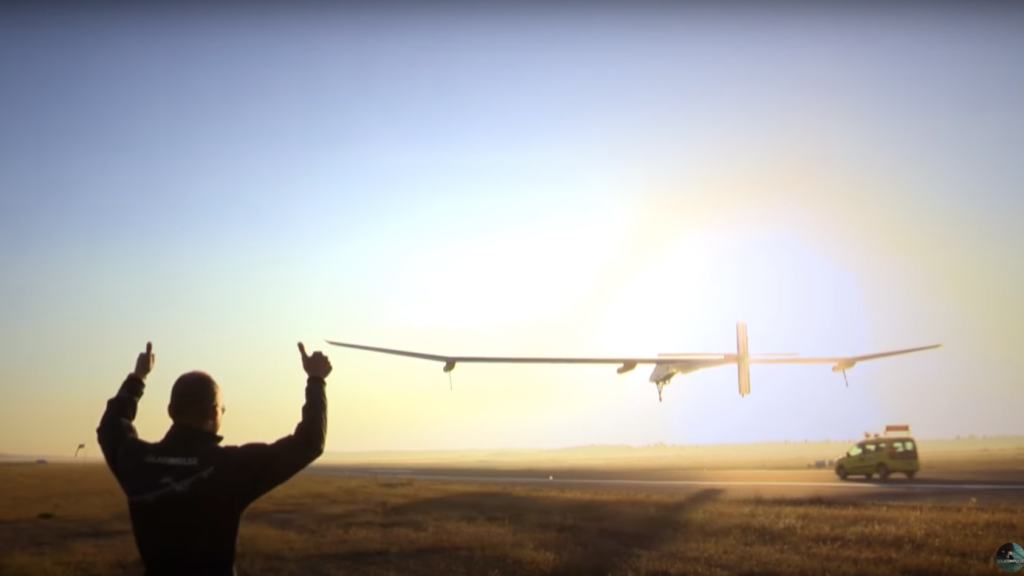 Solar Impulse
around the world in 23 days

A solar-powered plane just flew around the world

The scrappy plane we’ve all been rooting for just completed the first solar-powered flight around the world, no fossil fuels burned. On Tuesday, Solar Impulse 2 ended its epic 24,500-mile journey and landed back home in Abu Dhabi.

The one-seater plane, sporting 17,000 solar cells on its wings, is as wide as a Boeing 747 but light as a feather — well, as light as a car, anyway. Though the 16-month trip was largely a stunt to promote renewable energy, it’s a milestone for aviation as well.

Bertrand Piccard, one of two Swiss pilots who flew the Solar Impulse, predicted that medium-size electric planes will begin carrying passengers within the next decade. We’re a fan of that possibility — and the EPA might be, too. The agency recently announced plans to begin limiting carbon emissions from airplanes since they pose a threat to public health.

One thing we can say now: Renewable energy is gellin’ — as in Magellan.

I can't believe I've landed, 13 years after having dreamt of flying around the world without fuel #futureisclean pic.twitter.com/yeVteNW3Lv