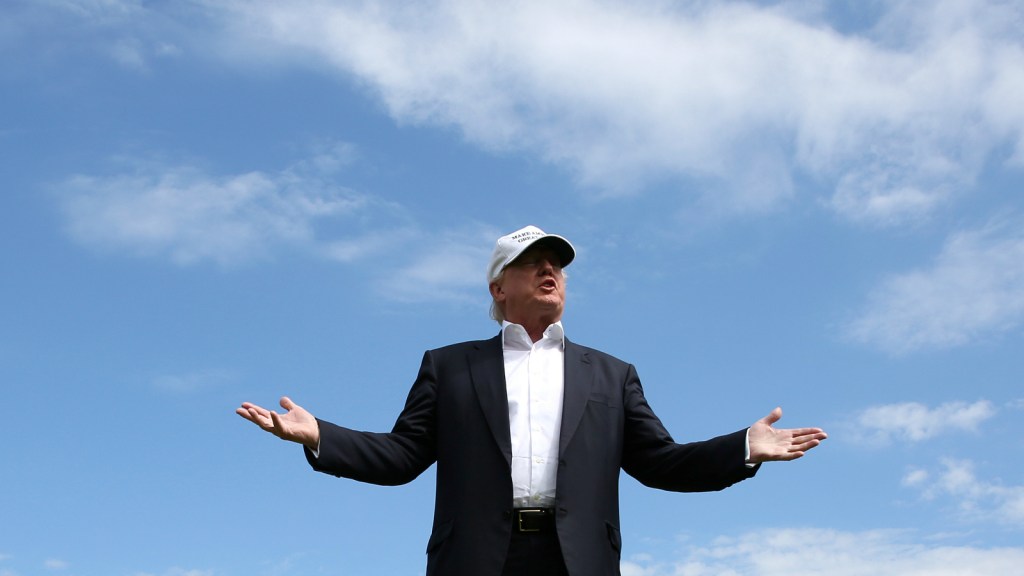 Presidential hopeful Donald Trump appeared on Fox News’ The O’Reilly Factor Tuesday night to clarify his stance on a few issues. On the list: Bernie Sanders? Liar! Federal minimum wage? Get rid of it! NATO? Who needs it! Job recovery? Never heard of it!

On climate change, the Republican nominee was especially verbose. Here’s his full exchange with Bill O’Reilly (emphasis our own):

O’Reilly: They said that you called climate change a hoax. Is that true?

O’Reilly: But did you ever call climate change a hoax?

Trump: Wellll, I might have because when I look at some of the things that are going on — in fact, if you look at what was happening in Europe a few years ago where people were sending out emails, scientists practically calling it a hoax, and they were laughing at it, so yeah I probably did. I see what’s going on and you see what’s going on.

Trump: Well, they’re saying manmade and I say it could have a minor impact but nothing, nothing to what they are talking about. And what it is doing is putting us at a tremendous disadvantage as a country, because other counties are not adhering to the rules, we are, and it makes it impossible for our businesses to compete.

Rest of the world: Sigh.

Neither O’Reilly nor Trump appear to understand climate change or how it works. And despite Trump’s frequent assertion that he’s “won many, many environmental awards,” the only one on record was bestowed upon him by a golfing organization.