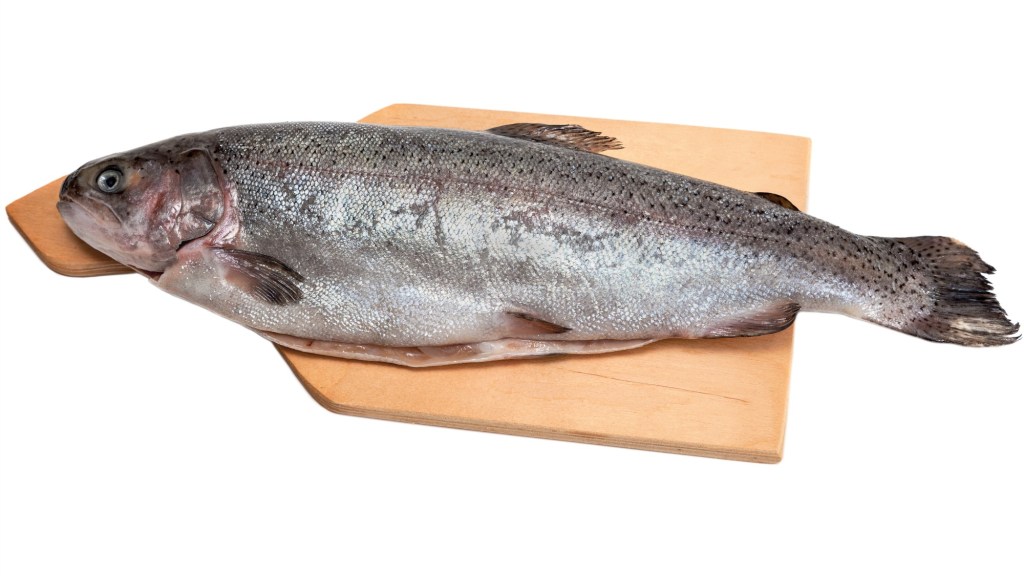 The worldwide aquaculture industry is growing faster than a genetically engineered salmon. By 2030, the World Bank forecasts that 62 percent of the fish eaten the world over will have come from a fish farm — up from about half today.

Aquaculture is an alternative to commercial fishing. But all those farmed fish need to eat, and most of them eat smaller fish harvested from oceans. Which kind of defeats the whole point of aquaculture.

Forage fish like anchovies and sardines are being hauled out of the seas, mixed with soy and other ingredients, turned into pellets, and used as fish feed.

To get away from this practice, which harms oceanic food webs, scientists are trying to figure out how to rear fish on vegetarian diets. QUEST/KQED reports:

To avoid using wild fish in farmed fish diets, the United States Department of Agriculture has spent the past ten years researching alternative diets that include plants, animal processing products and single-cell organisms like yeast, bacteria, and algae.

Turning carnivorous fish into vegetarians is not some far-off fantasy. David McFarland raises his trout on algae.

McFarland runs McFarland Springs Trout farm, based in Susanville, California. He was raising trout to stock rivers and lakes. The idea piqued his interest and after two years of testing the diet on a small scale and tweaking the ingredients he started feeding it to the fish.

“I thought if we’re not doing it, who will?” McFarland said. He admits there are drawbacks to using an alternative diet, namely the cost.

McFarland wanted to feed his trout a diet heavy on spirulina, a bacteria-based superfood, but he can’t afford it. Already his vegetarian feed is more expensive than the cheap and nasty fishmeal concoctions used in most aquaculture operations. More on that gunk here:

This chart from the World Bank report shows the growth of aquaculture and the decline of fishing: