These are dark days for the Arctic -- literally 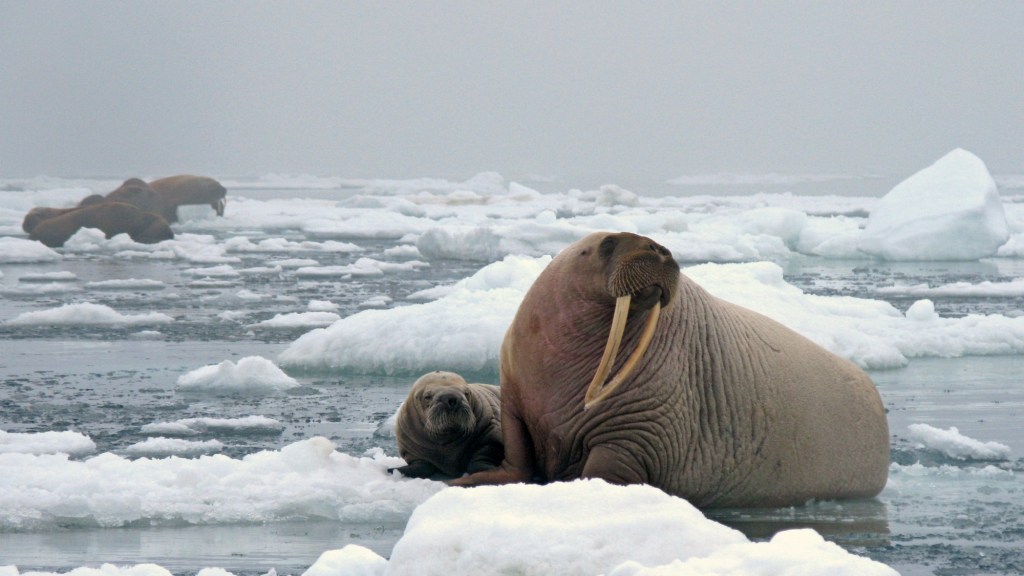 These are dark days for the Arctic — literally

Things are getting gloomy up north, where the Arctic region is losing its albedo.

No, not libido — this isn’t a problem that can be fixed with ice-blue pills and adventurous nature videos. Albedo. It’s a scientific term that refers to the amount of light that the surface of the planet reflects back into space. Reflecting light away from the Earth helps keep things cool, so the loss of Arctic albedo is a major problem.

And new research has concluded that the problem is an even greater one than scientists had anticipated.

Researchers from Scripps Institution of Oceanography used satellite measurements to discover that the region is darker than it was in the halcyon days of the late ’70s. Back then, Arctic temperatures were nearly 4 degrees F cooler on average and reflective summertime ice covered 40 percent more of the ocean than it does now. And back then, 52 percent of the sun’s rays bounced off the Arctic’s surface, while 48 percent were absorbed. By 2011, those figures had reversed — 48 percent of sunlight was being reflected away and 52 percent was being absorbed.

The drooping albedo is a consequence of climate change. And the region’s changing complexion is also accelerating the rate at which the world is warming. According to the scientists’ calculations, published in a new paper in the Proceedings of the National Academy of Sciences, the amount of extra energy accumulating on Earth because of declining Arctic albedo is equivalent to about a quarter of the amount of extra energy trapped here during the same period by the rise in carbon dioxide levels.

“We’re not really analyzing the subsequent increase in temperature,” Ian Eisenman, one of the authors of the paper, told Grist. “But that is an expected consequence of the increased absorption of solar energy.”

It’s not just melting snow that’s causing the top end of the Earth to darken. Eisenman said the influence of soot and other pollution settling on the snow and ice may also be important.