Chevron won't have to pay for its own version of Chernobyl 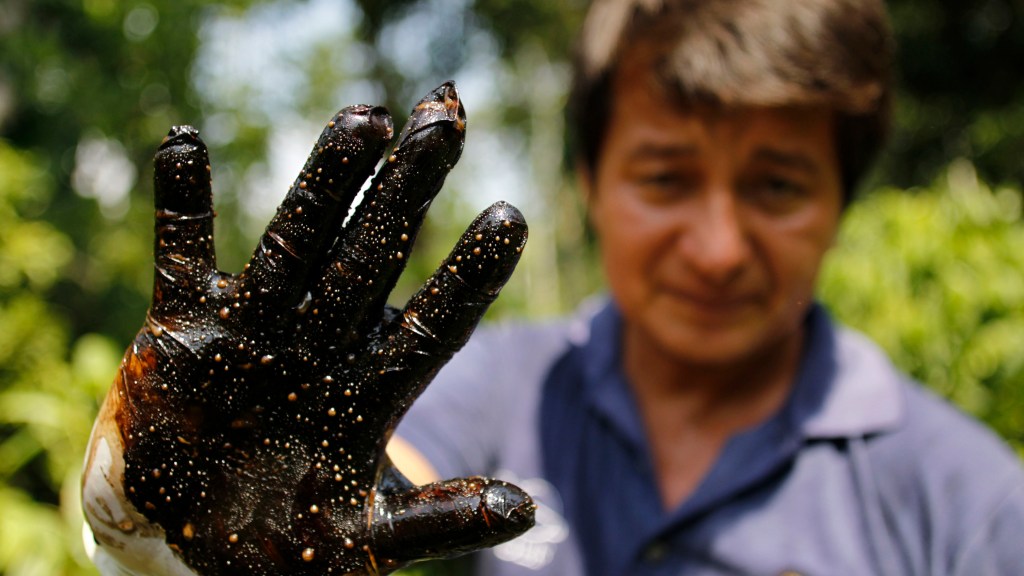 Environmentalist Donald Moncayo shows his glove after conducting a test made on an affected field in Lago Agrio January 25, 2011. REUTERS/Guillermo Granja
News

What do you do when you get a massive bill at a hotel because you trashed it? Try to run out on it, of course — which is what American fossil fuel giant Chevron has been working on since it was handed a hefty judgement for heavily polluting the Lago Agrio region of Ecuador.

And now, a U.S. court has given Chevron permission to bail on that bill.

A little backstory: In 1993, Ecuadorians filed suit against Chevron (formerly Texaco), arguing that the company was responsible for contaminating the land and sickening people through decades of drilling in the Lago Agrio oil fields. The suit dragged on for over two decades, and in 2013 Chevron was found liable by Ecuador’s highest court for $9.5 billion in damages. In 2013, Chevron filed a RICO (Racketeer Influenced and Corrupt Organizations) suit against the Ecuadorian plaintiffs’ attorney, Steven Donziger, to preemptively attempt to get out of its responsibility to pay.

On Monday, a federal appeals court in New York upheld a prior decision that Donziger and his legal team obtained the Ecuadorian judgment through bribery, coercion, and fraud, and is therefore unenforceable in the United States.

Ecuadorians can still attempt to enforce the 2013 verdict outside the United States, in Canada and “other countries where litigation is underway to seize Chevron assets,” according to Karen Hinton, American spokeswoman for the Ecuadorians. Another shot at enforcing the Ecuadorian ruling against Chevron will hit the Canadian courts next month.

Though Chevron pulled its operations from Ecuador in the early 1990s, it left behind billions of gallons of toxic waste in the Lago Agrio region, poisoned water, and people suffering from cancer. The contamination was so great that it’s sometimes dubbed “the Amazon’s Chernobyl.”

For more on Lago Agrio, Steven Donziger, and the long fight against Chevron, check out this episode of Alec Baldwin’s Here’s the Thing.

This post has been updated to correct and clarify information about the nature of the lawsuit filed by Chevron in the United States.