It costs a lot to be young in the era of climate change — $187,000 per college-educated millennial, to be precise. That figure, which represents the amount of income lost over the lifetime of someone born in 1994, is significantly greater than the usual culprits blamed for young people’s economic challenges. Your old pals Student Debt and the Great Recession will only cost millennials $113,000 and $112,000 over their lives, respectively. 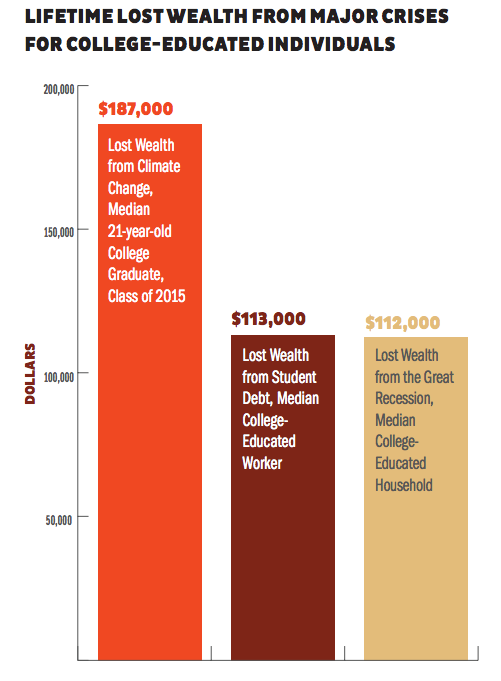 A new report from NextGen Climate, an environmental advocacy organization, quantifies the economic impacts of a rapidly changing global ecosystem. For the millennial generation as a whole, the price tag is nearly $8.8 trillion.

As communities scramble for resources to deal with various climate impacts, young people will pay for the ecological and social disasters created by older generations: rising sea levels, drought, declining crop productivity, heat-related health problems, wildfires — you name it. In response, incomes will plummet and tax bills will climb.

And if no action is taken, today’s 1-year-old babies will eventually bear an even bigger financial burden: $581,000 over the course of their lifetimes. 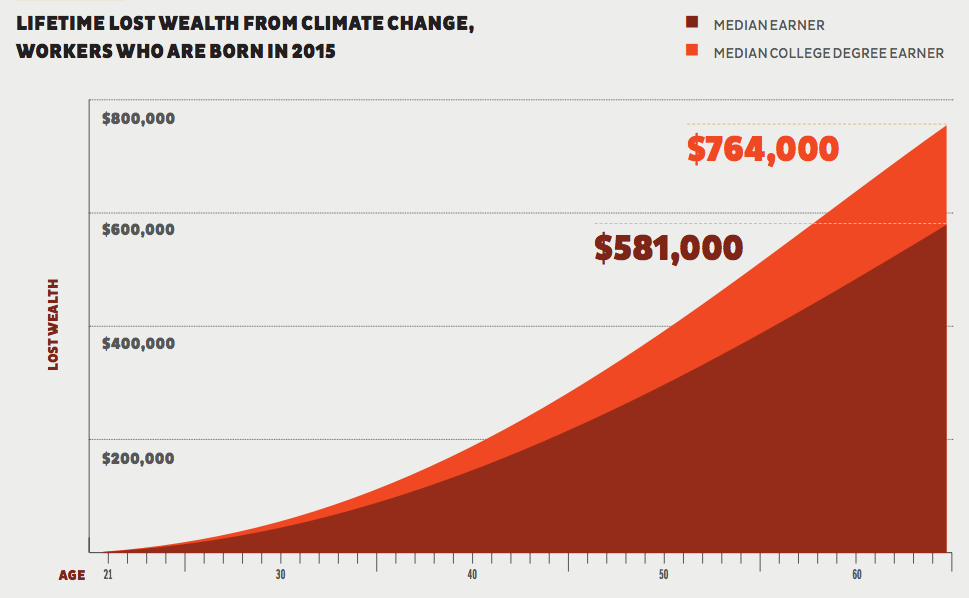 Millennials are certainly more saddled with student debt than any other generation, and in addition, we’ve lived through the second-worst economic crisis in the nation’s history. But those costs are small potatoes compared to what’s in store — unless we act fast.