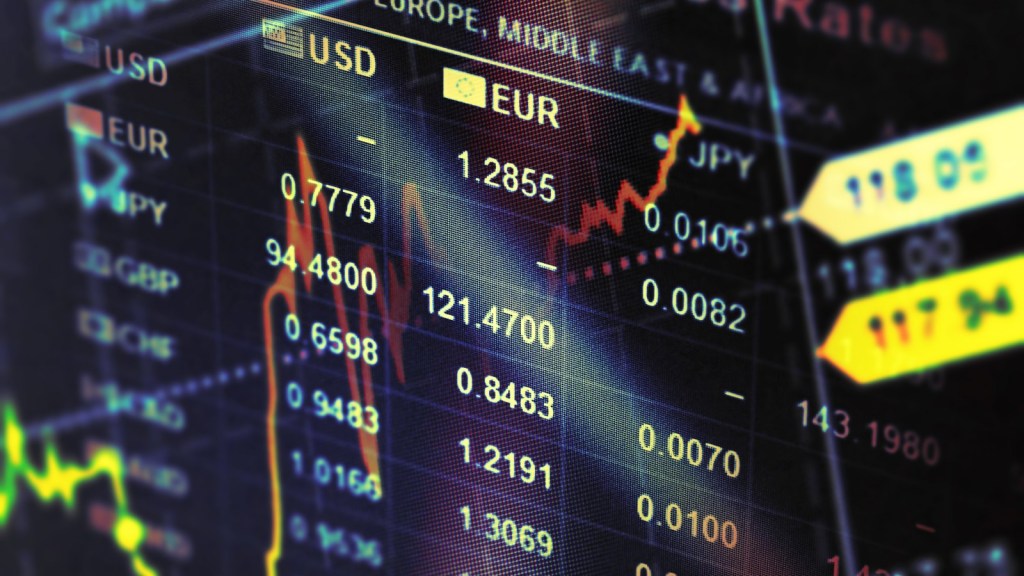 Climate change is all about the Benjamins. Sign as many international climate agreements as you want, you’ve still got to scrounge up about $16.5 trillion for all those solar panels and seawalls.

But that’s just the first row on the climate change balance sheet. Not only does the world have to front a huge amount of money to solve the climate crisis, it’s putting trillions more at risk if it doesn’t — trillions that should be sitting in your pension or retirement fund.

A new study, published on Monday in Nature Climate Change, offers a new way to think about the financial risks of doing nothing.

The study’s authors, based at the London School of Economics and the research firm Vivid Economics, estimate that a business-as-usual emissions path would lead to expected warming of 2.5 degrees C by 2100. Under that scenario, banks, pension funds, and investors could sacrifice up to $2.5 trillion in value of stocks, bonds, and other financial assets. The worst-case scenario, with a 1-percent chance of occurring, would put $24 trillion (about 17 percent of global financial assets) at risk.

This is the first time economists have put climate risk in terms the financial sector understands — and the picture isn’t particularly pretty. Let’s dive in.

Why is climate change so expensive?

Transitioning to a green economy will undoubtedly require a bunch of cash. The nonprofit advocacy group Ceres estimates that we’ll need about $1 trillion annually in investment to shift the world away from fossil fuels. But let’s put that aside for a moment, and talk about what happens if we don’t put up the money. What do we stand to lose?

Climate change can affect the economy in myriad ways; including the extent to which people can perform their jobs, how productive they are at work, and the effects of shifting temperatures and precipitation patterns on things like agricultural yields or manufacturing processes. These factors help determine our “economic output” — all the goods and services produced by an economy. Output is usually measured by tools like the Gross Domestic Product.

Back in October, a study published in Nature estimated that the world could see a 23 percent drop in global economic output by 2100 due to a changing climate, compared to a world with no climate change.

“Historically, people have considered a 20 percent decline in global Gross Domestic Product to be a black swan: a low-probability catastrophe,” said a coauthor of that study, economist Solomon Hsiang of U.C. Berkeley. Instead, he says, “We’re finding it’s more like the middle-of-the-road forecast.”

What other costs haven’t we been counting?

But economic output isn’t the same thing as asset value. There’s a difference between economics and finance, and the Nature Climate Change study targets the latter.

Let’s say a company makes chocolate bars. Climate change might mess with cocoa production or productivity of workers. Maybe some of the bars end up a lil’ melty and misshapen and nobody wants to buy them. All told, the company might see a drop in sales.

If the company’s output drops, that’s one thing. But you also have to think about these losses in terms of what the company’s board of directors has to tell its shareholders and lenders. These investors — the ones who made those chocolate bars possible in the first place, whether through buying stock or granting loans — are expecting returns on their investments (through dividends and interest). Lower output likely means lower returns for them.

Until Monday’s Nature Climate Change study, nobody had really quantified the climate-induced losses at this level. Economic output studies like Hsiang and his collaborators’ are about the actual gears of the economy: the stuff that’s being produced, the way it’s being produced, and the people that are producing it. The LSE and Vivid Economics study is about the money greasing the wheels and the people holding this money. Those are the people who really matter when it comes to a clean energy transition, because they’re the ones with the bank accounts to finance it.

What’s more, corporate boards are legally obligated to make sure those shareholders’ bank accounts look good. This idea — “fiduciary duty” — means that corporate boards and institutional investors like pension fund managers can (must!) take action to further the interests of investors.

Demonstrating the risk climate change poses to financial assets is a way to appeal directly to these responsibilities. For those of us interested in climate action, that’s a good thing.

So how does climate change put these assets at risk?

The authors of the new study write that climate change can affect the value of financial assets in two ways. First, it can just destroy them. If a hurricane wrecks a beachfront hotel, that hotel no longer produces financial value.

Second, climate change can reduce how much a given investment is worth. This point is a little more abstract. One of the things that Hsiang and his colleagues showed in October was that there’s actually an optimal temperature for economic productivity: about 55 degrees F. Any shift in average temperature above that threshold tends to result in less productivity from workers. If workers are less productive but investment levels remain the same, that means those dollars aren’t worth as much in a warming world.

The craziest thing about this argument is that it’s not just about the fossil-fuel industry — it’s about the whole financial sector. Plenty has been written about the potential losses that investors could incur due to continued faith in the fossil-fuel economy. The “stranded asset” argument says that as climate policy makes fossil fuels less and less likely to be burned, investors sitting on fossil reserves won’t be able to make a profit or sell them off.

By broadening this argument to include risks for effectively every investor under the sun, the authors have just turned up the heat on us all.