Clinton is in coal country, and it's getting messy 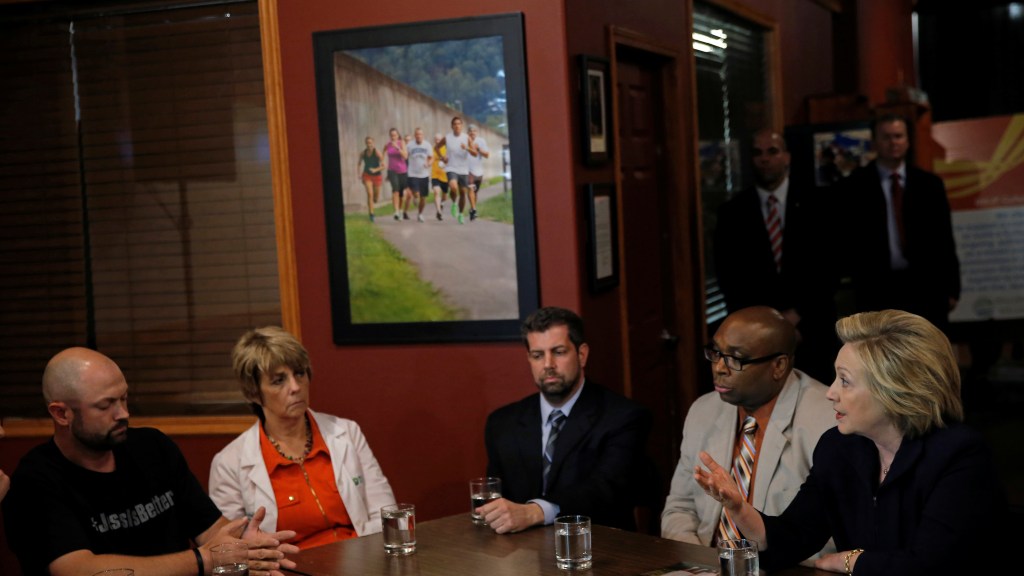 Clinton is in coal country, and it’s getting messy

Hillary Clinton had one hell of a day during part one of her two-day swing through Appalachia.

Holding back tears, an out-of-work coal miner confronted Clinton at a roundtable event in West Virginia on Monday. His concern was with remarks Clinton made on the campaign trail earlier this year about putting coal miners out of business.

“I just want to know how you can say that you’re going to put a lot of coal miners out of jobs and then come here and tell us how you’re gonna be our friend,” former miner Bo Copley told the presidential hopeful, CBS reports.

Clinton apologized, and told Copley that her comments about miners at the CNN town hall in March were taken out of context — which they were. While Clinton did literally say, “We’re going to put a lot coal miners and a lot of coal companies out of business,” she was touting her plan to transition away from fossil fuels and toward a renewable energy economy. The $30 billion plan Clinton outlined would rebuild infrastructure and invest in education, public health, and initiatives to help rebuild communities ravaged by the coal industry.

“I do feel a little bit sad and sorry that I gave folks the reason or the excuse to be so upset with me, because that is not what I intended at all,” Clinton told Copley. “I’m here because I want you to know whether people vote for me or not, whether they yell at me or not, is not going to affect what I’m gonna try to do to help.” Copley, for his part, seemed unconvinced, and told CBS afterward that he was not swayed by Clinton’s apology.

Outside, protesters — whom Copley said he represented — chanted, “Go home, Hillary!” and “Benghazi! Benghazi!,” sounding, for a moment, an awful lot like Congress.

Guess who else showed up to one of Clinton’s events? None other than coal baron Don Blankenship, who was just sentenced a year in prison for creating an unsafe workplace that led to 29 coal workers’ deaths.