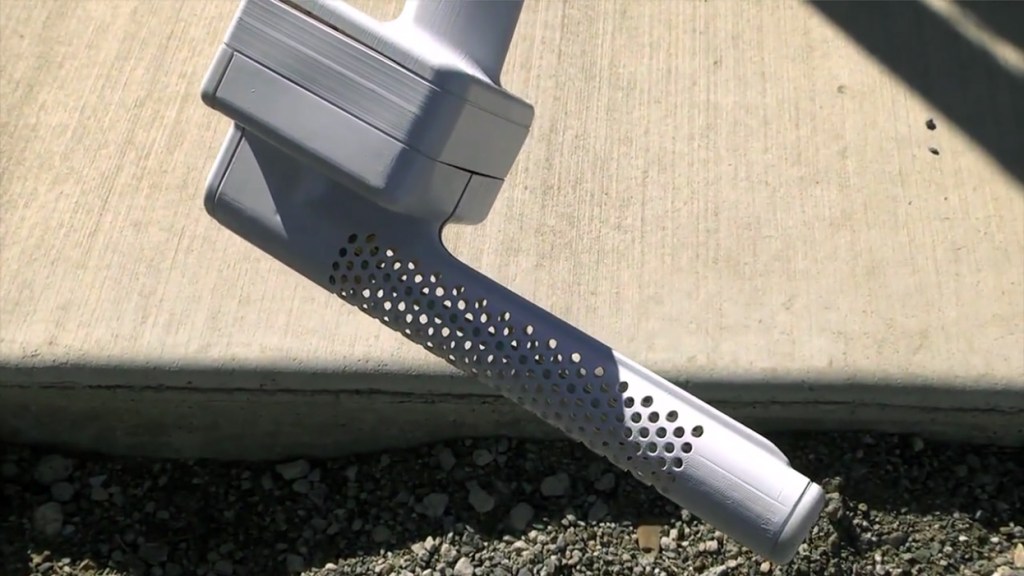 Believe it or not, NASA doesn’t just launch scads of money into outer space: The agency’s Jet Propulsion Laboratory (JPL) may specialize in Mars Rover technology, but it’s also in the process of adapting its space-worthy sensors to detect methane leaks here on Earth.

The sensors in question were originally developed to help scientists sniff for life on Mars (because, ironically, methane is believed to be a good predictor of life on other planets). Since methane is the second most common greenhouse gas emitted in the U.S., and it makes up 95 percent of the natural gas in our pipelines, any technology that makes it easier to find and eliminate leaks could be hugely beneficial for the planet.

The martian detectors — officially known as tunable laser spectrometers — are one-foot long, hand-held devices that will help utility workers find leaks along natural gas pipelines. JPL is also partnering with Pacific Gas & Electric, a California-based utility, to put the methane sensors into drones. The new technology, according to the utility, is already 1,000 times more powerful than current utility companies’ detection methods. The finished product will be cheaper and easier to use, the scientists reported, just moments prior — we assume — to collectively shouting, “Eureka!”

And here’s where it gets weirder: Fast Company reported that NASA and PGE are testing the technology in a Hollywood-style movie set that looks like fake suburban town, with fake suburban homes, and little fake suburban garages. And, there in the little fake backyards, the scientists track down methane leaks with the handheld sensors. Oh, NASA, you never fail to fill us with awe, admiration, and the bigtime creeps.

This methane detector isn’t the first hand-me-down that NASA has shared with earthling companies. In fact, spacenaut research has already made its way into countless (but if you must count, here are 44 for starters) consumer products, from skin cream to scratch-resistant lenses to your precious memory foam mattress. Why pawn out their brain children so readily? Because, in fact, NASA collects revenue from licensing patents to third parties and partnering with outside organizations. Money!

Despite deploying some Stepford-worthy testing methods, NASA’s super scientists could slow methane from leaking all over the damn place — and we like that a lot. So keep bein’ creepy, NASA. It’s working for all of us.