Gold King Mine still leaking one year after spill 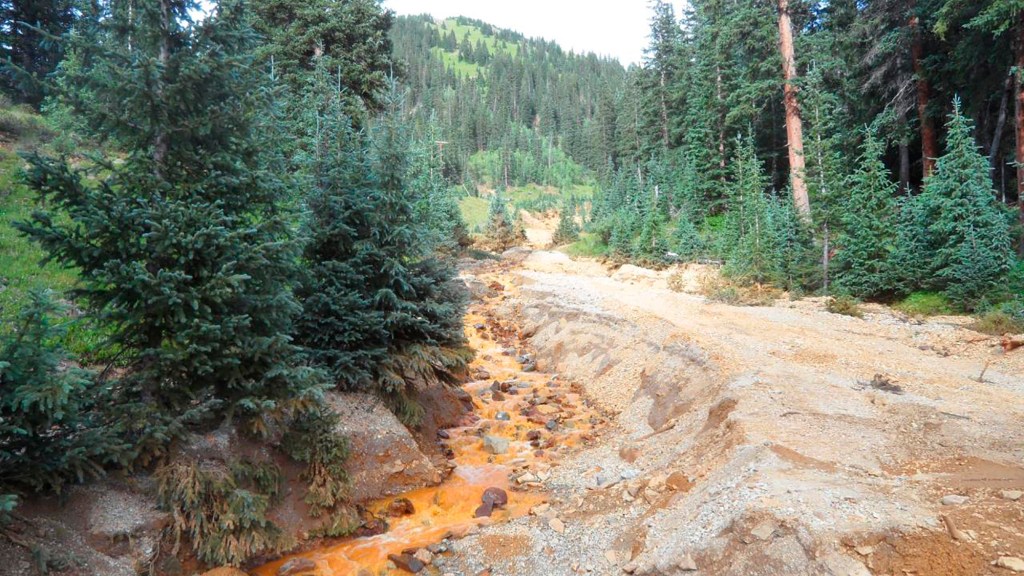 Yellow mine waste water from the Gold King Mine is seen in San Juan County, Colorado. August 7, 2015. REUTERS/EPA
gold rush

Gold King Mine still leaking one year after spill

One year ago, Environmental Protection Agency contractors inadvertently leached wastewater from an abandoned gold mine into the Colorado’s Animas River — turning it a lovely shade of brown.

It caused a shutdown of the popular recreational river for eight days and flowed as far as Lake Powell, which supplies much of the region’s water for drinking. Two thousand Navajo farmers and ranchers were unable to water or irrigate their crops after the accident, and officials with Navajo Nation declared an emergency in the wake of the accident.

Today, metal-laden water is still contaminating the river at 500 gallons a minute, Colorado Public Radio reports. The only improvement is that the polluted water is now getting filtered at a temporary treatment plant.

The Gold King Mine spill exposed an problem endemic to western U.S. There are 161,000 similar abandoned mines across 12 states, with an estimated 20 percent, or 33,000, polluting groundwater and environment.

The federal government has undertaken some actions in response to the spill, but the larger troubles remain. Republicans used the occasion to highlight the incompetence of federal bureaucrats; the Justice Department began a criminal inquiry into the spill; and the EPA delegated $3.7 million (and counting) in emergency response and water quality monitoring.

Little of this addresses the mines that are still there, are still dirty, and still threaten western water supplies — water that is becoming increasingly valuable as climate change and extended droughts dry up the West.