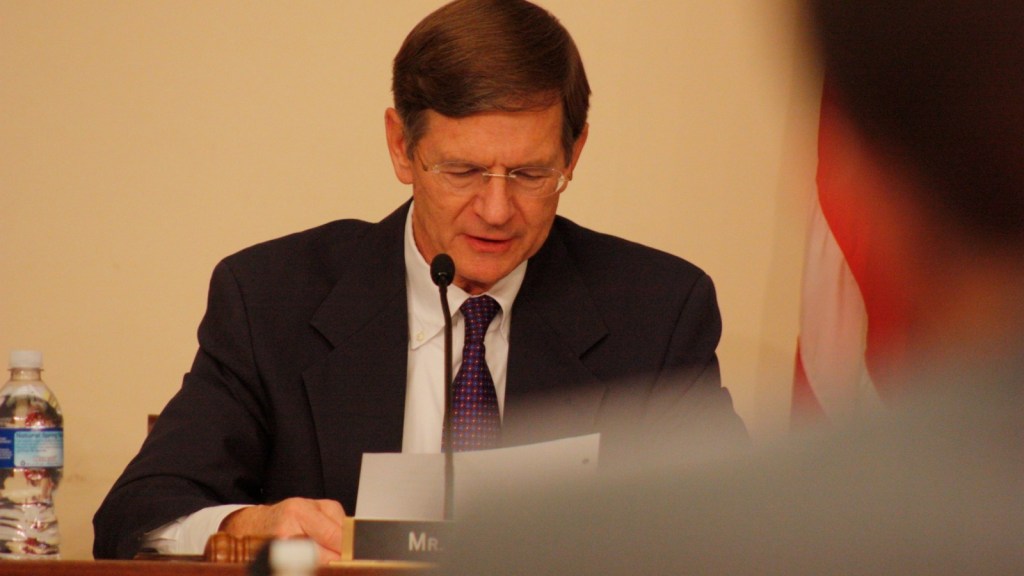 Lamar Smith is at it again.

Smith, chair of the House Science Committee and — ironically — a noted climate change denier, has a history of harassing scientists. The Texas Republican has particularly targeted Kathryn Sullivan, a former NASA astronaut and the first American woman to walk in space, and now head of the National Oceanic and Atmospheric Administration.

The conflict goes back to last year, when Smith began demanding that NOAA turn over internal documents related to a study he objected to. The study revised earlier findings that there has been a “pause” in global temperature rise at the beginning of this century.

Here’s Smith’s objection in his own words, from an op-ed published in the conservative Washington Times:

NOAA often fails to consider all available data in its determinations and climate change reports to the public. A recent study by NOAA, published in the journal Science, made “adjustments” to historical temperature records and NOAA trumpeted the findings as refuting the nearly two-decade pause in global warming. The study’s authors claimed these adjustments were supposedly based on new data and new methodology. But the study failed to include satellite data.

There is no validity to Smith’s claim, according to actual scientists, but that didn’t stop him from subpoenaing NOAA emails containing the words “temperature,” “climate,” “change,” “U.N.” “United Nations,” “clean power plan,” “regulations,” “Environmental Protection Agency (EPA),” “President,” “Obama,” “White House,” and more. NOAA has turned over some documents, but not as many as Smith would like, arguing that this would be a massive burden on agency scientists, who are supposed to be doing, you know, science.

Smith used a hearing on Wednesday about NOAA’s budget to revisit the issue. The congressman, who has received more than $600,000 in donations from the fossil fuel industry, objects to NOAA’s proposed budget for 2017, which earmarks $190 million for climate change research and $100 million for weather forecasting.

He then proceeded to harangue Sullivan about that NOAA study (again), accusing the agency of manipulating data to support President Obama’s clean energy proposal. “It was published just before the administration was about to propose its final Clean Power Plan regulations at the U.N. Paris Climate Change Conference,” he said.

Sullivan wasn’t having it. “I stand by the integrity and quality of the study,” she told Smith, and assured him that the agency is working to comply with his subpoena.

But regardless of how many documents NOAA turns over, it looks like Lamar Smith is just getting warmed up for his fight against science.