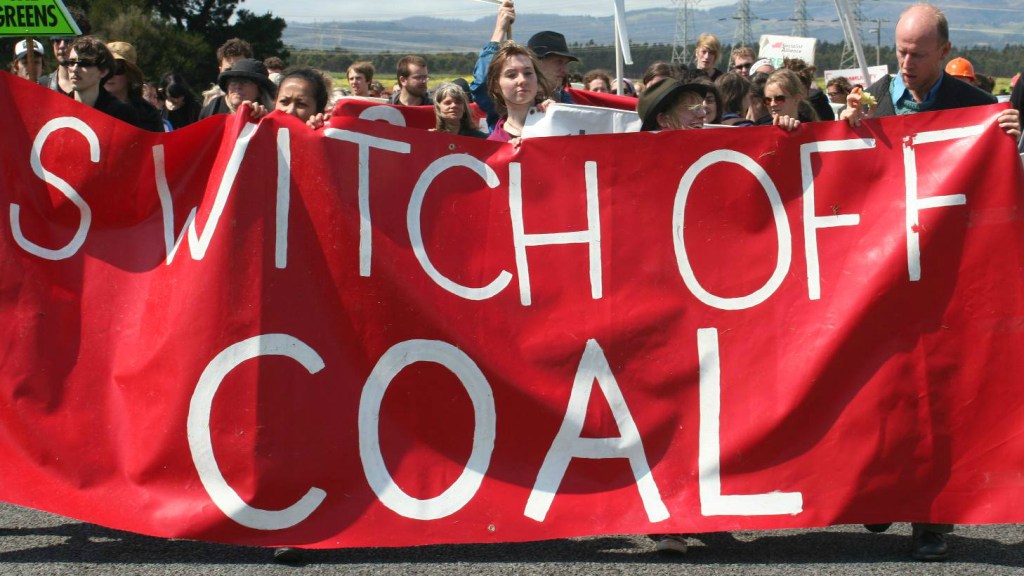 Takver
Old king coal is on the dole

The federal government’s outdated programs that lease public land for fossil fuel extraction are a subsidy for climate pollution, as has been noted before by green groups, think tanks, and Grist writers. Selling leases to mine coal or drill for oil or gas at below-market rates encourages more consumption of those fossil fuels by lowering their prices. That’s precisely the opposite of what we should be doing, of course, which is making fossil fuels more expensive to encourage a shift to cleaner alternatives.

Over the past year, climate activists have launched campaigns aimed at abolishing these fossil fuel leasing programs, or at least reforming them. Now Greenpeace is trying a new approach to that end: In a report called “Corporate Welfare for Coal,” released Thursday, the group calls out the corporate welfare kings by name. These aren’t ma-and-pa coal mining operations getting a helping hand from Uncle Sam. It’s the biggest coal companies in the country that are the most dependent on dirt-cheap federal coal.

“Three companies in particular dominate federal coal production: Peabody Energy, Arch Coal, and Cloud Peak Energy,” Greenpeace notes. “In part because of their access to subsidized federal coal, these companies have grown to become the three largest coal producers, accounting for about 40% of all the coal mined in the U.S. Federal coal accounted for 88% of Cloud Peak Energy’s total coal production, 83% of Arch Coal’s, and 68% of Peabody Energy’s total 2014 US coal production.” Even though the government keeps shoveling cheap coal into their coffers, declining demand, as utilities shift to natural gas and as renewables are rapidly deployed, has lead Arch to declare bankruptcy and Peabody to teeter on the brink.

In short, coal giants are getting most of their product from public land, under a program that loses money for the federal government. Instead of letting their industry die the natural death it deserves, we’re keeping the companies on publicly funded life support. So much for ruggedly independent capitalism; the coal industry is living off your tax dollars.

The report goes on to detail more obscure ways that federal coal is subsidized, such as the Department of Interior granting reductions in royalty rates to coal companies, and coal companies underestimating the amount of coal they will extract from leases, which lowers the sale price. All of these practices, not just the top-line price, need to be changed.

The Obama administration announced in January that it would reevaluate the coal leasing program with an eye to reforming it, apparently intending to charge at least market rates and perhaps even account for the social cost of carbon pollution. And while it considers those changes, it put a stop to selling new leases. But it’s unclear how far the reform efforts will go.

One of the challenges to fossil fuel leasing reform is its lack of political appeal. While government action to limit carbon emissions, such as the Clean Power Plan, polls well, so does domestic fossil fuel production. The average voter accepts climate science and wants a clean environment. But she worries most about the economy and national security. Hoping that unlimited access to cheap energy will power job growth, and wishing for the imaginary goal of fossil fuel–based “energy independence,” she supports policies such as offshore oil drilling.

Until about a year ago, President Obama’s energy policy catered to all of these contradictory impulses. He raised fuel efficiency standards in automobiles and regulated pollution from coal-fired power plants, while also opening new areas to offshore drilling and leaving the outdated fossil fuel leasing program unchanged. More recently, as he nears the end of his presidency, he has started to lean toward climate protection rather than fossil fuel development. But even the Department of Interior’s decision this week to remove the Atlantic Coast from offshore drilling came alongside decisions to keep the Arctic and the Gulf Coast open to oil and gas exploration. That probably reflects the fact that drilling is popular in Alaska and Gulf Coast states and unpopular along the Southeastern coast.

After all the hysteria on Fox News about Solyndra, you might think that the coal leasing program would draw some protest from conservatives. Don’t hold your breath waiting for it. While the Interior Department works on reforming coal leasing, Republicans and business interests are already attacking the move as part of a “war on coal.” When a halt to current leasing was announced in January, Sen. John Barrasso (R-Wyo.) wailed, “There seems to be no limit to the number of job-crushing regulations, executive orders and insults [Interior Secretary Sally Jewell] and President Obama will throw at America’s middle class.”

Greenpeace points the way toward a sharper-edged political attack on federal fossil fuel leasing programs. Voters may support dirty fuel extraction in general, but that doesn’t mean they want to subsidize it with their own tax dollars. Attacks on crony capitalism, in which corporations use their political influence to bilk the public, are proving especially effective this election cycle. Just ask Bernie Sanders, or even Donald Trump. If progressives and environmentalists frame coal leasing reform as cutting corporate welfare, it might be more broadly appealing.