Obama gets riled up about Trump and climate change 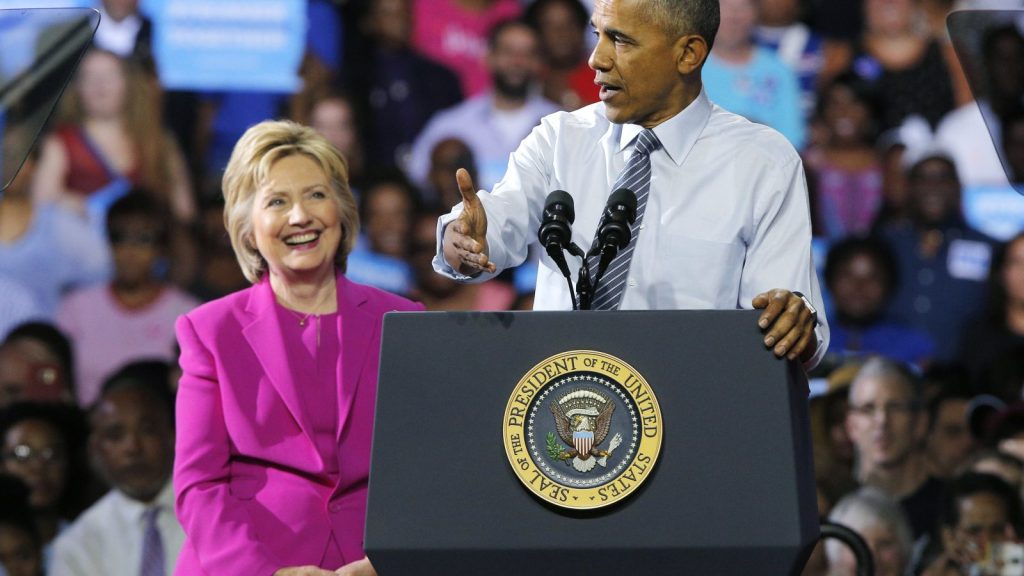 Obama gets riled up about Trump and climate change

President Obama and Hillary Clinton looked more like old friends than old rivals at their first joint campaign rally in Charlotte, North Carolina. Both heaped praise on the other — she’s the most qualified candidate in history; he has a nice smile — and then got down to the business at hand: attacking Donald Trump.

Unlike at a Trump rally, where concern for climate change is considered a character flaw, the issue was front and center at Tuesday’s event. Obama in particular praised Clinton’s work setting the groundwork for the Paris Climate Accord when she was secretary of State, while noting that her opponent wants to pull the U.S. out from the hard-won agreement:

With Secretary Clinton’s help, America ultimately led nearly 200 other nations to an agreement to save this planet for future generations.

Now, maybe — maybe you don’t care about this. Maybe you think 99 percent of scientists are wrong … But the point is, we’re not done with this, so where we go from here is up to you.

You can vote with the climate deniers who want to tear up the agreements we’ve crafted and doom our kids to a more dangerous world, or you can vote to keep putting people back to work building a cleaner energy future for all of us.

It’s a message that may resonate with North Carolina voters: While Democratic presidential candidates have only won the state twice since 1970, a 2014 Sierra Club poll found more than 60 percent of voters wanted action on climate change.