Olympians prepare for a “petri dish of pathogens” 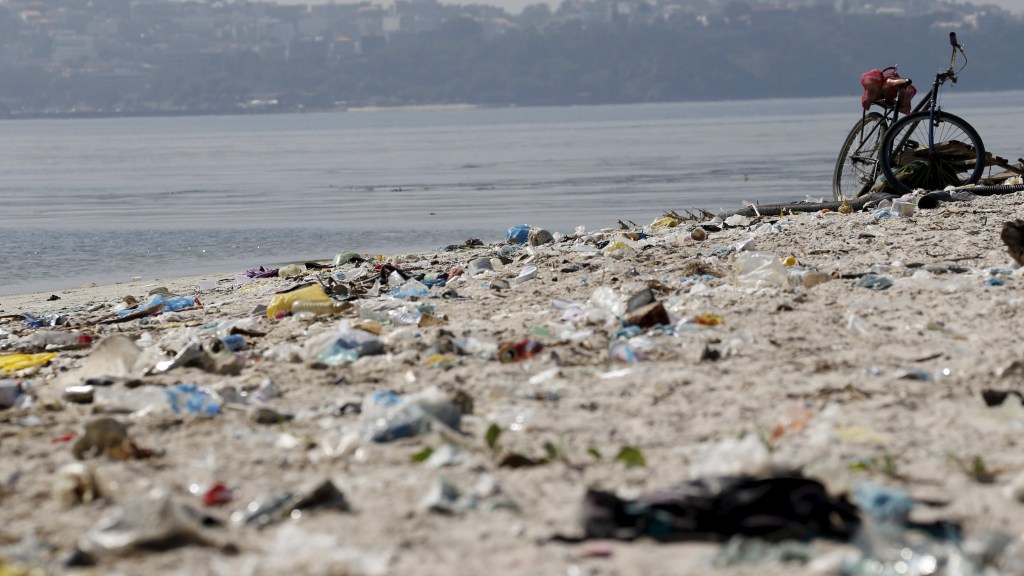 REUTERS/Sergio Moraes
there's something in the water

Olympians prepare for a “petri dish of pathogens”

The world’s greatest athletes head to Rio de Janeiro, Brazil, this week for the 2016 Summer Olympic Games. Those competing in Rio’s waters, though, will have more than just medals on the mind.

That’s because the waterways of Rio, as any resident of the embattled city probably could have told you, are dumping grounds for toxic chemicals, untreated sewage, garbage, and dead bodies. The contamination of Rio’s waters — including Guanabara Bay, where the sailing teams are practicing — is undeniable. And, as the New York Times reported yesterday, recent tests showed a “petri dish of pathogens,” including rotaviruses and drug-resistant super bacteria.

But this is the Olympics and the show must go on, despite public health concerns, a presidential impeachment scandal, and a host city that’s under a declared state of financial emergency. When it comes to water, the International Olympic Committee insists areas where athletes are to compete will meet World Health Organization standards. Still, to be on the safe side, as a 24-year-old Dutch sailing team member explained to the Times, “We just have to keep our mouths closed when the water sprays up.”

The water has been making Rio’s poor sick for decades. Hepatitis A, a waterborne disease, is widespread among residents of the city’s sprawling favelas. Lack of sanitation has also exacerbated the spread of the Zika virus. The Times reports that Brazil pledged to spend $4 billion to stem the flow of untreated sewage into its waters back in 2009, when it was angling for its Olympic bid. In fact, only about $170 million has been spent, a discrepancy that state officials blame on a budget crisis.

Meanwhile, at least 77,000 people faced forced, violent evictions from their homes leading up to the Olympic Games, despite having legal titles to their homes.

The Olympics are often, and controversially, hailed as an opportunity for development and improved infrastructure in the host country. But development, as David Zirin writes in an excellent article for the Nation, is most likely to benefit Brazilian elites, who view the Olympics as “a neoliberal Trojan horse allowing powerful construction and real-estate industries to build wasteful projects and displace the poor from coveted land.”

As for improved infrastructure, the fact that some of the world’s top athletes will have to compete in a “petri dish of pathogens” is pretty disheartening. If Rio’s waters weren’t cleaned up for some of the most highly valued bodies in the world, how much hope is there that they’ll be brought down to safe levels for the city’s actual residents, once the international media has packed up and gone home?