Hate crappy trade deals? This free concert is for you. 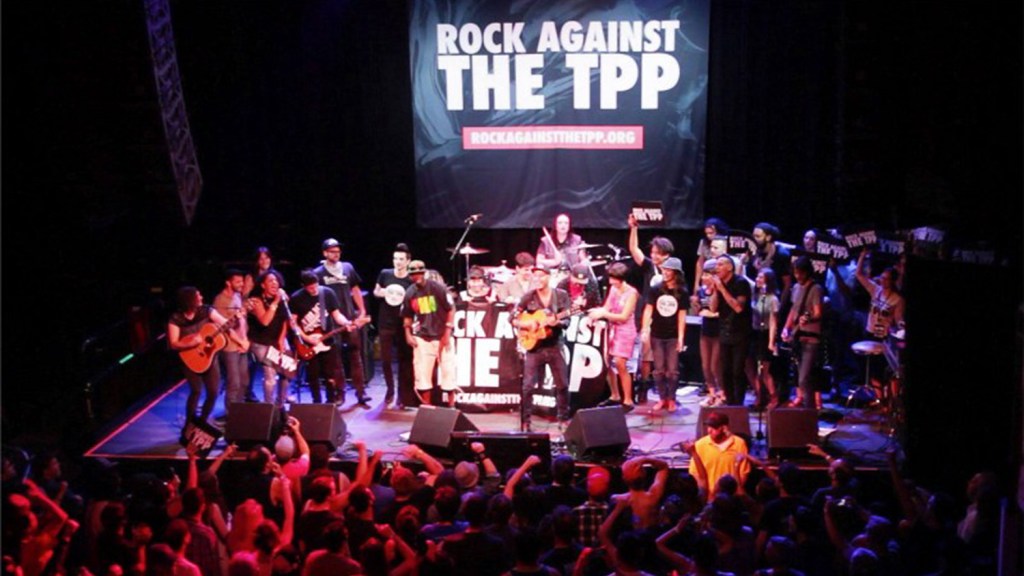 Fight for The Future
deal with it

Hate crappy trade deals? This free concert is for you.

A group of musicians are on tour protesting against the Trans-Pacific Partnership (TPP), a murky global trade deal that could strike a blow to human rights, labor, and the environment.

Rock Against the TPP will bring Talib Kweli, Tom Morello, cofounder of Rage Against the Machine, Anti-Flag, and many more to a venue near you. Even better, the tickets are free. The tour kicked off in Denver, and is headed to San Diego this Saturday. More stops are planned in Seattle and Portland in August.

Despite stiff opposition, Obama has pushed to fast-track TPP through Congress; some protestors heckled Obama against the trade agreement during his primetime speech at the Democratic National Convention on Wednesday. Hillary Clinton, meanwhile, has been wishy-washy about the whole thing.