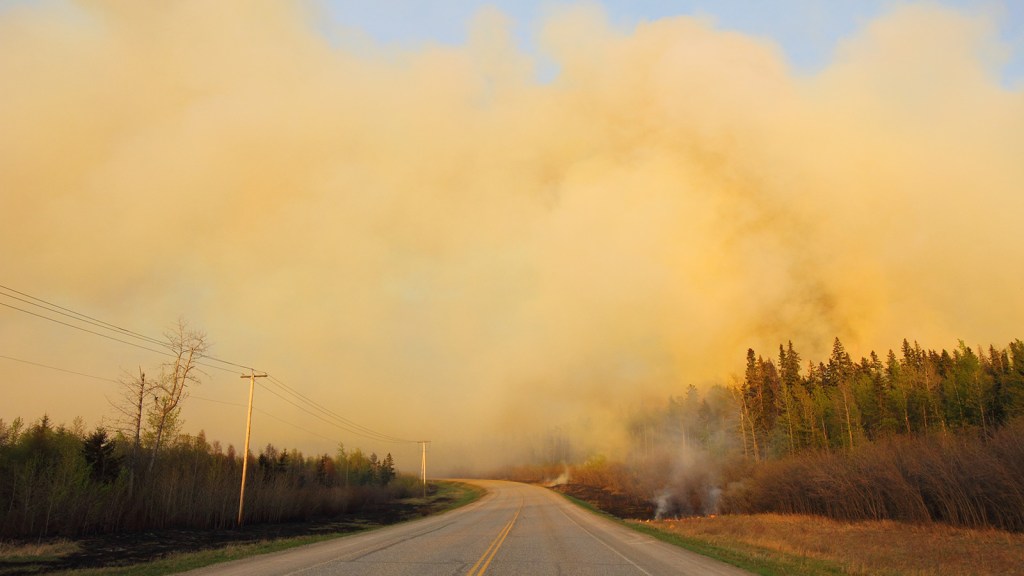 Nearly two weeks after a wildfire first tore through Fort McMurray, the Canadian oil town’s air pollution index is off-the-charts at 38 — on a scale of one to 10.

The air quality scale measures contaminants, smoke, ozone, and nitrogen dioxide, none of which is good to be breathing in. The fire has forced 90,000 people to leave their homes, and as of Monday, thousands more had to evacuate an area north of the city.

The poor air quality could be a problem for days, affecting when residents can return.

“This is something that could potentially delay recovery work and a return to the community,” Alberta Premier Rachel Notley said, reports the Ottawa Citizen.

Rescue workers currently are wearing respirators. Officials said they hoped to have a timeline for Fort McMurray residents at the end of next week. But air quality concerns affect a larger swath of territory than the evacuated areas. Air quality alerts have been issued for the city of Edmonton, more than 200 miles away from Fort McMurray.