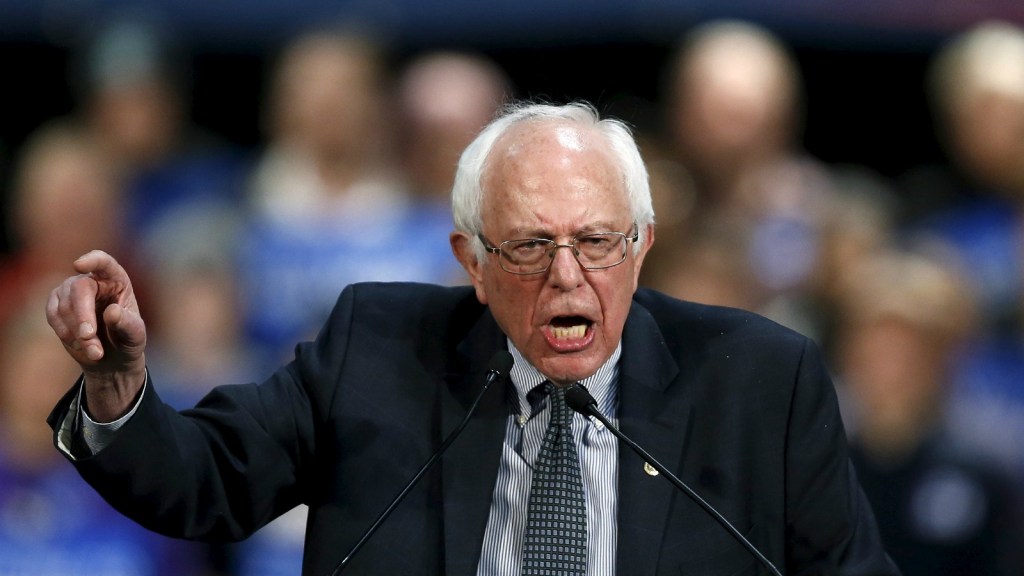 Presidential candidate Bernie Sanders visited the Vatican on Friday to address a conference on social, economic, and environmental justice. Pope Francis, who is currently in Greece addressing the Syrian refugee crisis, was not in attendance, but Sanders praised the pontiff’s commitment to social justice and made several pointed remarks on the rising inequality between the world’s rich and everyone else — and how that wealth inequality affects the planet.

An excerpt from his speech:

The widening gaps between the rich and poor, the desperation of the marginalized, the power of corporations over politics, is not a phenomenon of the United States alone. The excesses of the unregulated global economy have caused even more damage in the developing countries. They suffer not only from the boom-bust cycles on Wall Street, but from a world economy that puts profits over pollution, oil companies over climate safety, and arms trade over peace. […]

Our youth are no longer satisfied with corrupt and broken politics and an economy of stark inequality and injustice. They are not satisfied with the destruction of our environment by a fossil fuel industry whose greed has put short term profits ahead of climate change and the future of our planet. They want to live in harmony with nature, not destroy it.

Sanders’ comments mirrored much of what he has been saying on the campaign trail, but some in the church doubt the Senator’s appearance at the Vatican will have much of an impact on Catholic voters. “I don’t think that Bernie Sanders going to the Vatican is going to help Bernie with Catholics any more than Ted Cruz going to a matzo factory is going to help him with the Jewish vote,” Matt Malone, editor of Jesuit magazine America, told the Associated Press, pointing out that conferences such as this are exceedingly common, and the Pope rarely attends.

You can read the full text of Sanders’ speech here.