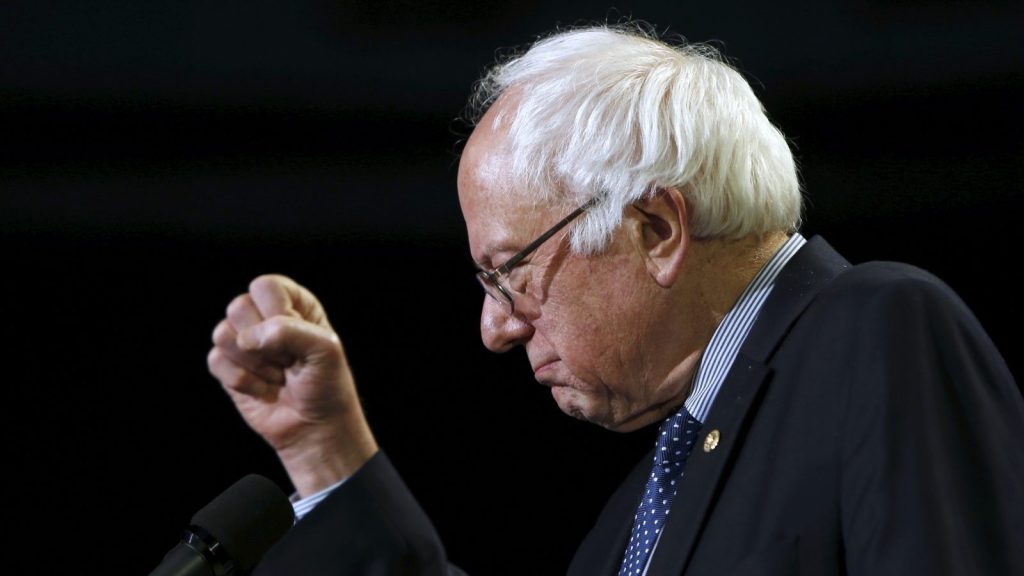 In theory, Hillary Clinton should have no trouble appealing to primary voters in coal country. Last year, she put forward what amounts to a stimulus package for revitalizing Appalachia, proposing a $30 billion investment in job training, education, and health programs for hard-hit coal miners. She earned an early endorsement from pro-coal West Virginia Democrat, Sen. Joe Manchin last fall. Recently, in a February presidential debate, Clinton made overtures to coal-sympathetic blue-collar voters by pointing back to her plan: “You know, coal miners and their families who helped turn on the lights and power our factories for generations are now wondering, has our country forgotten us?”

And yet, Clinton can’t catch a break in West Virginia. She’s losing to an opponent who says things like, “To hell with the fossil fuel industry” — and she’s losing by nearly a 2-to-1 margin.

That’s quite a change from the last time Clinton ran for president. In 2008, Clinton won 67 percent of votes in West Virginia’s primary, compared to Barack Obama’s 28 percent.

West Virginia’s primary is late in the election season — in May — but Sanders’ rise may offer some interesting lessons nonetheless about whether a strong climate platform is a big deterrence. His strong endorsement of climate change policies like a carbon tax and interest in banning fossil fuel production would seem to be a turn-off for West Virginia. And his sympathy for coal miners sounds no different from Clinton’s. “What we have to say is, ‘Look, through no fault of your own, you’re working in an industry which is helping to cause climate change and in fact having a negative impact on the country and world,’” Sanders told The Washington Post last year. “What the government does have is an obligation to say: ‘We’ll protect you financially as we transition away from fossil fuel.”

Then why are pro-coal voters overlooking Sanders’ aggressive support for climate action?

One theory is that Clinton’s ties to Obama (who only had 24 percent support in West Virginia) and his plan to regulate carbon pollution from coal-fired power plants make her particularly unpopular there. The only problem with that theory is Sanders too backs regulating coal plants, and wants to go even further.

Another theory is that Sanders’ populist, anti-corporate message is resonating with young and blue-collar voters. Remember, this is a state that just fined and jailed Freedom Industries executives for a 2014 chemical spill. Sanders has used working-class economic concerns to appeal to West Virginia, saying in the fall, “We have millions of working-class people who are voting for Republican candidates whose views are diametrically opposite to what voters want. How many think it’s a great idea that we have trade policies that lead to plants in West Virginia being shut down? How many think there should be massive cuts in Pell grants or in Social Security? In my opinion, not too many people.”

A second, important, factor is that coal represents a shrinking portion of Appalachia’s economy. It means both pandering to coal miners and claims of a “war on coal” to stop climate change may resonate less today than they did a decade ago. A statewide survey in 2014 after the Freedom Industries’ spill showed that environmental issues like clean water are key priorities for West Virginians, as well. David Weigel also offers the theory that Clinton’s landslide in 2008 had more to do with white voters’ backlash to Obama than Clinton’s popularity.

If Sanders’ rise in coal territory shows one thing, it’s that candidates can embrace strong action on climate change and still manage to earn support in Appalachian counties.