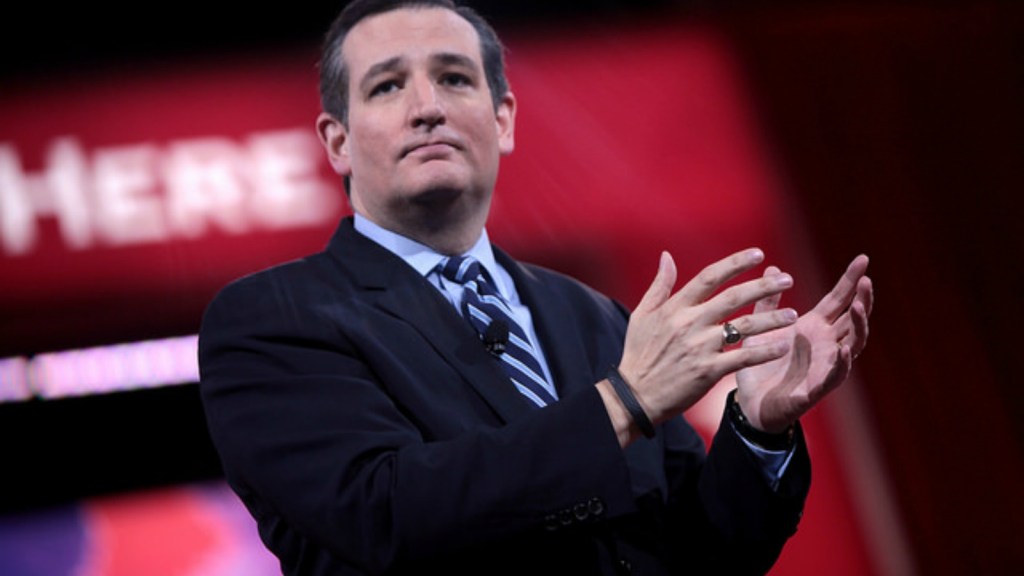 Stage fright is a real affliction that affects us all in different ways. For Ted Cruz, on the eve of a presidential debate in his home state of Texas, stage fright apparently involves withholding disaster funding for a community that’s endured an enormous injustice.

On Thursday, the Senator from Texas and Republican presidential candidate put a so-called “soft hold” (a temporary delay) on the aid package meant to deliver $850 million in aid to help the victims of the water crisis in Flint, Mich. The money would go to repairing faulty water infrastructure in Flint and other cities, namely those facing similar lead crises. Politico reports that Cruz said he needed more time to study the proposal’s details, while Environment and Public Works Committee Chairman Jim Inhofe (R-Okla.) also confirmed that the deal was on hold, just hours before the GOP presidential debate.

Senate Democrats involved with the proposal were irked by the holdup, saying that they had made several cuts to appease Republicans and push the program through. The bipartisan bill, reportedly supported by Democrats and Republicans alike, would devote $100 million in loans to address drinking water emergencies, $70 million in credit subsidies for upgrades to water infrastructure, and $50 million for public health and education efforts. Some Republicans, Cruz likely among them, fear the bill could set an expensive standard for how the government deals with other crises, like the Zika virus outbreak.

Cruz in particular has been intentionally, unabashedly selective in his distribution of aid to the victims of Flint’s poisoned water. Last month, after publicly stating that “every American is entitled to have access to clean water,” Cruz’s presidential campaign began handing out water bottles to Flint’s thirsty residents — well, those who visited one of the city’s four crisis pregnancy centers, which are essentially just anti-abortion organizations. It was a PR stunt meant to call attention to what Cruz’s Michigan campaign leader Wendy Lynn Day called a demonstration of “the pro-life values of Senator Cruz.”

But to judge by history, Cruz isn’t against using federal aid to help communities facing environmental disasters at all — at least, not when that use can benefit him politically. In 2015, Cruz asked for federal money to help people in his home state of Texas after a series of damaging floods. When it came to aiding his own constituents, he said, “the federal government’s role, once the Governor declares a disaster area…[has] statutory obligations in stepping in to respond to this natural disaster.”

Lead poisoning, which causes neurological, behavioral, and physical impairments, is already rampant in Flint. It’s shocking that Cruz continues to block a remedy for a dire situation — but then again, coming from a man who contributed less than 1 percent of his income to charity, perhaps it shouldn’t really come as a surprise.

But withholding disaster relief funding may come at a cost for Cruz. The Republican presidential primary in Michigan on March 8 is fast approaching, and residents without clean water in Flint now have one candidate on whose padded shoulders to squarely place the blame.