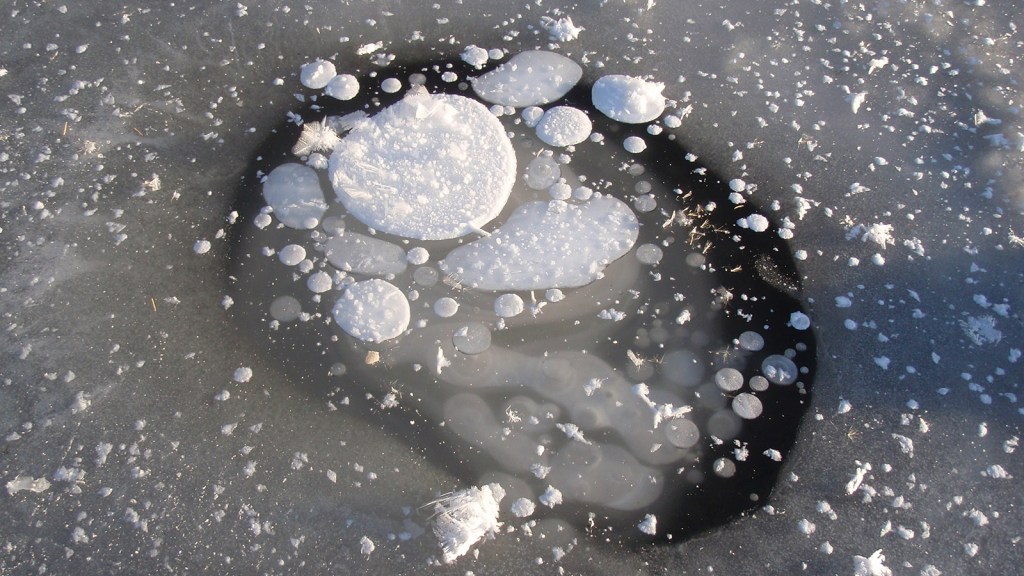 Some things get better when you take them out of the freezer. Ice cream, for example, is unarguably more delicious when it gets a little melt-y. (Unarguably, I say! Come at me, trolls.) But other things get remarkably worse. Take bananas — the next time you whip up a smoothie, leave the frozen banana to defrost on your counter and watch in horror as it turns into a yellowish brown pile of watery mucus.

And then there’s permafrost: You don’t even want to know what happens to that shit when it thaws … but actually, it’s pretty important when it comes to climate change, so let’s talk about it.

Permafrost is basically soil that stays frozen all year long. Because it never melts, it holds thousands of years worth of dead plants and their carbon. About 24 percent of land in the Northern Hemisphere is covered with the stuff. But here’s Chris Mooney at the Washington Post on what might happen to all that frozen dirt as the earth gets warmer:

As permafrost thaws, microbes start to chow down on the organic material that it contains, and as that material decomposes, it emits either carbon dioxide or methane. Experts think most of the release will take the form of carbon dioxide — the chief greenhouse gas driving global warming — but even a small fraction released as methane can have major consequences. Although it doesn’t last nearly as long as carbon dioxide in the atmosphere, methane has a short-term warming effect that is many times more powerful.

So, Mooney explains, thawing permafrost would classify as one of those juicy “positive feedback” cycles that make climate change so exciting in that life-is-an-action-movie-and-someone-will-save-us-in-the-end-right?-RIGHT?!! sort of way:

Kevin Schaefer, a scientist with the National Snow and Ice Data Center at the University of Colorado in Boulder, told Mooney that the latest IPCC climate projections didn’t account for thawing permafrost because this area of research is relatively new. Still, early estimates show that permafrost could be emitting an average of 160 billion tons of carbon per year by the end of the century.  Which would be bad since, according to the National Academy of Sciences, we need to keep atmospheric carbon below 1,100 billion tons if we want to limit warming to 2 degrees Celsius.

Of course, this is climate science, so uncertainties abound. As Schaefer pointed out, scientists are only beginning to understand the implications of thawing permafrost. Still, it seems like something worth paying attention to … kind of like that pile of watery banana-mucus you left on your kitchen counter.