5 years after a deadly coal mine disaster, what's changed? 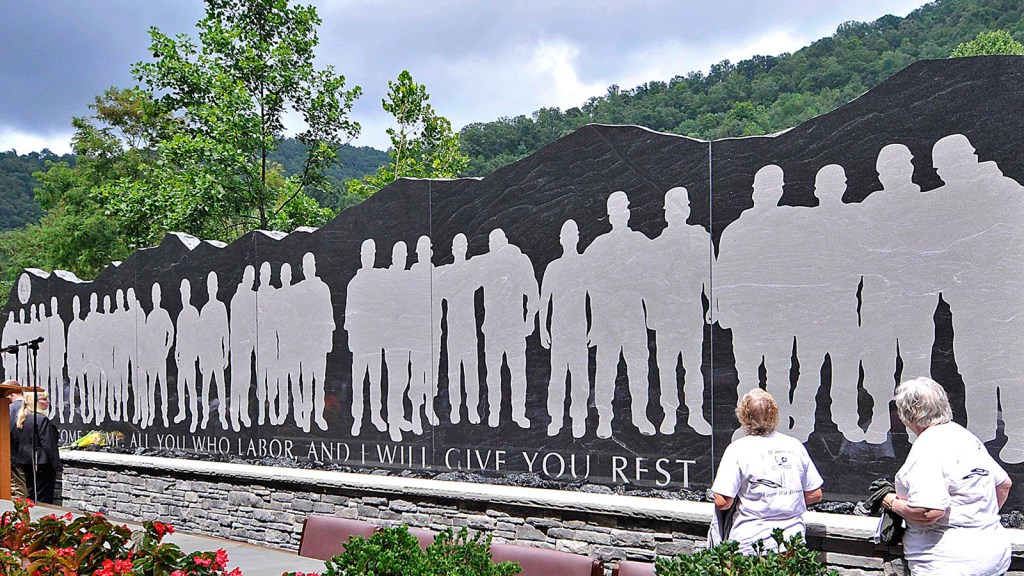 5 years after a deadly coal mine disaster, what’s changed?

It was mid-afternoon on the Monday after Easter, April 5, 2010, when a 1,000-foot longwall shearer, a massive piece of industrial coal-mining equipment, bit into sandstone, kicking up sparks and igniting a methane fireball that traveled down the Upper Big Branch mine in Raleigh County, W.Va., into an area rich with coal dust.

The resulting explosion ricocheted in several directions, tearing through two and a half miles of mine, killing 29 of 31 men working in the area and searing the mine into history as the site of the most deadly coal-related disaster in nearly 40 years.

Five years later, the explosion continues to reverberate, in the courts and elsewhere.

Former Upper Big Branch supervisor Gary May was sentenced to 21 months in prison after pleading guilty to disabling a methane gas monitor, falsifying mine records, and generally obstructing safety inspectors. David Hughart, a former Massey Energy executive, was sentenced that same year to 42 months on conspiracy charges for making sure officials at Massey mines were warned ahead of safety inspections. Hughart never worked at Upper Big Branch, but state and federal investigators reported a similar warning system contributed to the explosion.

May and Hughart are minnows compared to Appalachian coal’s longtime apex predator, former Massey Energy CEO Don Blankenship, aka the Dark Lord of Coal Country, who faces criminal charges that could put him behind bars for 30 years.

Blankenship’s trial is scheduled to start April 20, but unlike his underlings, he has no plans to seek a plea deal. His life since joining the coal industry in the early ’80s has been marked by an indomitable will to win, whether fighting the United Mine Workers in a labor dispute that turned violent, using mountaintop removal and longwall mining to boost production numbers and give Massey a competitive edge to devour its competitors, or striding into the political arena to turn West Virginia from a Democratic stronghold into a bastion of conservatism.

But a lot can happen in five years, and the playing field has changed dramatically since the Upper Big Branch explosion.

Coal country has grown increasingly hostile for a native son and industry baron.

Blankenship was born in Kentucky and raised in southern West Virginia. That history and his commitment to living in the region where he grew up gave him credence and a firewall against criticism from outsiders. That’s completely changed.

Lawyer Bruce Stanley, who’s faced Blankenship repeatedly in court over the years, estimates that 50 miners died in Massey’s mines between 2000 and 2011. Federal and state reports on Upper Big Branch indicate that many if not all of those deaths were preventable, had the company followed correct safety procedures.

Southern West Virginia’s hostility toward Blankenship stems from more than just mining deaths, though. Blankenship and Massey literally poisoned the well, according to a court case that was settled in 2011. The company and its offshoots allegedly dumped 1.4 billion gallons of coal slurry, a nasty chemical concoction used to strip coal of its worst contaminants, into abandoned mines that leaked into the drinking water of Blankenship’s neighbors near the Tug Fork River. While his neighbors fell prey to a variety of maladies, Blankenship sidestepped the problem by running a private line of municipal water to his house from nearby Matewan.

It’s no wonder Blankenship’s legal team says he can’t get a fair trial in southern West Virginia. In fact, a pretrial motion asking to loosen his travel restrictions indicates that Blankenship no longer resides in West Virginia, but now considers Nevada as home.

Coal jobs have been declining for decades due to technological advances that require fewer workers. The fracking renaissance and its natural gas and oil boom has made coal less attractive for power production, and the price for metallurgical steel has dropped amid an economic slowdown in China and increases in Australian production.

That all makes the relatively marginal mines in Appalachia look even weaker by comparison. Despite the use of mountaintop removal and longwall mining to cut production costs and scrape the last coal out of the region’s increasingly difficult-to-access coal seams, a growing number of mines have been idled and production is down, leading to a period of consolidation. Massey was bought out by Alpha Natural Resources not long after Blankenship left. That trend has continued more recently, leaving a smaller number of larger companies within American coal.

The regions of Appalachia that produce the most coal have for decades grown more slowly than their neighbors, at best. In recent years, that slow growth rate has turned into outright shrinkage. In Southwest Virginia, 15 counties lost population since the 2010 Census. West Virginia outpaced every other state for losing residents, with the southern part of the state the hardest hit.

Longwall technology has been increasingly adopted to goose production.

Five years after Upper Big Branch, other coal companies are still following Massey’s example — not necessarily when it comes to shortcutting safety, but in adapting longwall technology to cut production costs. Longwall shearers cut long slices of coal, from underground seams, doing the work that was once done by dozens of miners.

Robert Murray, the CEO of Murray Energy Corporation, the U.S.’s largest underground mining company, told the Wall Street Journal that longwall mining “is 10 times more productive than any other kind of method.” Murray’s recent acquisitions were aimed at locking up 9 billion tons of coal in the ground that can be mined using the technique. That will in turn lead to lower production costs — which ultimately means Big Coal can dig ever more coal with fewer and fewer workers, giving it leg up when (if?) the international coal market rebounds.

Clean air regulations and abundant natural gas have put the squeeze on coal, especially in Appalachia.

Under President Obama, the Environmental Protection Agency has created new rules to restrict the amount of greenhouse gases and pollutants that can be emitted by power plants. A rule restricting mercury levels will result in the closure of a series of coal-fired power plants in 2015. American Electric Power is closing seven plants by the end of May and converting two more to natural gas.

For all of Blankenship’s woes, this change gives him a reason to smile. Appalachia trended Democratic from the Civil War nearly through the turn of the millennium. No more. The once-blue region started to bleed Republican red in the ’90s, and the presidency of Barack Obama — along with uber-effective GOP messaging about his so-called “War on Coal” — finished the job.

Even before last year’s congressional midterms, Republicans held 52 of 62 House districts in the Appalachian Regional Commission’s generous definition of Appalachia (which includes Pittsburgh and portions of Ohio). The fall 2014 elections further sealed the deal, perhaps for many election cycles to come. Republicans won all three of West Virginia’s seats in the House of Representatives, as well as an open U.S. Senate seat left by the retirement of Democrat Jay Rockefeller.

Though he’s too toxic for Republicans to publicly credit him, Blankenship spent the mid-2000s laying much of the groundwork for the “War on Coal” messaging that’s persuaded so many Appalachian voters. Some argue that his fingerprints still can be found on much of the legislation passed so far this year by West Virginia’s new Republican-controlled state legislature.

The 29 miners who perished in the Upper Big Branch disaster are still dead.