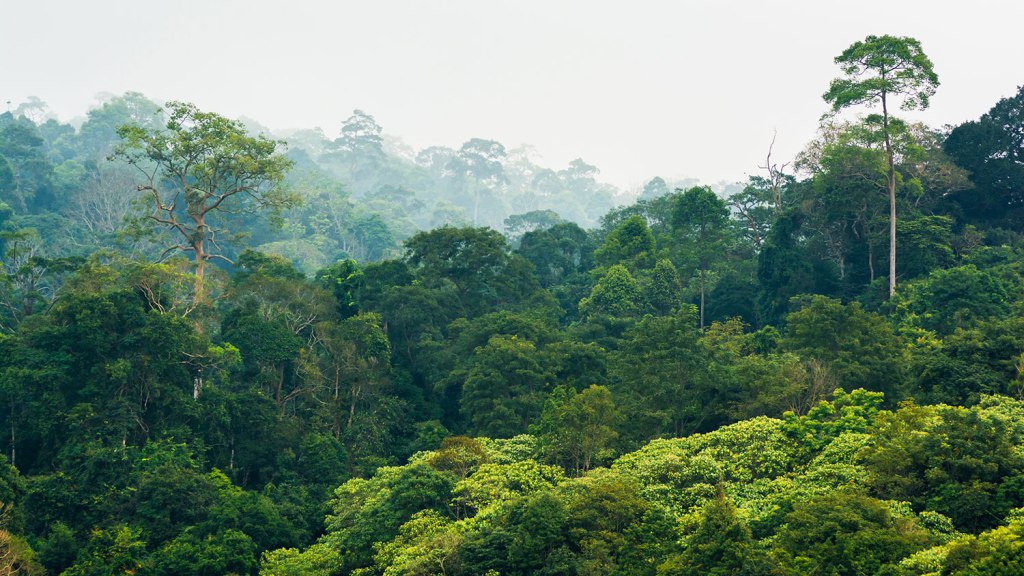 A surprise deal emerged from U.N. climate negotiations in Bonn, Germany, this week: Diplomats managed to reach a key agreement to compensate developing nations that agree to preserve their forests. And environmental and civil society groups had generally nice things to say about the deal.

Deforestation has a huge effect on climate change. Activities like slash-and-burn agriculture account for nearly 20 percent of greenhouse gases emissions, according to the U.N. Trees, of course, also play a key role in slowing climate change by pulling CO2 out of the atmosphere.

Historically, deforestation has been an especially vexing problem for environmentalists, raising the concern of climate hawks and conservationists alike. This week’s agreement straightens out some key details of an initiative  — called Reducing Emissions from Deforestation and Forest Degradation, or REDD+ — that negotiators hope will provide developing, forest-rich countries with incentives to slow and eventually halt logging of forested land.

The deal comes out of two weeks of climate negotiations in Bonn, which wrapped up today. And while groups tracking the U.N.’s progress toward an anticipated December 2015 climate deal had mixed reviews of these negotiating meetings, the forest agreement stood out as one success. Forest researchers and advocacy groups weren’t expecting to see a deal emerge this week, but negotiators said they wanted to get the details of the forest program squared away before wading into other, potentially more controversial disagreements that must be resolved before the big talks in Paris in December.

The details of REDD+ had been held up for years as negotiators tried to deal with a number of thorny issues, including how to work with indigenous communities to make sure they retain the rights to their land, understand the program, and don’t lose their economic livelihoods through it. A few groups still expressed skepticism that, in practice, the agreement would do enough to protect local communities. “There is no mechanism for participation [of local people], so for us it is a big risk,” Sebastián Cárdenas Medina of Ecuador’s Centre for Planning and Social Science warned Reuters.

A number of details related to financing also have to be worked out later this year. The money for the incentives for countries to leave forests alone could come from either the private sector or groups like the World Bank or the U.N.’s struggling Green Climate Fund. Advocates said they’d be watching closely to make sure these final details get hammered out in a satisfactory way.

Still, the agreement is encouraging for those who want to see the U.N. make progress on climate change. “REDD+ showed once again that compromise in the U.N. is possible, and REDD+ is poised to be a pillar of mitigation and finance in the Paris global deal,” said Gus Silva-Chávez, climate policy expert with the research group Forest Trends.

REDD+ was in the works for 10 years. A broader global climate deal has been in the works for more than twice that long. But maybe this will be the year when that finally becomes a reality as well.