This week's deadly flooding in Houston is just the beginning 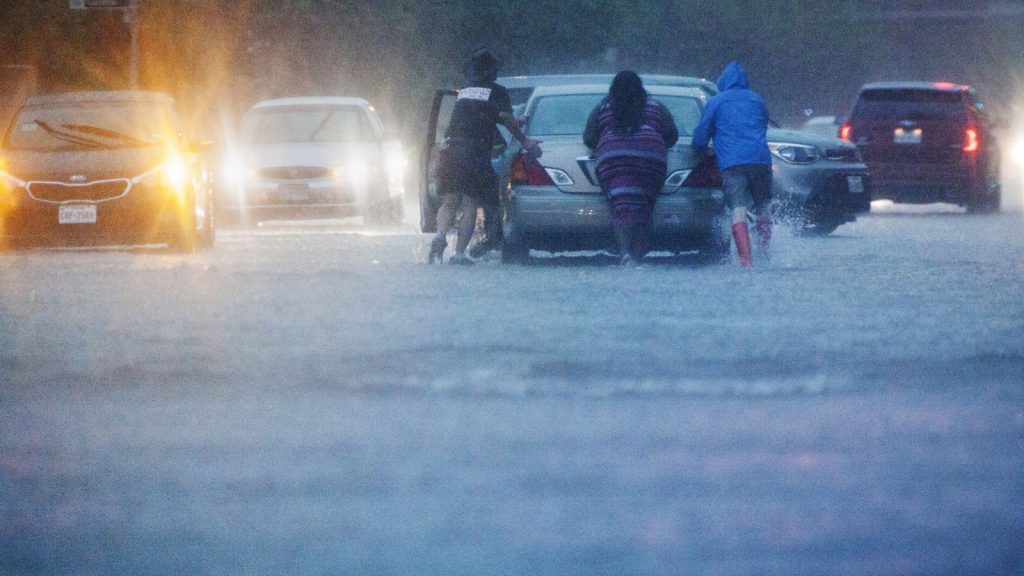 This week’s deadly flooding in Houston is just the beginning

Houston is in the throes of a flood that is, according to recent headlines, “historic,” “deadly,” and “unprecedented.”

None of that is hyperbole. As of Tuesday, the floods had killed at least six people, destroyed miles of homes and highways, and displaced hundreds of residents. More than 17 inches of rain had fallen in Texas’ Harris County since the previous morning, according to ABC News. And it wasn’t over yet: The National Weather Service issued flood warnings into late Tuesday night. (Meanwhile, Houston Mayor Sylvester Turner helpfully commented that there was “nothing you can do” in the face of “a lot of rain coming in a very short period of time.”)

Flooding has become an annual hazard in the city, which sits at just 43 feet above sea level. Unfortunately, it’s very likely that the situation will only worsen.

For starters, when floodwaters begin to recede, they bring their own set of hazards and dangers. A spokesperson for the American Red Cross noted the extreme toxicity of floodwater, reports ABC News, which constitutes a sludge of debris from cars, houses, and infrastructure — not to mention overflow from contaminated waterways like Texas’ Blanco River. The rising waters also disrupted wildlife — officials warned that aggressive snakes washing up on people’s properties were a risk factor. During cleanup, Houstonians will be exposed to a Pandora’s Box of mold and airborne toxins that could aggravate asthma or respiratory illness.

Plus, Houston is woefully underprepared for natural disasters, as an investigation by ProPublica and Texas Monthly revealed in March. The investigation, which relied on predictive meteorological models, found that the near-miss of Hurricane Ike in 2008 was a relative blessing for the city that no one should bank on occurring again. According to scientists interviewed for the project, the odds of Houston’s “perfect storm” happening in a given year exceed that of being killed in a car crash or by a firearm in the United States — both of which are fairly common occurrences.

Houston is the fourth-largest American city and a major industrial hub that contains the country’s largest refining and petrochemical complex, NASA’s Johnson Space Center, the Houston Ship Channel, and multiple rapidly expanding residential areas, according to ProPublica and Texas Monthly. If the storm hits at the wrong spot, all of those place would be at risk of being underwater or severely damaged by flooding. That’s a scenario that would halt supply chains all over the country and wreak havoc on the American economy.

But experts told media outlets this week that there was no way that Houston could prepare in time. “Could we have engineered our way out of this?” said Rice University engineer Philip Bedient, quoted in the Guardian. “Only if we started talking about alterations 35 or 40 years ago.”

Bedient went on to say that the best that Houston could hope for for was a good warning system. NASA might want to get on that — if only certain presidential candidates wouldn’t get in its way.