Good morning Parched readers, Emily Pontecorvo here. Two weeks ago, after states in the Colorado River Basin blew past a federal deadline to reach an agreement on new water restrictions, communities from across the West stepped up with their own modest offering. In a memorandum of understanding, city-level and regional water managers in Colorado, Southern California, and Nevada pledged to take new actions to reduce water usage in their districts. One central element of their plan: start ripping out thirsty green lawns.

American families use an average 320 gallons of water per day, about 30 percent of which goes toward outdoor activities such as watering lawns. But in desert states like Utah and Arizona, that percentage jumps to 60 to 70 percent of household water use.

At least one of the new memorandum’s signatories has been at war with grass for decades. In 1999, the Southern Nevada Water Authority, which serves 2.2 million residents in Las Vegas and beyond, introduced a “cash for grass” program. It offered residents and businesses a rebate for every square foot of lawn they tore out and converted to water-efficient alternatives, like desert plants or artificial turf. According to the agency, the program helped reduce per capita water use in the Las Vegas Valley by 47 percent between 2002 and 2020, even as the population increased by more than 780,000 residents.

Since 2003, Nevada has also restricted how much grass can be planted in new developments. Now the state is taking its crusade to a new level. Last year, it banned most “non-functional” grass, mandating that the lawns adorning office parks, road medians, and apartment complexes be removed by 2026. The ban doesn’t apply to single family homes or recreational lawns, like golf courses or parks. But the Southern Nevada Water Authority estimates the new law will further reduce the region’s Colorado River usage by about 10 percent. 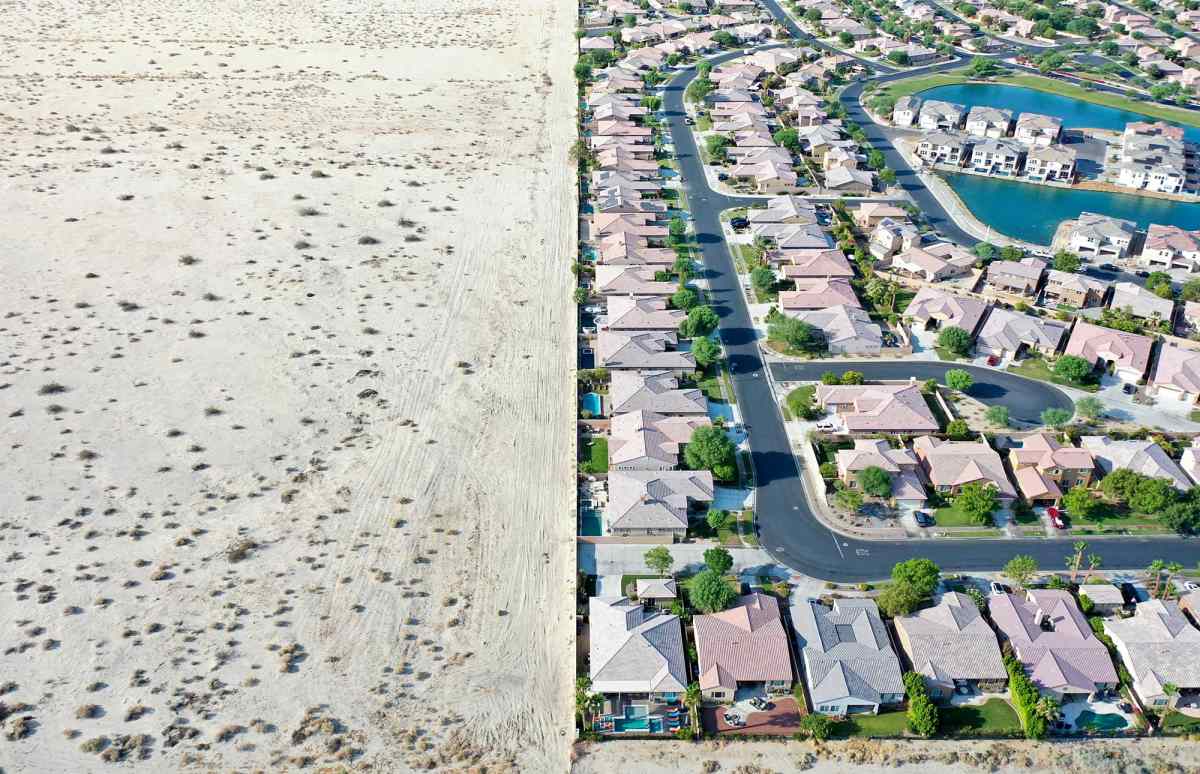 Shawna Lombardo, a manager at Cactus Joe’s Desert Garden and Nursery in Las Vegas, said desert plants like prickly pear have been gradually growing in popularity in the area for years. But some residents prefer artificial turf. “People still like the idea of grass,” she said. “I mean, you got dogs that want to play on it, kids, et cetera. Succulents, as much as they’re beautiful and great, you know, you can’t roll around on them.”

No other city or state has yet to fully follow Nevada’s lead, but policymakers in many drought-stricken areas are starting to look at their green oases as part of the problem. The Metropolitan Water District in Southern California has a “cash for grass” program similar to Nevada’s, and Colorado and Utah both passed laws to create new state-wide rebate programs this year.

But lawmakers must chip away at the very foundations of lawn culture before they can chip away at lawns themselves. Many homeowners associations in the West require their residents to maintain lush, green lawns and fine them if they don’t. Ray Ward, a Republican state representative in Utah tried to pass a law this year prohibiting such policies, but the measure failed. However a similar bill to prohibit homeowners associations from banning artificial turf did pass in Arizona this year.

“Cutting out grass is the way to go,” said Lombardo. She hopes that other Colorado River Basin states begin incorporating some of the same policies as Nevada. “I think people are just not aware of how scarce the water’s getting.”

Flash drought in the Northeast