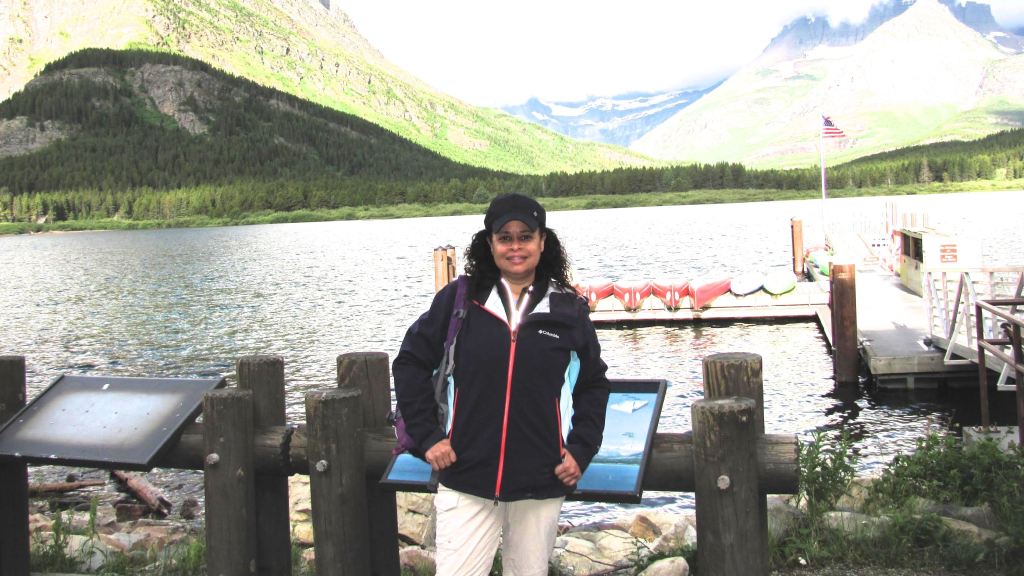 What are the connections between black women’s hair, their health, and their relationship to the environment? A group of women of color will explore this question at an “environmental and reproductive justice conference” in Pittsburgh next week that kicks off with an Earth Day keynote from Dianne D. Glave, an African-American pastor known for her 2010 book, Rooted in the Earth: Reclaiming the African American Environmental Heritage. The book made a big enough splash to land her on the New York Times opinion page, where she wrote:

I vigorously contest the stereotype that African-Americans are anti-environment. Those in the African-American church have a long history of environmental justice that goes back to the Rev. Dr. Martin Luther King Jr.’s nascent role. He was a central figure during the 1968 Memphis sanitation workers’ strike, in which working-class people were striving to improve their conditions — a precursor to some of today’s environmental struggles.

When I spoke with her by phone this week, Glave shared her personal perspective on her relationship to nature, and also the unique challenges of black women when pursuing environmental interests. Hair figures considerably among those challenges, as societal forces beyond their control can often discourage or prevent black women from having a more intimate relationship with nature. Read below to learn more about those challenges … and also about that time when Glave had to explain to her parents why she was out collecting edible weeds for her salad!

Q. How did African Americans get to this point of ambivalence about nature, and a reputation for being anti-nature?

A. I think it’s complicated. I talk about African Americans being anti-environmentalists, which to a degree is true, but it’s also untrue. It just depends on whose perspective you’re accepting and where you’re looking for the history. In [Rooted in the Earth], there’s a chapter that focuses on the Atlantic [Ocean], where enslaved Africans were forced to get onto the these ships, and it was just a horrendous trip.

I’ve had experiences talking to African Americans who are afraid of the water in the South. I was living in Louisiana and I remember working with an organization that worked with local African Americans. They wanted to take some of the kids out on the water and one of the mothers refused because of her fear of open water. One of the white organizers tried to get me to talk to the [child’s parent] and I said no, because I respected where the mother was at. There might have been a conscious or subconscious thing going on, or there might have been some history passed down through the generations about awful experiences traveling from Africa to the Americas.

Black women in particular have issues with the water because of their hair. They spend a ton of money on their hair, and if they jump into the water once … our hair doesn’t come out like white people’s.

But I think this is changing. There’s a shift that’s happening. Even though slavery and sharecropping stripped away our love of the land and water, the love was there going back to Africa, and it continues even in small ways.

Q. The Kinks, Locks, and Twists conference you’re keynoting draws a connection between black women’s health, their hair, and environmental justice. Can you explain that connection a bit?

A. The impact of chemicals on our hair, in terms of relaxing our hair, is huge. It burns the scalp. The chemicals are damaging to the body. When you move from relaxed hair to natural hair, you’re taking a huge leap. My hair has been natural for about two years and it’s actually given me a lot of freedom. When my hair was relaxed and straightened regularly, I didn’t want to exercise to the point where I was sweating. But we need to get our heart rate elevated, and to get it to that point we should be sweating. Now that my hair is natural, I’ve done three 5k races. I’m looking at a 10k, and I don’t now if I would be doing that if I was getting my hair relaxed and straightened, because of the money and time I was spending to go to the salon. Healthwise, my life has been transformed by going natural. I go to Zumba class and I don’t care about sweating my hair out.

Q. Is this just about beauty rights, or is there also a bigotry that pressures black women to adhere to certain beauty standards?

A. The white female form and visage is the norm. Going back historically, the children born to white slaveholders and enslaved women did benefit because the children looked closer to white. Those benefits included better treatment and being sent away to school for education. Hair that is closer to the white definition of acceptable hair still impacts African-American women. This applies in the workplace and by the seashore. African-American women internalize shame about their hair, wet or dry, because of the long-term implications of racism that continue today.

Q. What was it that led you to adopt environmentalism as a field of study?

A. When I was in college, I joined an outdoors group that one time went searching for edible weeds for salads. I guess I wasn’t so much concerned about the edible weeds as I was about being outdoors and exploring — I collected weeds like everybody else, I just never ate weeds in a salad. I brought some weeds back home to my parents during one visit, and they were looking at me like, “We don’t even know who you are.” But they didn’t try to turn me away from it. I was different, but they didn’t treat me differently. They just let me be me. I think it all coalesced when I went on to work on my PhD. I was focusing on history and I told my dissertation advisor that I wanted to write an environmental history of African Americans. She just looked at me, because there was no such creature.

Q. Were you much of a green person before college?

A. Yes. Growing up, my father had this little patch of dirt by our driveway. He planted tomatoes, cucumbers, and peas on it — that little spot had never really been used before, but it was a very rich plot of soil. He ended up growing these ginormous vegetables and such. We used to make fun of him because it was just a messy mix of plants in there, there was hardly any rhyme or reason to it. I don’t know if, subconsciously, he was using a style of planting that’s typical of early Native Americans and Africans, where they mixed plants together so that nutrients would be returned to the soil. But that’s a very strong memory. My dad would just share his produce with the neighborhood, like he was a little farmer. It created a sense of community for us, not just for the planting, but in the giving.

Q. Do you find that these experiences are much different from how people of other races grew up?

A. The experiences of African Americans are distinctive, and a big part of it has to do with race. But far more important is the culture of community that’s developed — that’s distinctive. We weren’t owners, so out of that came a connection to the land that was not proprietary. So, I want to emphasize the distinctiveness of the African-American experience. Everybody wants to blend everything together today, and say we’re all the same, but our differences should be celebrated.