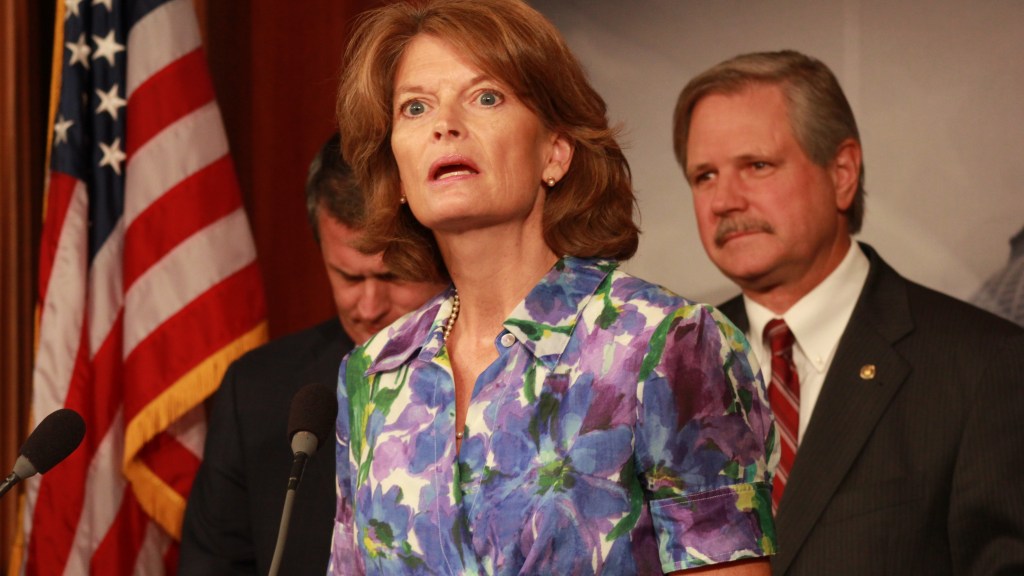 On Thursday, Sen. Bernie Sanders (I-Vt.) offered a simple amendment to the controversial bill that would authorize construction of the Keystone XL oil pipeline. Sanders’ measure, which he proposed to the Senate Energy and Natural Resources Committee, would have declared it the “sense of Congress” that climate change is real; that it is caused by humans; that it has already caused significant problems; and that the United States needs to shift its economy away from fossil fuels.

Sanders’ amendment went nowhere. But Sen. Lisa Murkowski (R-Alaska), the chair of the committee, used the opportunity to take a shot at climate science. “I do believe that our climate is changing,” she said. “I don’t agree that all the changes are necessarily due solely to human activity.” Murkowski didn’t elaborate on her current thinking about the causes of global warming, but in the past she’s advanced a bizarre theory involving a volcano in Iceland.

Sanders will get another chance next week, when the full Senate debates the Keystone bill — but he’s likely to run into stiff resistance from GOP climate deniers. As Climate Progress revealed Thursday, more than half of the Republican members of the new Congress “deny or question” the overwhelming scientific consensus that humans are causing climate change. If you just look at the Senate, the numbers are even more disturbing. Thirty-nine GOP senators reject the science on climate change — that’s 72 percent of the Senate Republican caucus.

The list includes veteran lawmakers like James Inhofe (R-Okla.), who is the incoming chair of the Environment and Public Works Committee (EPW) and has written a book titled, The Greatest Hoax: How the Global Warming Conspiracy Threatens Your Future. And it includes new senators like Steve Daines (R-Mont.), who thinks climate change might be caused by solar cycles. (For a great interactive map showing exactly how many climate deniers represent your state in Congress, click here.)

What’s more, the Climate Progress analysis shows that many of the congressional committees that deal with climate and energy issues are loaded with global warming deniers:

… 68 percent of the Republican leadership in both House and Senate deny human-caused climate change. On the committee level, 13 out of 21 Republican members of the House Committee on Science, Space and Technology, or 62 percent, reject the science behind human-caused global warming, joined by 67 percent, or 21 out of 31 Republican members, of the House Energy and Commerce Committee … In addition to Inhofe, 10 out of 11, or 91 percent, of Republicans on EPW have said climate change is not happening or that humans do not cause it.

All this could have serious policy consequences: Republicans are threatening to use their majority to cut the EPA’s budget and derail the power plant regulations at the heart of President Obama’s signature climate initiative.