A Big Oil foe runs for Congress -- as a Republican 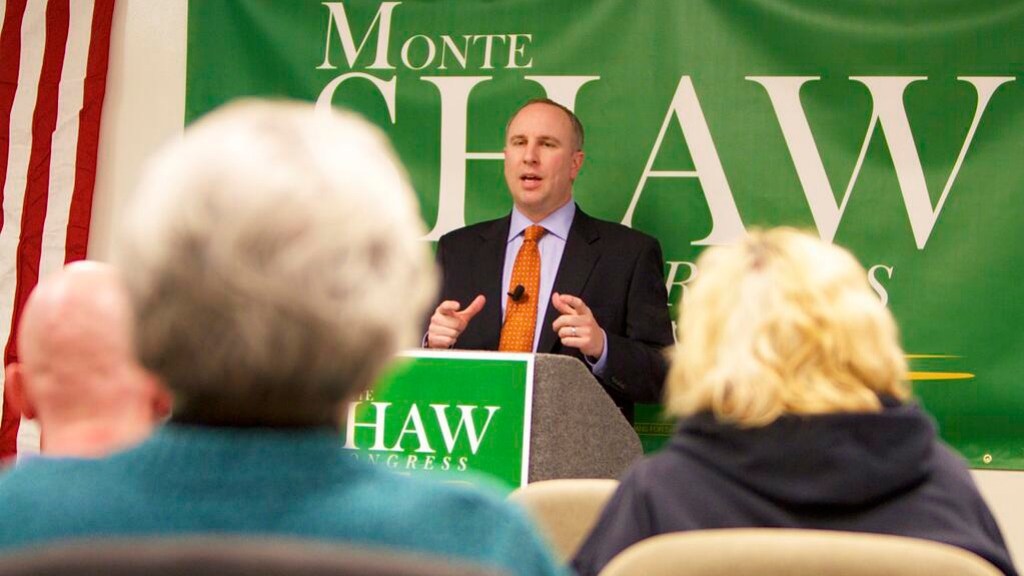 A Big Oil foe runs for Congress — as a Republican

At first blush, Monte Shaw, a newly announced GOP candidate for Iowa’s 3rd Congressional District, sounds like any other conservative. He denounces talk of new taxes, pledges to defend the Constitution, and speaks reverently of his “hero” Ronald Reagan. “Conservatives must hold this seat if we’re to have any hope at all of stopping the leftward plunge of our federal government,” Shaw said this week in announcing that he would run to replace Rep. Tom Latham (R), who is not seeking reelection.

Yeah, yeah, yada yada. But get this: “Big Oil,” as Shaw calls the industry that controls so many House Republicans (and some Democrats), is his professional enemy. Supporting renewables is currently his full-time job. He’s the executive director of the Iowa Renewable Fuels Association.

A Big Oil opponent running on a Republican ticket? Whaaa?

The catch is that Shaw’s association doesn’t champion solar panels or wind turbines. It promotes biofuels derived from the region’s cornfields.

The biofuel and oil industries are locking horns over how much ethanol the federal government should require to be blended into gasoline under its Renewable Fuel Standard program. Here’s what Shaw had to say about the issue in an op-ed published in The Hill last year:

Big Oil is back to its old tricks, this time trying to convince Congress and the Environmental Protection Agency that the Renewable Fuels Standard (RFS) cannot work and should be eliminated.

To combat Big Oil’s monopoly on transportation fuels, the RFS requires refiners to gradually increase the amount of renewable fuels available to consumers over time. However, refiners now say it cannot be done. Once again, they are wrong.

We call this the Big Oil Bluff.

While it’s refreshing to hear a GOP candidate calling out “Big Oil” on its bullshit, it’s not so refreshing that he’s pimping for the ethanol industry — which has been wrecking havoc on the environment and the climate as corn fields expand into natural areas to help satisfy our thirst for gasoline.

But it could still be fun to watch a Republican run against the oil industry.