Amy Coney Barrett isn't a scientist, but she might be a climate denier 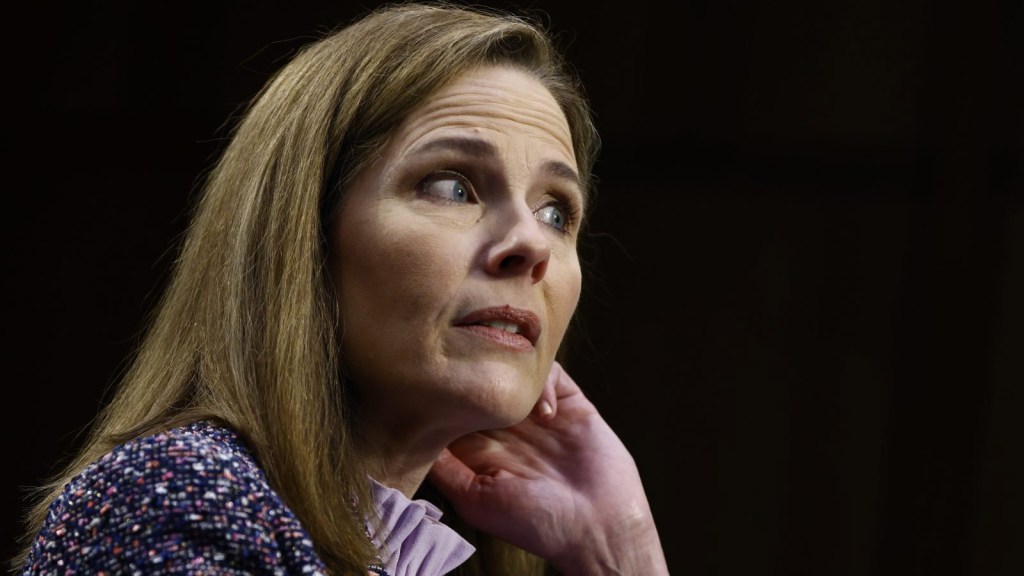 Amy Coney Barrett isn’t a scientist, but she might be a climate denier

“I’m certainly not a scientist,” Amy Coney Barrett said in response to a question about climate change during her confirmation hearing for the Supreme Court on Tuesday. “I mean, I’ve read things about climate change. I would not say I have firm views on it.”

On Wednesday, Barrett doubled down on her lack of scientific background when Democratic Senator Richard Blumenthal of Connecticut pressed her on her position on climate change.

BLUMENTHAL: Do you believe that human beings cause global warming?

BARRETT: Senator Blumenthal, I don’t think I am competent to opine on what causes global warming or not.

BLUMENTHAL: We all have views on it. I’m asking for your opinion.

BARRETT: I don’t think that my views on global warming or climate change are relevant to the job I would do as a judge, nor do I feel like I have views that are informed enough — and I haven’t studied scientific data — I’m not really in a position to offer any kind of informed opinion on what I think causes global warming.

On climate change, the science is clear. The evidence is irrefutable.

Why isn't Amy Coney Barrett willing to acknowledge it? pic.twitter.com/xidTw0RSaV

Barrett is considered an originalist, meaning she interprets the Constitution based on the understanding of its authors at the time of its writing. But Barrett’s “not a scientist” line is anything but original.

Republicans have trotted out the “I am not a scientist” trick for years now to deflect questions about climate change. “I’m not a scientist,” Florida’s former Governor Rick Scott said in response to a question about anthropogenic warming in Miami in 2014. “Listen, I’m not qualified to debate the science over climate change,” then–House Speaker John Boehner told reporters the same year. “What I have said repeatedly is I’m not a scientist,” then–Senate Minority Leader Mitch McConnell told a Kentucky sports radio show (he later acknowledged human-caused climate change exists).

“I’m not a scientist, either,” Barack Obama said at his 2015 State of the Union address. “But you know what, I know a lot of really good scientists at NASA, and at NOAA, and at our major universities. And the best scientists in the world are all telling us that our activities are changing the climate.”

Supreme Court nominees tend to hold their ideological cards close to their chests at confirmation hearings to avoid forecasting their future decisions. So, in a sense, it’s not surprising that Barrett offered up that non-answer in response to Republican Senator John Kennedy of Louisiana’s question about climate change.

But Barrett didn’t have to rely on the ol’ “I’m not a scientist” saw. Justice Brett Kavanaugh, sworn into the Supreme Court in 2018, has said the earth is warming multiple times. And climate denial is starting to fall out of favor with the GOP. Some Republican members of Congress are starting to change their tune on the issue, eager to catch up with young voters who want to see their party offer a solution to rising temperatures. Then there’s the fact that climate change isn’t actually a matter of “views” — it’s happening whether Barrett likes it or not.

If she’s confirmed, Barrett will shape the next generation of American law, including — quite possibly — the climate change liability lawsuits currently sweeping the nation. She should leave the climate misdirection playbook where it belongs: in the past.