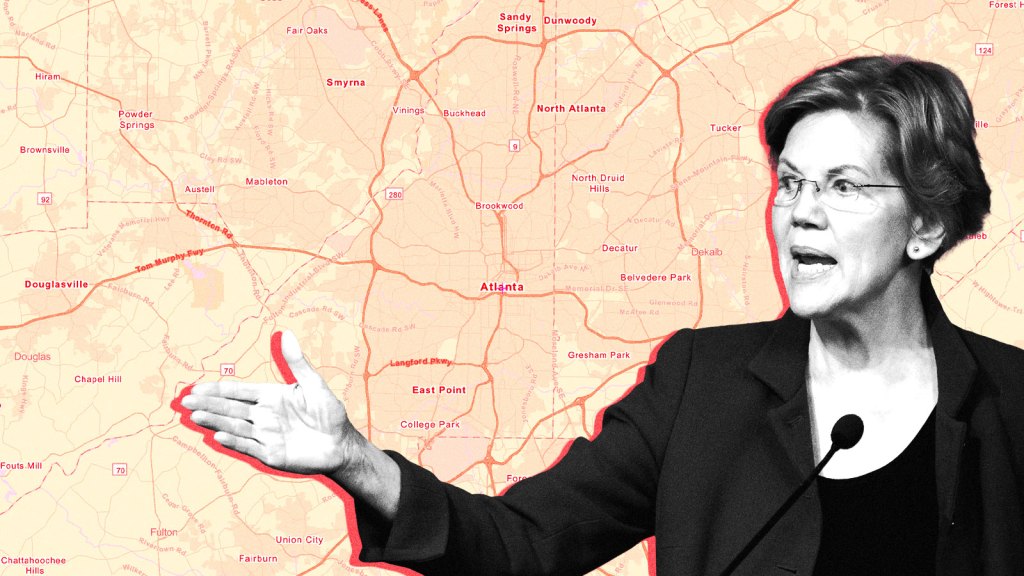 Climate change and environmental degradation don’t affect all Americans equally. Extreme heat, flooding, drought, and other consequences of our warming planet tend to hit low-income and nonwhite communities hardest. And pollution from highways and industry activity has long affected those communities most, too. These patterns are known as environmental injustice.

In 2010, the Environmental Protection Agency under President Obama established a tool called EJSCREEN to literally map the factors that create environmental injustice. The map shows how 11 environmental indicators — things like “proximity to a Superfund site” or “lead paint indicator” — affect any given zip code in the U.S., overlaid with general demographic information about each area. (Disclosure: EJSCREEN was co-created by Lisa Garcia, the senior advisor to the administrator for environmental justice at the EPA under Obama. Garcia is now the Fix program director at Grist; she played no role in assigning or editing this article.) In recent years, some states — namely California, New York, Washington, and Maryland — developed their own, more comprehensive mapping tools, often based on EJSCREEN, to help them figure out where to direct attention and resources.

A tool like EJSCREEN could play a crucial role in helping to administer an environmental justice–informed climate plan like the $2 trillion plan Democratic nominee Joe Biden is proposing. Biden has promised to devote 40 percent of the benefits of his plan to disadvantaged communities, and his plan actually describes a tool that sounds quite a bit like EJSCREEN. Such a tool could help guide federal and state decisions around permitting for factories and power plants, funding for climate resiliency projects, and state environmental regulations.

The problem is, the Trump administration has been neglecting EJSCREEN and the EPA’s Office of Environmental Justice, which houses it. President Trump’s fiscal budget for 2021 proposed a 71 percent cut to the EPA’s environmental justice program. And EJSCREEN itself has limitations. Namely, the tool doesn’t provide a granular view of the environmental issues facing communities, and the federal government does not incorporate the tool’s findings into its decision-making process. Critics of the tool also say it fails to accurately represent the unique suite of environmental justice issues that each state represents, as it uses the same 11 indicators to evaluate the entire country. What’s more, EJSCREEN doesn’t currently take climate change into account.

In a scathing letter to EPA administrator Andrew Wheeler shared exclusively with Grist, U.S. Senator Elizabeth Warren of Massachusetts expressed concern about the way the EPA has handled matters related to environmental justice, including EJSCREEN. “The ongoing coronavirus disease 2019 (COVID-19) pandemic has highlighted the public health impacts of environmental injustices, such as the placement of pipelines and factories that expose low-income communities to more pollution, which disproportionately affects communities of color,” Warren wrote in the letter. “In order to combat these injustices, we must identify and help these communities, and the EPA has existing tools to do so that remain unused.”

“Will you commit to provide us, in no later than 2 months, with a staff-level briefing on your plan to improve the EJSCREEN program and expand its use in federal environmental decision-making?” Warren asked Wheeler. It’s unlikely that the EPA head will agree to her request. But on Wednesday, a pair of progressive think tanks unveiled a roadmap to a new, more effective national equity mapping program to improve on EJSCREEN.

In a policy memo titled “Designing a New National Equity Mapping Program,” Evergreen (an environmental policy group started by a bunch of former Jay Inslee campaign staffers) and the progressive policy shop Demos propose a federal mapping tool that builds on the gains that states have made in recent years. The groups suggest that the federal government should use such a tool to identify disadvantaged communities, using a definition of “disadvantaged” that not only takes the multiple environmental burdens that a community faces into account, but also considers the health and economic well-being of the people who live there. In other words, the government should recognize that environmental burdens don’t exist in a vacuum; they pile up in a cumulative fashion.

The new and improved mapping tool, the memo says, should be updated every three years to make sure it includes the best available data. “The Map, at its core, is an accountability tool,” Evergreen and Demos say. “The federal government must face the harms that discriminatory policies have caused and track whether current policies are remedying those harms or exacerbating them.” And the memo says that any federal mapping program should include not only climate data, but also granular information on race and other social demographic indicators.

In a statement expressing support for the policy memo, Warren said, “The federal government can and must better identify at-risk communities, prioritize resources to support them, and remediate historic injustices.”