EPA’s Superfund program, a Trump priority, is in shambles 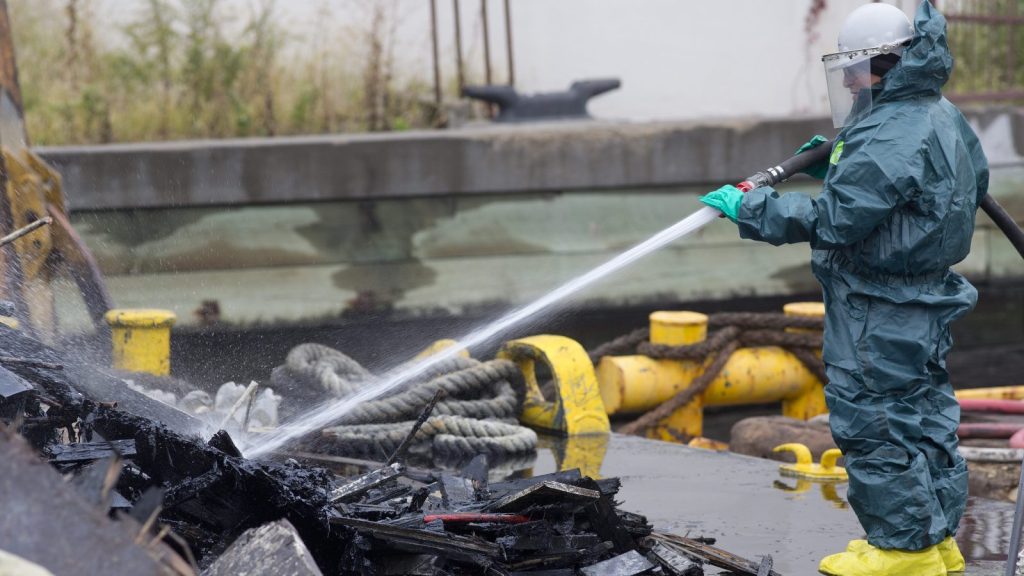 EPA’s Superfund program, a Trump priority, is in shambles

In an otherwise softball May 2017 interview about the Trump administration’s grand plan to clean up the more than 1,300 of the country’s most toxic and hazardous sites, Fox & Friends host Steve Doocy posed an actual question to then-Environmental Protection Agency Administrator Scott Pruitt.

“How much is that going to cost?” Doocy asked.

Pruitt, a career ally of polluting industries, had spent the last two minutes pitching himself as the man to save EPA’s struggling Superfund program, which was established in 1980 and is responsible for addressing areas contaminated with mercury, lead, radiation, and other toxic pollutants left behind at mines and other industrial operations. He blamed languishing cleanups on the failures of former President Barack Obama’s administration.

What Superfund needed, Pruitt said, was the Trump administration’s touch.

“It’s not a matter of money,” Pruitt boasted to a friendly Fox audience. “It’s a matter of leadership and attitude and management.”

The administration has repeatedly called Superfund a priority. Pruitt described it as part of EPA’s core mission and “an area that is absolutely essential,” even as the administration proposed sweeping cuts to the program and the agency as a whole. Upon launching a Superfund task force in May 2017, Pruitt said he was “confident that, with a renewed sense of urgency, leadership, and fresh ideas, the Superfund program can reach its full potential of returning formerly contaminated sites to communities for their beneficial use.”

Andrew Wheeler, who replaced Pruitt as EPA chief in February, has made similar comments, and President Trump crowed of the “tremendous work” he and his team have done on Superfund during a July speech on the environment.

But three years into the Trump administration, Superfund appears to be in worse shape than ever.

The number of sites on the National Priorities List, which require long-term remediation, stands as 1,335 — up from the 1,322 that Pruitt told Fox & Friends was “unacceptable.”

The number of unfunded toxic cleanup sites has ballooned, from 12 in 2016 — Obama’s last year in office — to 34 in 2019, according to EPA figures released late last month. It’s the biggest backlog in at least 15 years, according to The Associated Press.

EPA posted the new data the day after Christmas — a move reminiscent of when the administration published a dire federal climate report on Black Friday, a popular shopping holiday the day after the Thanksgiving holiday. The sites are in 18 states and Puerto Rico.

While there is historically some ebb and flow to the number of unfunded sites, 34 is a “striking number,” said Mathy Stanislaus, a former EPA official under Obama who oversaw Superfund as part of the agency’s Office of Land and Emergency Management. He is not aware of any measure by which Superfund improved over the last three years.

EPA spokesperson Corry Schiermeyer said in an email that it is “misleading” to compare unfunded sites over time and that the latest figures do “not mean there has been a breakdown” in cleanups at EPA. Rather, “the real story” is that the administration has completed remedial design and construction plans at those and several other sites to bring them closer to actual cleanup, she said.

Asked about how the agency measures its success, Schiermeyer said, “EPA has been able to delete more contaminated Superfund sites off the [National Priorities List] in [Trump’s] first three years than the entire Obama first term,” including 27 sites in fiscal year 2019. Additionally, she noted that the administration has bested the Obama administration in assessing and verifying sites that no longer present an exposure risk.

“This is progress being made to protect human health and the environment,” she wrote.

But it’s been shown that the Trump administration has inflated its Superfund efforts by taking credit for work done during previous administrations. In early 2018, Trump’s EPA issued a celebratory press release announcing that it cleaned up and removed seven polluted sites from the National Priorities List in 2017. “This is more than triple the number of sites removed” during Obama’s last year in office, it noted.

What the agency didn’t mention was that the cleanup work at those sites was completed before Pruitt’s tenure, as AP reported. The outlet noted that delisting a site is largely “a procedural step that occurs after monitoring data show that remaining levels of harmful contaminants meet cleanup targets.”

Stanislaus argues the Trump EPA’s approach to Superfund was “based on a faulty premise” — that it could make it self-sustaining by incentivizing private sector investment in redevelopment. Superfund is designed to deal with expensive, complicated sites that often have no responsible party.

“I’ve always felt [Superfund] was the shiny object to point to to distract from the cuts to other parts of EPA’s programs,” Stanislaus said.

Superfund’s problems are nothing new and have almost everything to do with a lack of money. From 1999 to 2013, federal appropriations to Superfund declined from about $2 billion to $1.1 billion per year, according to a 2010 Government Accountability Office report. As resources dried up, fewer and fewer sites have been remediated, from 85 in 1999 to just eight in 2014.

If the last three years are any indication, the Trump administration is unlikely to breathe new life into this critical and wildly underfunded program — no matter how many times it says it is laser-focused on protecting clean air and water.

In light of its own recent figures, EPA “should be knocking on the door of Congress” to request more funding, Judith Enck, another Obama-era EPA official, told AP.