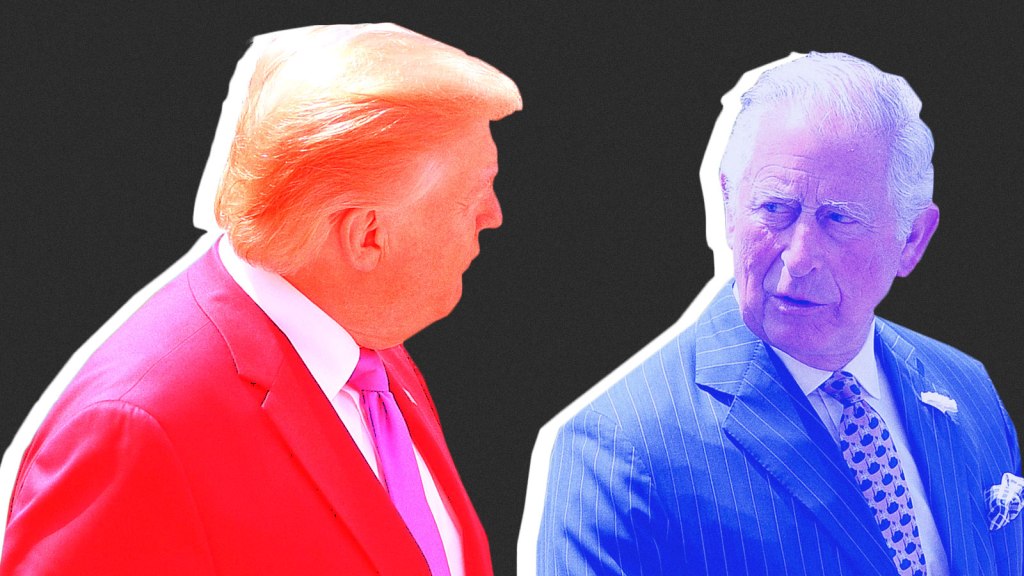 In the middle of President Trump’s controversial U.K. visit, he and Prince Charles were supposed to have a 15-minute sit-down for tea on Tuesday. Ninety minutes later, Trump left the meeting, reportedly after getting something between a lecture and a plea on the climate crisis.

Trump discussed the meeting with British media personality Piers Morgan on ITV’s Good Morning Britain on Thursday. Prince Charles has been famous for his environmental advocacy for decades. He has been warning about plastic pollution since at least 1970, and his efforts to raise awareness and funds for the environment have raised millions in funds and helped elevate the issue. (Harmony anyone?) Of the prince’s passion for the environment, Trump said, “I think it’s great, I want that.”

Morgan asked if the perpetual heir to the British throne managed to convince him climate change is real.

“What he really wants and what he really feels warmly about is the future,” Trump said of Prince Charles. “He wants to make sure future generations have climate that is good climate, as opposed to a disaster. And I agree.”

And when Morgan asked if Trump was able to give Prince Charles “any comfort that he is taking this crisis seriously,” the president responded, “I think I was, yeah. I think we had a great conversation.”

Hold up. Did the President just say he agrees — that he wants to prevent impending climate disaster? Alas, not exactly.

Morgan followed up: “Do you believe in climate change?”

“I believe that there’s a change in weather, and I think it changes both ways,” Trump said. “Don’t forget, it used to be called global warming, that wasn’t working, then it was called climate change. Now it’s actually called extreme weather, because with extreme weather you can’t miss.”

Trump went on to echo the common climate-denier argument that the climate has changed throughout history, and that changing weather patterns come and go (NASA has a handy chart explaining why that argument is bogus).

The president pointed elsewhere when Morgan asked if the United States had a responsibility to set a good example on tackling climate change as a world leader. “China, India, Russia, many other nations, they have not very good air, not very good water, and the sense of pollution and cleanliness. If you go to certain cities… you can’t even breathe, and now that air is going up… They don’t do the responsibility.”

Trump appears unconvinced that the U.S. is part of the problem. “I did say, ‘Well, the United States right now has among the cleanest climates there are based on all statistics.’ And it’s even getting better because I agree with that we want the best water, the cleanest water. Crystal clean, has to be crystal clean air.”

The president really likes this “crystal clean” line. Last year, at a rally in coal country in Charleston, West Virginia, he said: “I want clean air. I want crystal clean water. And we’ve got it. We’ve got the cleanest country in the planet right now. There’s nobody cleaner than us, and it’s getting better and better.”

Politifact checked out these claims and called them “mostly false.” No environmental ranking places the United States at the top of the list for cleanliness. We rank 29th in the world for water quality and 88th for air particulate matter, according to Politifact.

So what did Prince Charles manage to impart to Trump?

“I’ll tell you what moved me is his passion for future generations,” Trump said. Guess that’s 0 for 2 on Brits trying to push climate change during the U.S. visit (check out what this teen did to grab Trump’s attention).

Watch the whole clip below:

Does the US President believe in climate change?

Trump says he discussed climate change with Prince Charles, who he believes is 'a very good person' who 'wants to have a world that's good for future generations'. pic.twitter.com/QNlXhiS1mO