If the Chamber of Commerce wants to raise the gas tax, it should stop backing Republicans 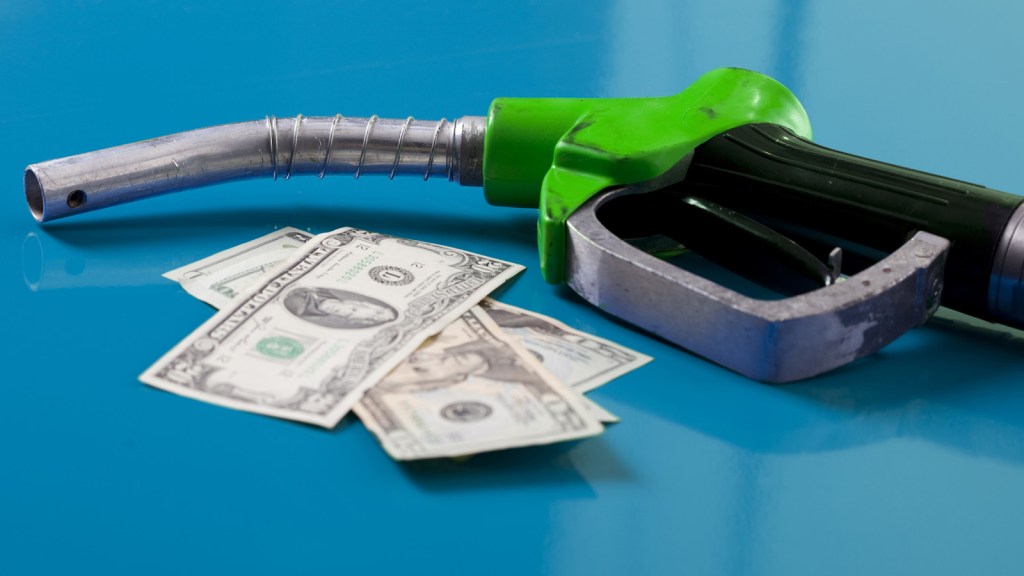 If the Chamber of Commerce wants to raise the gas tax, it should stop backing Republicans

President Obama officially sent his plan for a four-year, $302 billion transportation bill to Congress on Tuesday. His proposal is full of good ideas, like more investment in mass transit, but he needs money to pay for them. The 18.4-cent-per-gallon federal gasoline tax, which funds highway and transit infrastructure, has not been raised since 1993, even to keep pace with inflation. So there isn’t enough money to keep up with currently authorized spending, never mind more ambitious proposals.

Obama wants to augment the depleted Highway Trust Fund and pay for his bill by closing corporate tax loopholes. House Speaker John Boehner (R-Ohio) rejected that idea before even hearing which loopholes Obama would close. (Leave it to congressional Republicans to stand up for not just a particular corporate tax loophole, but the concept in general.)

The simple thing to do here would be to raise the gas tax. It would guarantee a revenue stream, and it would have the positive environmental side effect of discouraging gasoline consumption. But Obama is afraid to propose that, since it polls poorly and Republicans would reflexively oppose it. Republicans have blocked every effort to raise the gas tax since they took over Congress after the 1994 midterm elections. Rep. Earl Blumenauer (D-Ore.), a leader on smart growth and transportation policy, introduced a bill last December that would double the gas tax. The chair of the House Transportation Committee, Rep. Bill Shuster (R-Penn.), flatly rejected any gas tax increase in February. “Economically, it’s not the time,” Shuster said, as if there ever were a good time in his mind.

States also levy gas taxes and use them to pay for building and maintaining non-federal roads and infrastructure. Republicans are currently working to block state gas-tax hikes in a several states, including Delaware and Iowa.

So it’s interesting to find this odd paragraph buried at the bottom of the Associated Press story on Obama’s proposal:

Bruce Josten, the U.S. Chamber of Commerce executive vice president for government affairs, praised the administration’s bill as “a positive step forward,” but said the chamber continues to support “raising federal gasoline and diesel taxes [as] the simplest, most straightforward way to address the revenue problem in the near term.”

The Chamber of Commerce is a Republican-aligned trade group that tries to influence the political process on behalf of big business. It donates heavily to Republican campaign committees, having already given $100,000 to the Republican Governors Association in the 2014 cycle. It makes big outside expenditures to boost Republican candidates. In the 2012 campaign cycle, it spent $35.7 million, “mostly attacking Democrats or supporting Republicans,” according to FactCheck.org. Just this week, it started airing ads on behalf of GOP Senate candidates. “The U.S. Chamber of Commerce is pumping money into ads for establishment Republican favorites in North Carolina, Georgia and Alaska, while pointedly calling them conservatives and highlighting their opposition to Washington bureaucrats,” the AP reported in a separate story this week. “The Chamber is also launching ads for Republican Senate candidates in Michigan and Montana, and is looking to lift a House candidate in North Carolina.”

And so it would seem strange that the chamber is so at odds with virtually every Republican in the country over the gas tax. The reason is that the chamber does not actually support limited government per se. It supports whatever is in the interests of its members, and businesses require working roads and railways. (The chamber did not respond to a request for comment.)

But big businesses would rather not have to pay for infrastructure themselves in the form of closed corporate tax loopholes. Much better to get all the regular folks to fund it through sales taxes, in this case on gasoline.

This is one rare instance in which the chamber’s self-interest and the greater public interest are aligned. The chamber has been calling for a gas tax hike for years. But everything else it does — attacking the federal government, getting Republicans elected — works to prevent its preferred policy from actually being enacted.

One might hope this would cause the chamber to reflect a little bit on whether it’s really such a good idea to encourage anti-government zealotry and back candidates who threaten to destroy the whole global economy by breaching the debt ceiling. Businesses need a lot of things from the government: effective law enforcement, an educated workforce, secure air travel, reliable clean water, and, yes, roads, bridges, and mass transit systems. At a minimum, you’d think the chamber might, for once, put its considerable influence among Republicans to good use by lobbying on Capitol Hill for a gas tax increase.

Instead, the Chamber of Commerce is whining about the disparity between what it wants and what its own actions have wrought.