Willie Nelson tour bus is for sale. It gets 7 mpg. 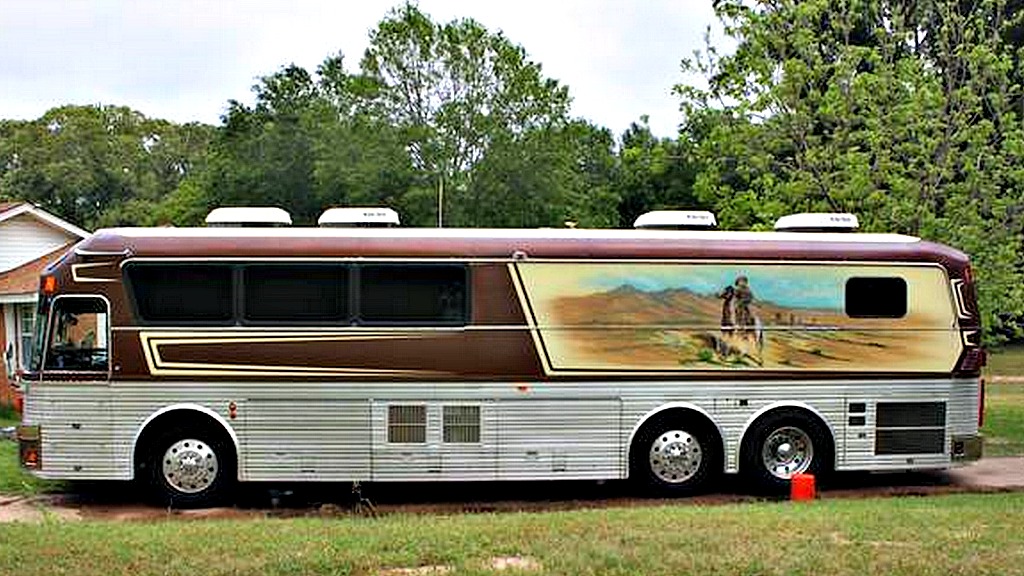 Craigslist
On the road again?

Willie Nelson tour bus is for sale. It gets 7 mpg.

If you have $65,000 in cash and LOVE Willie (Nelson!), hurry up and bid on this Willie Nelson Band ’83 tour bus by midnight! Oops, did we mention it only gets 7 miles per gallon? Maybe just use it as your tiny house …

The Village Voice and Gawker unearthed a Craigslist post selling the automatic diesel Eagle bus that undoubtedly saw a whole lot of good times, if you know what I mean. In your possession, its red velvet curtains will undoubtedly rustle, giving off a gentle perfume of weed while whispering secrets of music history.

Despite earlier reports, the coach wasn’t Nelson’s personal bus — it belonged to Willie’s best friend, tour manager, and drummer Paul English. The bus, called Me & Paul, was part of a fleet including Honeysuckle Rose, Warrior, and Red-Headed Stranger. While Willie spent most of his time on the Honeysuckle Rose, he did ride Me & Paul to play dominoes, according to a former bus driver.

It features stained-glass windows and a big-ass eagle on the back, if that’s your sort of thing.

Plus, there’s room for eight, so plenty of space for your app startup cofounders. Maybe you could convert the four A/C roof units to run on solar power?