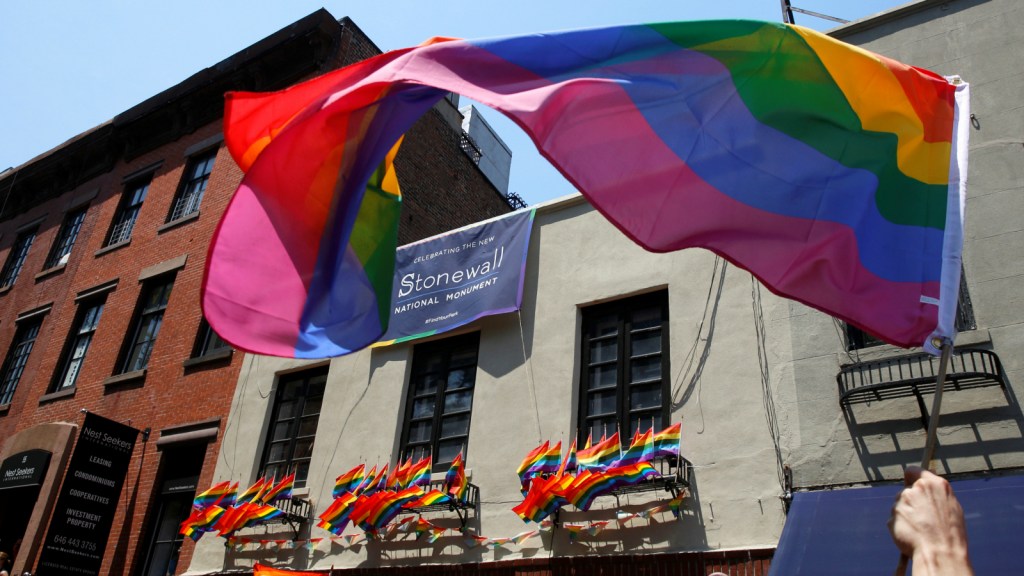 On Friday, President Obama honored the LGBTQ rights movement by designating a new national monument at the site of the Stonewall uprising in New York City. At the Stonewall Inn, a gay bar in Manhattan’s Greenwich Village, patrons fought back against a violent police raid on June 28, 1969. Protests continued in the surrounding streets for days. On the one-year anniversary of the uprising, the first Gay Pride march in U.S. history started in front of the bar.

But, as I explained last October when the monument was proposed, national monuments can be more symbolic than physical. The purpose is to bring the National Park Service’s storytelling power to bear on the subject. I wrote:

The National Park Service manages many sites that are primarily about historical storytelling — battlefields, for example — and so it would be well-positioned to do the same with gay rights on Christopher Street. It might lead walking tours of the neighborhood, or create a mobile app with a self-guided walking tour. It might post new signage that more dramatically tells the story of what happened in the area; currently there is only a small sign hidden behind a bench. There are precedents for this kind of national monument. Little Rock Central High School, in Arkansas, is a national historic site because of its high-profile role in school desegregation, but it has not been turned into a museum.

This new designation puts the gay-rights fight in historical context. We use public parks and monuments to honor the heroes who fought for equality, from Union soldiers in the Civil War to the students who integrated Little Rock Central High School, and the movement for LGBTQ equality is now getting a deserved monument of its own.