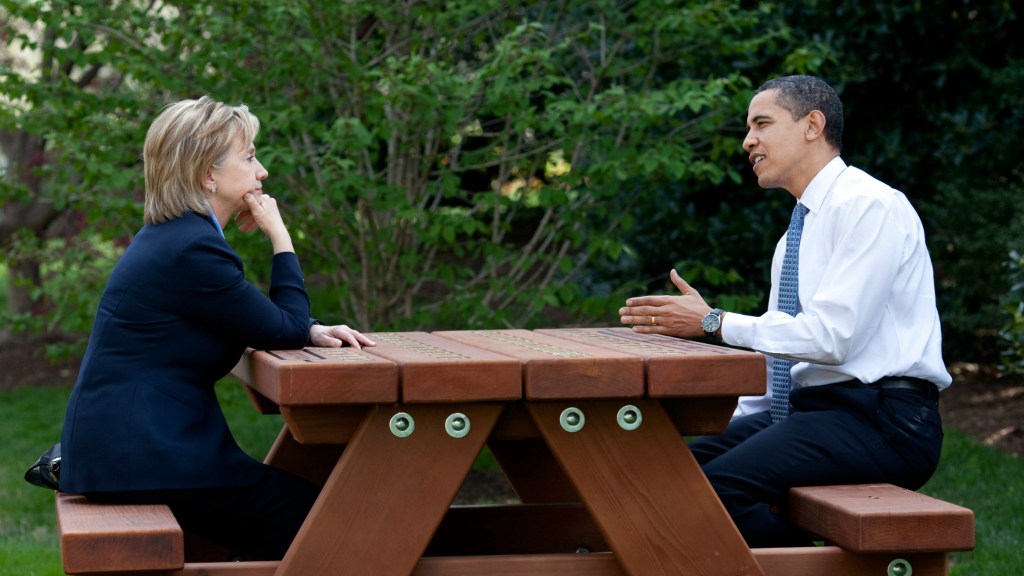 I missed Jonathan Chait’s “exit interview” with Dan Pfeiffer, a close Obama aide since the 2008 presidential campaign, while I was out last week snowboarding and ignoring the news. It’s fascinating! In it, Pfeiffer discusses some of the lessons the Obama crew has learned over the last six years.

I (and many others) have written many times about the decades-long trend toward deeper political polarization in the U.S. — see here, here, and here. I (and many others) have expressed frustration with the Obama administration’s persistent and futile efforts to compromise on policy goals in search of Republican cooperation. Obama came into office desperate to make good on his 2004 promise that “there is no Red America and Blue America,” and it led to concessions and omissions that have angered progressives and paid no political dividends.

Lately, however, the Obama crew has appeared more clueful. Particularly since the 2014 midterms, the administration has acted aggressively and unilaterally in support of its goals, disregarding and often mocking continued GOP intransigence. This has led to substantial policy progress and greater support for Obama from his own base and the public more broadly.

The first is rising polarization — “the great sorting,” as [Pfeiffer] called it — which, over a period of decades, has driven white conservatives out of the Democratic Party and moderates out of the Republican Party, creating two ideologically homogeneous political organizations. The second is the disintegration of restrictions on campaign finance, which “gives people even more incentive to play to the far right or to a set of special-interests donors, so that one individual can basically, especially in these House races, do a $1 million expenditure and completely tip the balance.” And, finally, the news media has changed so that people select only sources that will confirm their preexisting beliefs.

Combined, these trends have made communicating with Republicans impossible for Obama. Their epistemic closure is too complete and the short-term political incentives all lie in pandering to their ethno-nationalist base.

What’s more, the old mental model that lots of journalists and politicos have in their heads — an extreme Republican base topped by a layer of “responsible Republicans” who tone them down and keep them under control — is no longer accurate. The tail is wagging the dog, the “responsible” leaders tap dancing to the base’s tune. There is no one in charge.

The administration has now decided that in many cases, even adversarial bargaining fails because the Republican leadership is not capable of planning tactically. “You have to be careful not to presume a lot of strategy for this group,” Pfeiffer said. “I’ve always believed that the fundamental, driving strategic ethos of the Republican House leadership has been, What do we do to get through the next caucus or conference without getting yelled at? We should never assume they have a long game. We used to spend a lot of time thinking that maybe [Republican House Speaker John] Boehner is saying this to get himself some more room. And it’s like, no, that’s not actually the case. Usually he’s just saying it because he just said it or it’s the easiest thing to solve his immediate problem.”

Boehner’s primary concern is preventing the conservative base from having his head mounted on a pike. That’s what guides his day-to-day decision-making, such as it is. And that is true of most Republican officeholders, especially in the House, where representatives increasingly rise to power in dark red districts where they have no need or incentive to speak to anyone beyond the base. In short, there is no plan, no method to the madness.

The original premise of Obama’s first presidential campaign was that he could reason with Republicans — or else, by staking out obviously reasonable stances, force them to moderate or be exposed as extreme and unyielding. It took years for the White House to conclude that this was false, and that, in Pfeiffer’s words, “What drives 90 percent of stuff is not the small tactical decisions or the personal relationships but the big, macro-political incentives.”

Right. Another way of saying this is that most of what political pundits focus on day-to-day is meaningless. Obama can’t get Republican cooperation by calling Boehner on the phone more often, or playing golf with him, or socializing more with Congress, or moderating his rhetoric, or making small-bore policy concessions. “Leadership” cannot magically overcome powerful political incentives.

This is the most important part of the piece:

This analysis puts the administration at odds with the reading of American politics that still dominates much of Washington reporting. Many political journalists imagine that the basic tension for the White House lies between Obama’s liberal base and appealing to Americans at the center, who will be crucial for tipping elections.

Pfeiffer believes the dynamic is, in fact, the opposite: “The incentive structure moves from going after the diminishing middle to motivating the base.” Ever since Republicans took control of the House four years ago, attempts to court Republicans have mostly failed while simultaneously dividing Democratic voters. Obama’s most politically successful maneuvers, by contrast, have all been unilateral and liberal. “Whenever we contemplate bold progressive action,” Pfeiffer said, “whether that’s the president’s endorsement of marriage equality, or coming out strong on power-plant rules to reduce current pollution, on immigration, on net neutrality, you get a lot of hemming and hawing in advance about what this is going to mean: Is this going to alienate people? Is this going to hurt the president’s approval ratings? What will this mean in red states?” And yet, this hesitation has always proved overblown: “There’s never been a time when we’ve taken progressive action and regretted it.”

This was deeply at odds with the lesson Bill Clinton and most of his aides (many of whom staffed Obama’s administration) had taken away from his presidency. But by the beginning of Obama’s second term, at least, the president seemed fully convinced. “As we were preparing for the potential that we would lose the midterms,” Pfeiffer told me, “a lot of the advice we got around town was: You have to show major contrition; heads have to roll; you have to give some sop to the Republicans. The president’s view was: No, we’re not going to do that. We’re going to go out and we’re going to be the opposite of contrite; we’re going to be aggressive in our policies and our politics. And that worked. It caused people to cheer. But that’s the exact opposite of the sort of advice you’d get in this town.” [my emphasis]

This is a really big deal. It’s hard to overstate the strength and depth of the Washington conventional wisdom: Dems should apologize for their base, tack to the center, moderate their rhetoric, and seek compromise. That CW, decades in the making, is so deeply embedded in the heads of most older journalists and politicos that it is all but impossible to dislodge, no matter how much the evidence stacks up against it.

But if Pfeiffer is right, the dam may finally be breaking. Obama’s administration has been such a searingly clear demonstration of polarization that even aides shaped by the Clinton years (when triangulation was all the rage) have been unable to avoid its implications.

The big question, in my mind, is whether this revelation extends beyond the White House to the Democratic Party in general, most particularly to one Hillary Rodham Clinton. She recently said that she wants to transcend red and blue and reach “a nice warm purple space where we’re trying to solve problems.”

This is the very quintessence of outdated CW. It presumes a shared pool of problems that the parties are competing to solve. But the parties do not agree on what constitutes a problem. The GOP doesn’t think climate change is a problem — or income inequality, or the lack of worker bargaining power, or the over-militarization of foreign policy, or racism in policing. What’s at issue in American politics is not technocratic differences over means, but philosophical differences over ends. There is a Red America and a Blue America and they have different values and different visions for the country. The warm purple space is draining and close to empty.

Maybe Clinton thinks she has to say stuff like this. It still resonates with low-information voters (including, for example, the Washington Post editorial page). And it was a big part of Obama’s appeal in 2008. Perhaps it’s a ritual that all new presidential candidates must act out for the benefit of an electorate exhausted by the conflicts of the passing administration.

But dear Jesus, Buddha, and Allah — surely she doesn’t believe it. Surely she’s not going to run on a platform of “Obama was too liberal and divisive and I’ll unite the parties by being more centrist.” Surely. Right?

I don’t know. I have no insight into Hillaryland — she remains as opaque to me now as when I first encountered her in the news 25 years ago. But I have to believe that as an intelligent observer of U.S. politics, she can’t still cling to the hope that partisanship can be overcome with policy compromise and centrist technocracy. I have to believe that the awakening Pfeiffer describes has filtered down to the professional operatives who will run Clinton’s campaign. The alternative is too dreary to contemplate.