Donald Trump has been spewing forth a stream of repugnant verbal pollution for months. Now he stands accused of producing a more literal kind of pollution — one that could contaminate the source of drinking water for the city where he so badly wants to live.

In 2009, the Trump National Golf Course 15 miles outside Washington, D.C., cut down an estimated 465 mature trees along the banks of the Potomac River, which provides drinking water to 5 million people. The head of the nonprofit Potomac Conservancy, Hedrick Belin, is now charging that the removal of trees along that 1.5-mile stretch could be worsening erosion and runoff into the river.

“It’s the single largest stretch of river upstream of D.C. without any trees on it whatsoever,” Belin told Grist. “If you’re flying into the National Airport in D.C., you can see it from the air. The contrast is so stark.” And those missing trees matter for water quality: “Trees are nature’s Brita filter,” he says, noting that they capture pollutants before they enter waterways. “When Trump makes an egregious move like this, we’re gonna call it out.”

Ed Russo, who has overseen environmental work on Trump’s golf courses, said that some of the trees were weak and susceptible to disease. Russo, who has been identified in the past as a special projects manager, spokesman, environmental consultant, planning consultant, and project director for the Trump Organization, also claimed that the trees were causing erosion, and that the grasses planted in their place are more environmentally beneficial. As The Washington Post sardonically put it in 2011, Russo’s ideas “often go against the grain of conventional scientific wisdom and soil conservation practice.”

Russo fired back against Belin’s allegations with bombast worthy of Trump himself: “This is a spectacular environmental net gain we did,” he told the Washingtonian this week. “Nobody required Donald Trump to do it. He did it because it was the right thing to do. Everyone agrees with me except Hedrick what’s-his-name.” 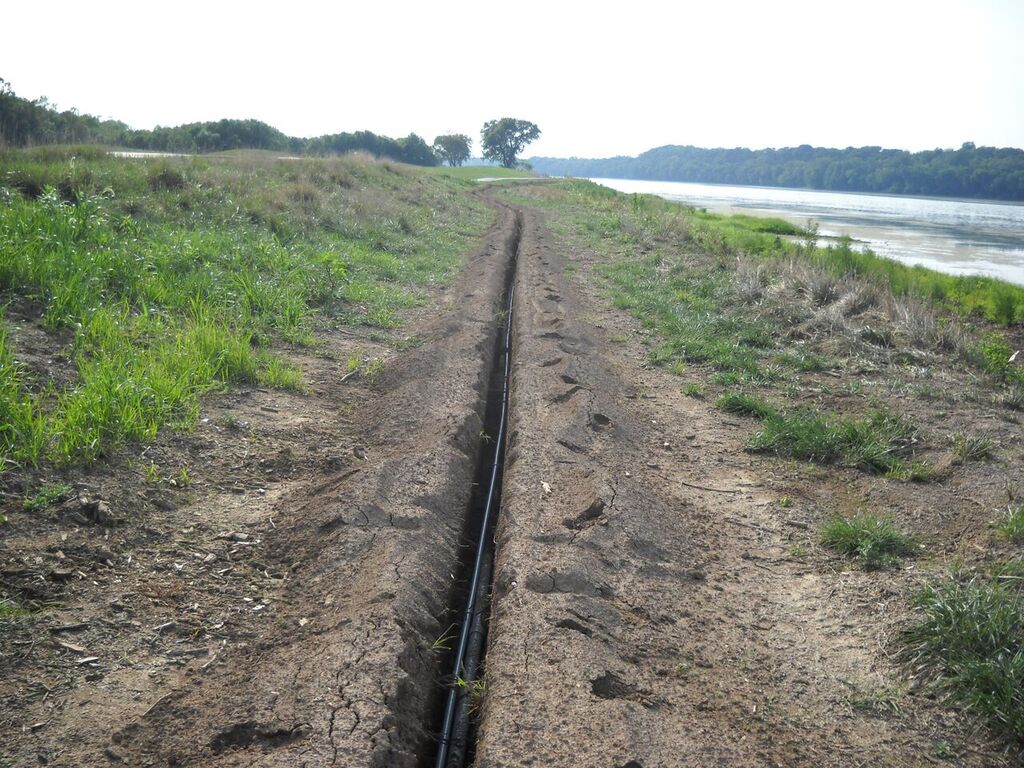 The shoreline of Donald Trump’s National Golf Course along the Potomac River.

It’s not the first time the Republican presidential front-runner’s golf courses have been targeted for poor environmental practices. In 2011, New Jersey’s Department of Environmental Protection cited the Trump National Golf Club in Bedminster, N.J., for a series of violations, including cutting down trees and fouling wetlands. And Scottish scientists reportedly criticized efforts to stabilize sand dunes at Trump’s course in Scotland, which was also the site of a bitter battle between the business mogul and proponents of a large coastal wind farm.

Trump, who has both touted his own “great environmental record” and pledged to eliminate the Environmental Protection Agency, has not weighed in on the tree-clearing himself. The Trump Organization, the Trump campaign, and Ed Russo did not respond to requests for comment.