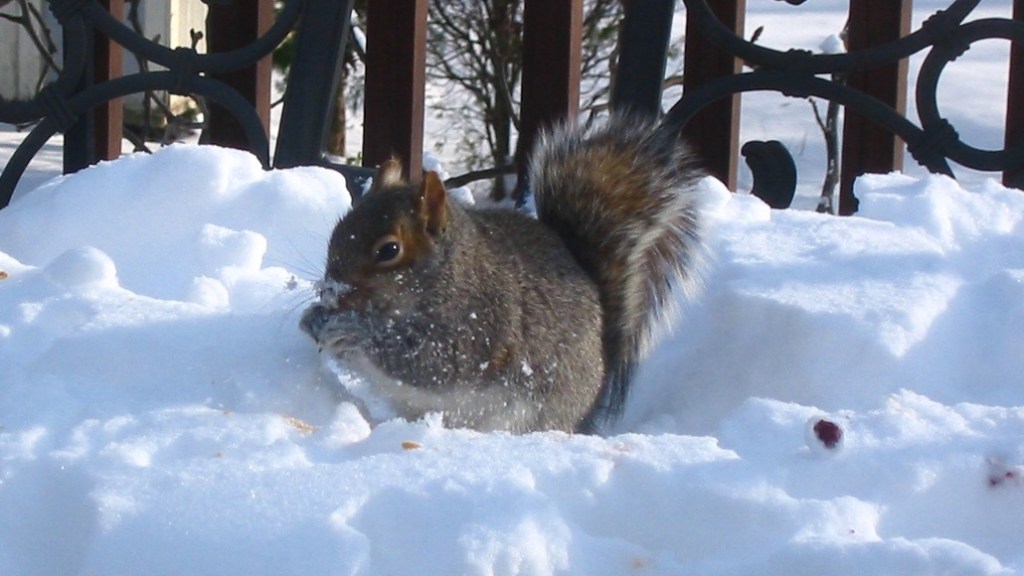 If Rep. Jim Bridenstine (R-Okla.) were a squirrel, he’d have starved over the winter.

Like a maladapted rodent that’s too short-sighted to save any nuts for the lean season ahead, the climate denier is sponsoring legislation that would force NOAA to focus on short-term weather forecasting at the expense of long-term climate modeling. The Hill reports that the bill, which now has 13 Republican and seven Democratic cosponsors, could get its first real hearing this week.

Bridenstine introduced the bill after 48 Oklahomans were killed by a brutal string of tornadoes last spring. “My state has seen all too many times the destructive power of tornadoes and severe weather,” Bridenstine said at the time. Then he staged a bizarre tirade on the House floor in which he demanded that President Barack Obama apologize for spending “30 times as much money on global warming research as he does on weather forecasting and warning.”

That would be quite the funding imbalance, were it true. But it’s not. The figure is just plain wrong.

Scientists have not concluded whether there is a link between climate change and tornadoes, but Stanford University researchers reported last year that climate change could cause the meteorological conditions that would lead to tornadoes and thunderstorms occurring more often.

More research into the potential climate-tornado link could help Bridenstine’s state properly prepare for extreme weather of the future. But the lawmaker seems more interested in squirreling around in the politics of the absurd than in finding out what hazards the future might hold in store for Oklahoma.