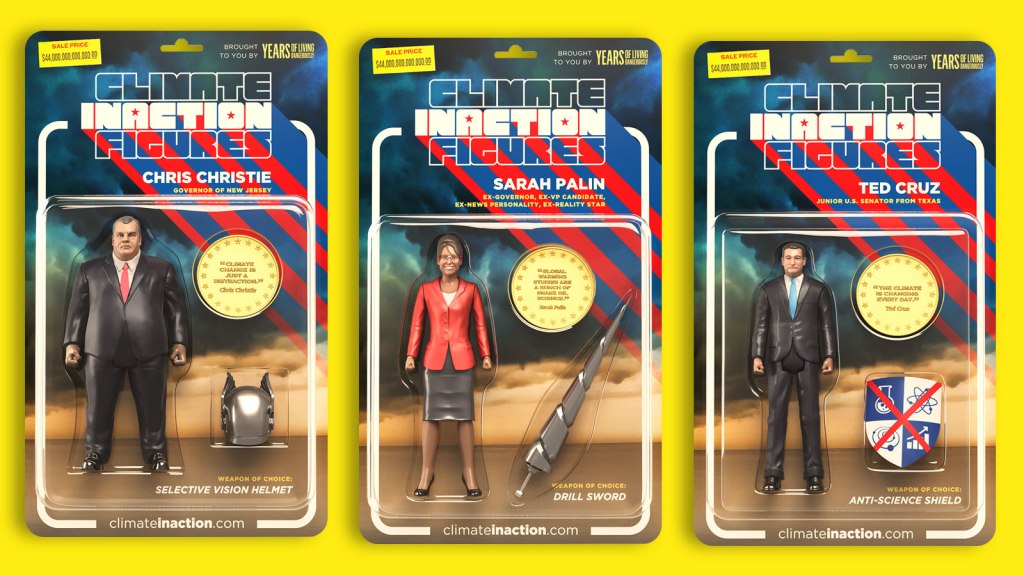 You’ve likely heard about the new collectibles taking the world by storm: They’re cute, cuddly, and exist only in a virtual world that may be better than the real one. We’re talking about Climate Change Inaction Figures.

A project of the National Geographic Channel’s Years of Living Dangerously, these anti-heroes are known for their blind rejection of facts, logic, and science. All can be acquired via social media and include such conservative thought leaders as: 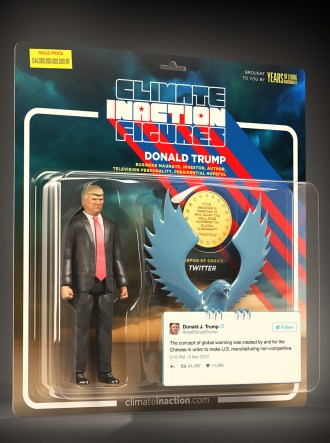 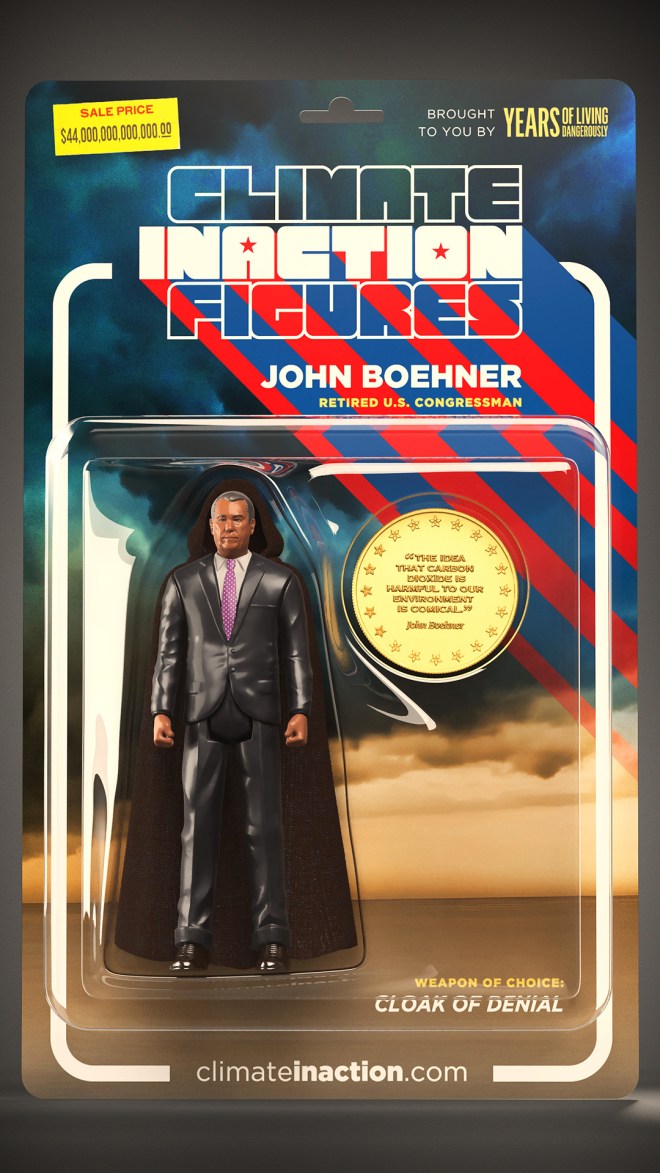 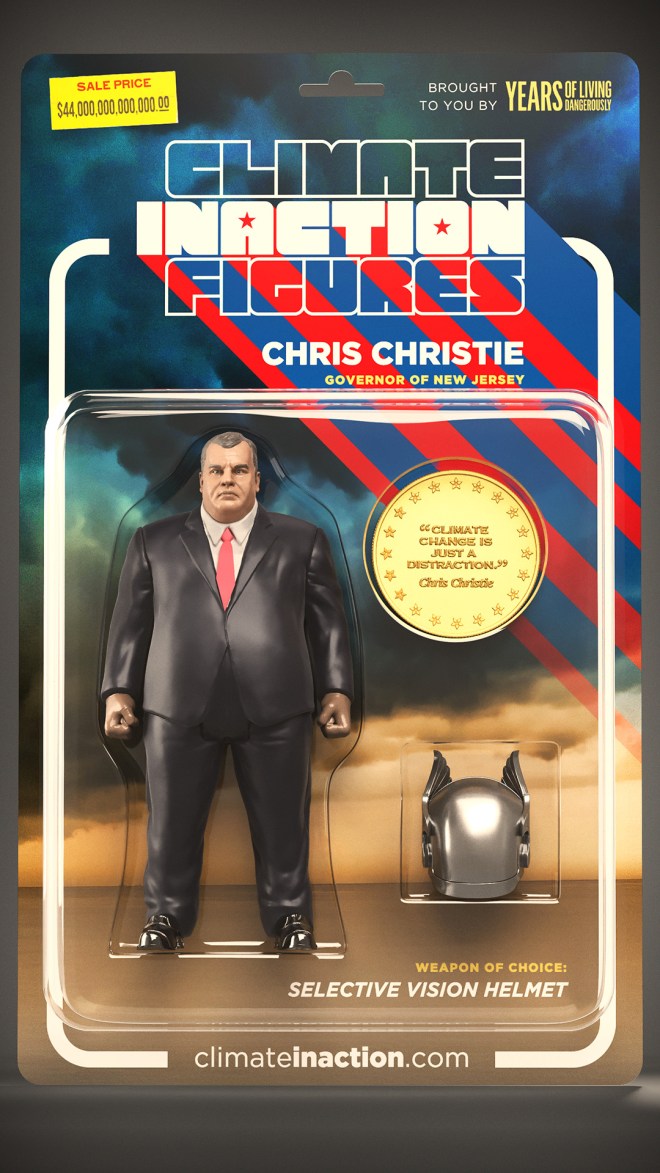 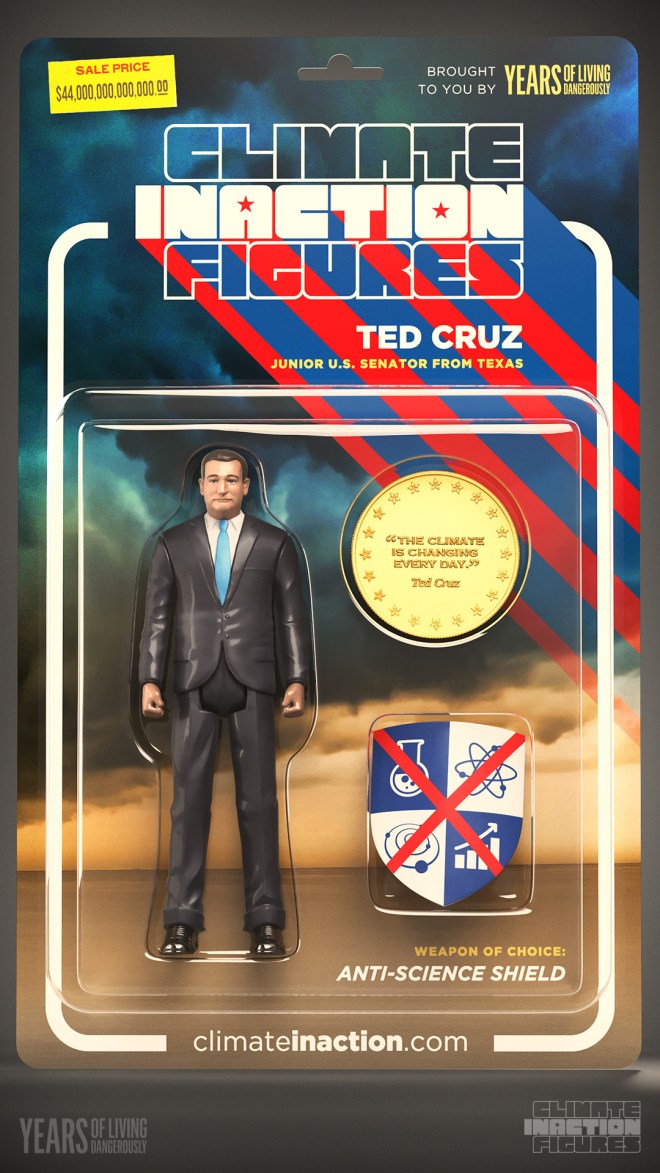 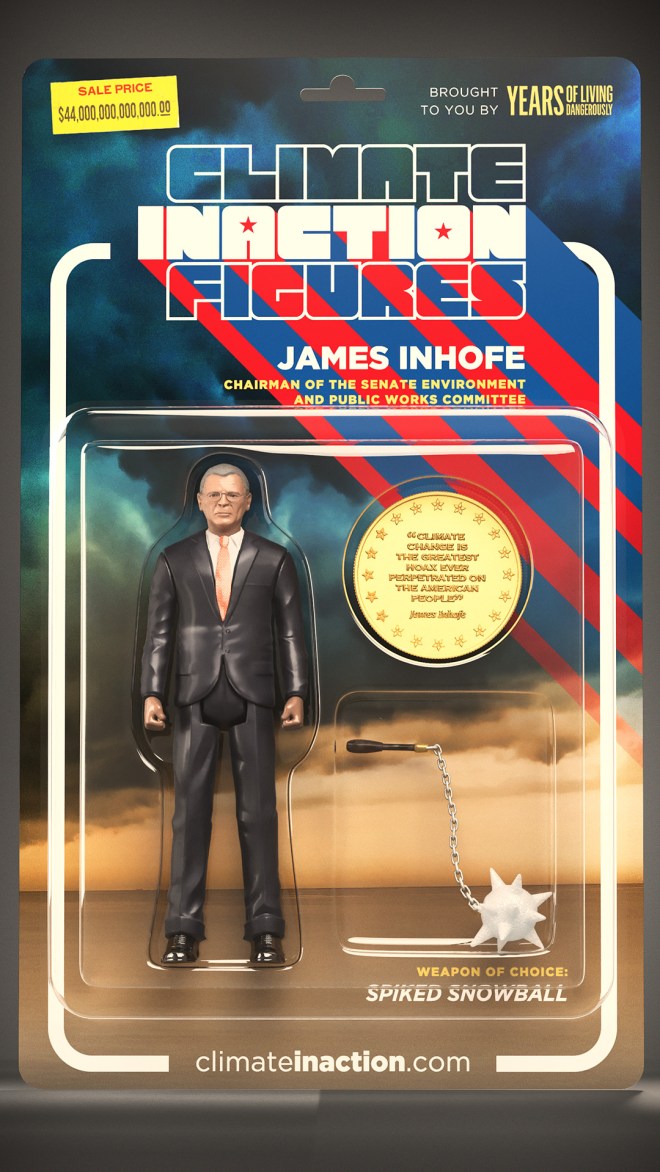 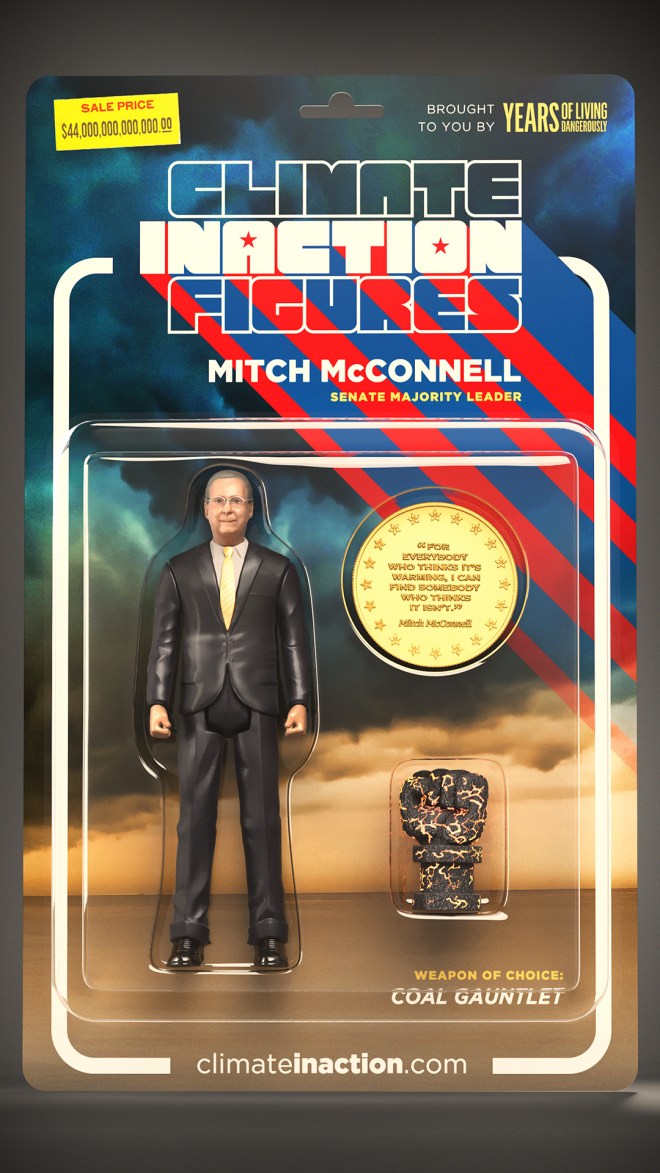 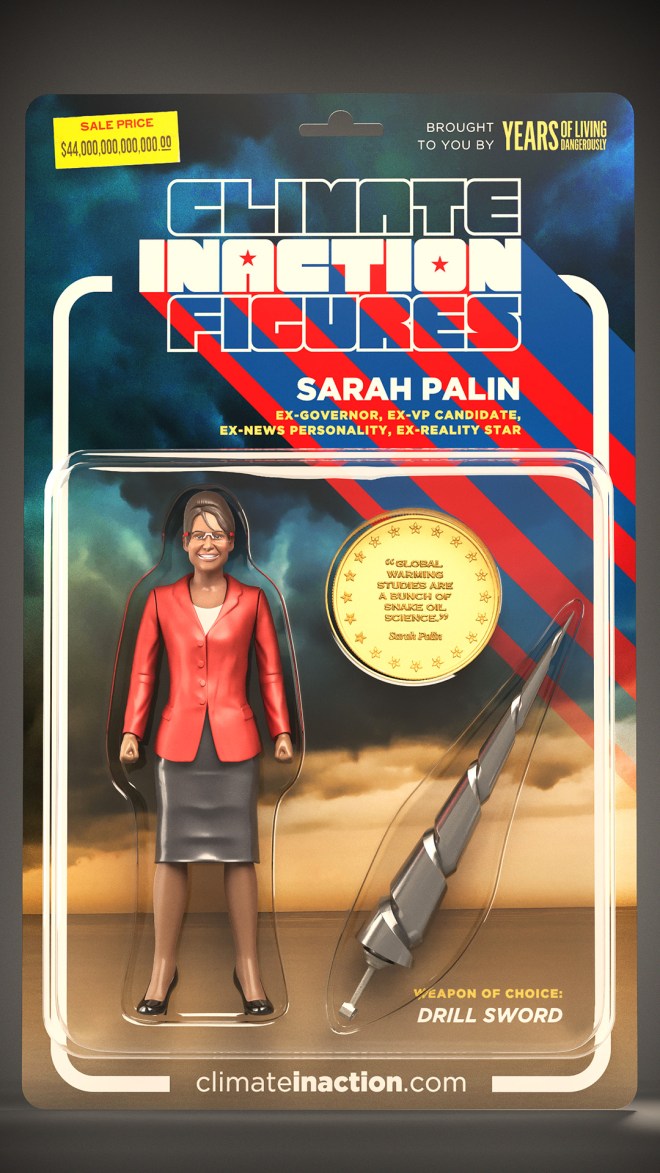 You can get your own collectibles here. Gotta catch ’em all!

Update: This post has been updated to include the President Donald Trump climate inaction figure.