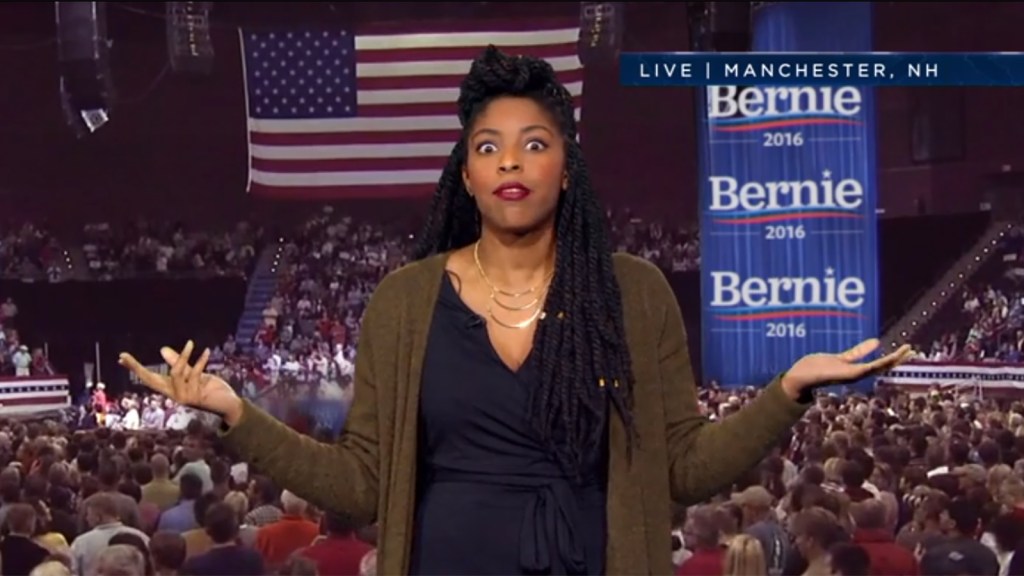 Last night was pretty crazy, right? For the first time in American history, not only did a Jewish socialist win a presidential primary, so did a hairpiece with a bank account! Just goes to show you that the old adage is right: In America, anything can happen — maybe even the nomination of a man with no political experience whatsoever for president! Ain’t it great?!

Here’s what else is crazy: Democrats, no longer content to just sit back and watch the GOP cannibalize itself, are now at each other’s throats. Things got especially heated on the left after Madeleine Albright’s comments at a Hillary Clinton campaign event last week set the media — and the public — aflame. Albright, echoing something she’s said before, remarked that there is a “special place in hell for women who don’t help each other.” In other words, vote with your vaginas, ladies! Albright didn’t mention whether we should vote for Carly Fiorina if, by some act of God or a mix-up in the polling stations, she wins the Republican nomination, but I assume special places in hell are nonpartisan.

The storm grew worse when famed feminist Gloria Steinem said on Bill Maher’s show that women are only campaigning for Sanders because that’s where the boys are. You’d think that Steinem would know that women do not appreciate being treated as though we’re all secretly trying to get that Mrs. degree, but it’s hardly the first time Steinem has said the wrong thing. And who can blame her?? She is a woman after all, and everyone knows we think (and vote!) with our vaginas.

I’m not the only one annoyed by these statements. Observe, The Daily Show‘s Jessica Williams:

“We as women need to remember that we all want one thing — and it’s Michelle Obama’s arms,” Williams says. “But also, seriously, we want the freedom to vote for who we want to regardless of what our husbands or wives or friends say about it.” And regardless of Madeleine Albright and Gloria Steinem as well.