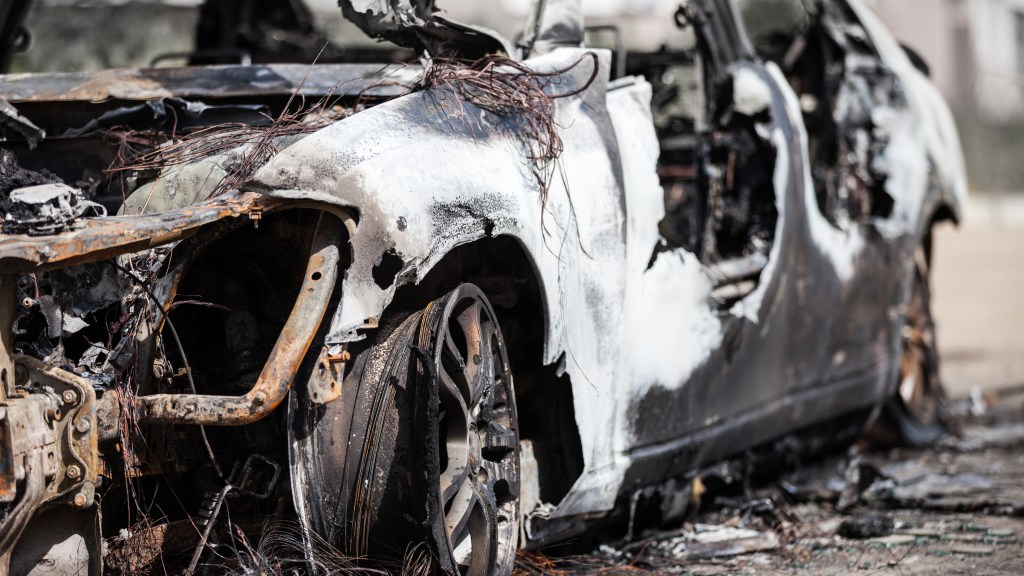 Hide those Audis and Teslas, millionaires. There’s an army coming for them.

Activists in Germany destroyed dozens of cars last week, making good on threats issued earlier this winter after 500 riot police raided one of Berlin’s famed “alternative centers,” a house occupied by squatters known as Rigaer 94. Squats have existed in Berlin for decades, typically attracting left-leaning creatives and anarchists: They’re communes, of a sort, where you can live for free and eat for next to nothing. But as the cost of real estate has risen in the rapidly gentrifying city, many landlords have tired of their non-paying tenants and forced them out — sometimes with the help of the police. After the raid at Rigaer 94 — which police said in was response to an attack on one of their own — activists issued their threat: “For every raid on a Berlin squat,” they said, “we will cause 1 million euro of criminal damage.” That damage began with the attacks on Berlin’s luxury vehicles.

In the past seven days, the extremists proved true to their claim, starting what could be the most destructive single anti-gentrification action any city in Europe has yet seen. On Saturday, a gang of 40 masked vandals smashed up 28 cars in the area near central Potsdamer Platz, leaving some of them in flames. Attacks continued the following night in the southwestern district of Neukolln, when at least 20 more cars were damaged and shop windows smashed in.

A note claiming responsibility for the attacks appeared this week on Indymedia, from a group calling itself the Klaus Jürgen Rattay Commandos (so named after a West Berlin squatter killed by police in 1981). The letter cited gentrification concerns, which the two neighborhoods were clearly chosen to illustrate. While Potsdamer Platz is a newly redeveloped higher-income district, Neukolln is a working-class area currently undergoing rapid social change.

Obviously, burning the neighbor’s Lexus isn’t going to solve the massive problem of gentrification, but it’s interesting to see this sort of direct action. The rising cost of living is hardly an issue limited to Europe — from San Francisco to Seattle and Denver to Durham, gentrification is pricing a whole lot of people out of their cities. Efforts to stem the tide of gentrification mostly take place at the policy level — task forces and committees argue about density and affordable housing and taxing developers, but the problem never seems to get fixed. When was the last time you heard about rents going down?

As cities become places only the rich can afford, the German activists could be on to something: When you can’t afford to live in your own neighborhood anymore, maybe the only choice left is to scare the new neighbors away.