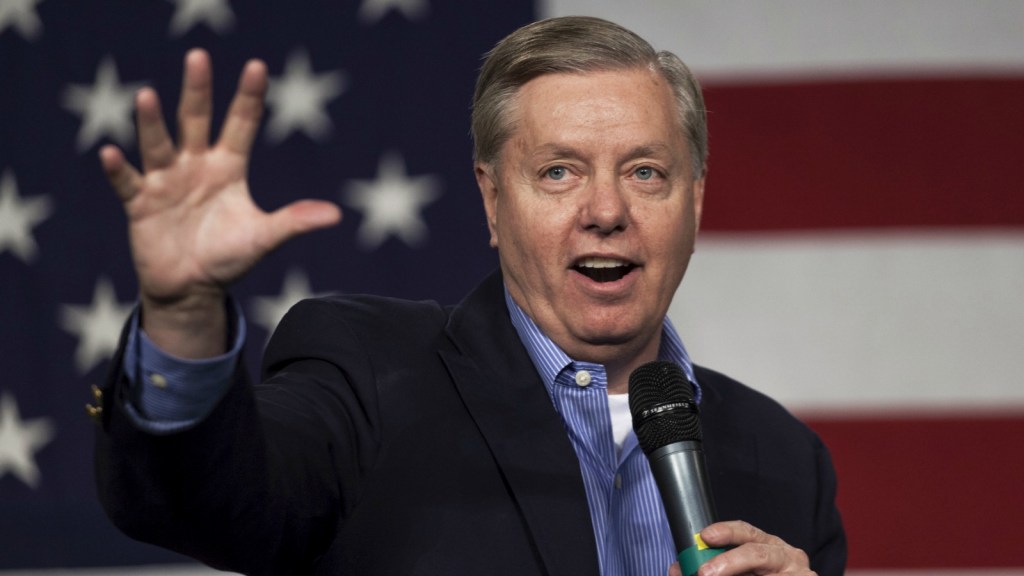 South Carolina Sen. Lindsey Graham suspended his presidential campaign on Monday. And just like that, the Republican nomination battle got a little less sane when it comes to climate change.

You might be wondering how that’s even possible. After all, the leading Republican candidate — Donald Trump — thinks global warming is a “hoax.” Ted Cruz insists the planet hasn’t warmed in 18 years. Marco Rubio says he doesn’t believe “that human activity is causing these dramatic changes to our climate the way these scientists are portraying it.” Ben Carson argues that there’s “no overwhelming science” that people are altering the climate. And Jeb Bush once described himself as a climate “skeptic.”

Graham had a very different view. “You don’t have to believe that climate change is real,” he said during a GOP debate in October. “I have been to the Antarctic. I have been to Alaska. I am not a scientist, and I’ve got the grades to prove it. But I’ve talked to the climatologists of the world, and 90 percent of them are telling me the greenhouse gas effect is real, that we’re heating up the planet.”

Graham has also worked for actual climate action. He once helped draft a cap-and-trade bill designed to limit greenhouse gas emissions (though he eventually abandoned his own legislation). More recently, however, Graham opposed President Barack Obama’s signature EPA regulations that limit power plant emissions. And climate action was in no way central to his campaign for the White House. Instead, he focused largely on hawkish foreign policy proposals and on calling Trump a “race-baiting, xenophobic, religious bigot.”

Still, Graham has been one of the few Republicans with a national platform to articulate a conservative view on climate change that acknowledges both the scientific realities and the obvious need for action. “I just want a solution that would be good for the economy, that doesn’t destroy it,” he said during that debate.

Graham’s campaign had been struggling to gain traction. He was averaging just 0.5 percent in the polls, according to Real Clear Politics. He never made it onto the main stage of a GOP debate, and he was even excluded from one of the undercard debates. Now, Graham’s few supporters will have to find a new candidate. If they are looking for someone who has a reasonable position on the climate issue, their choices will be pretty limited. New Jersey Gov. Chris Christie, Ohio Gov. John Kasich, and businessperson Carly Fiorina all seem to accept the science these days, but they don’t want to do much about the problem.

That leaves former New York Gov. George Pataki, who spearheaded the creation of a regional cap-and-trade system and has blasted the climate change denial that dominates his party. He’s currently polling at 0.2 percent.

Update: A reader objects to me saying that Kasich seems to accept the science of climate change these days. I was referring to a recent statement Kasich’s campaign made to the New York Times that he “believes that climate change is real and that human activity contributes to it.” But “contributes” is ambiguous, and — as the reader points out — Kasich said in September: “I don’t believe that humans are the primary cause of climate change.” That’s straight-up climate science denial.

One of the challenges of writing about the Republican candidates’ views on science is that many of their statements are confusing and contradictory. It can be tough to pin down exactly where they stand. My colleague James West has actually spent a lot of time doing that in a systematic way. Here’s a pretty cool matrix that he came up with:

As James wrote at the time: “Mapping politicians like this is always a tricky process, and some of our expert readers will no doubt disagree with these conclusions. So tell us what you think.”