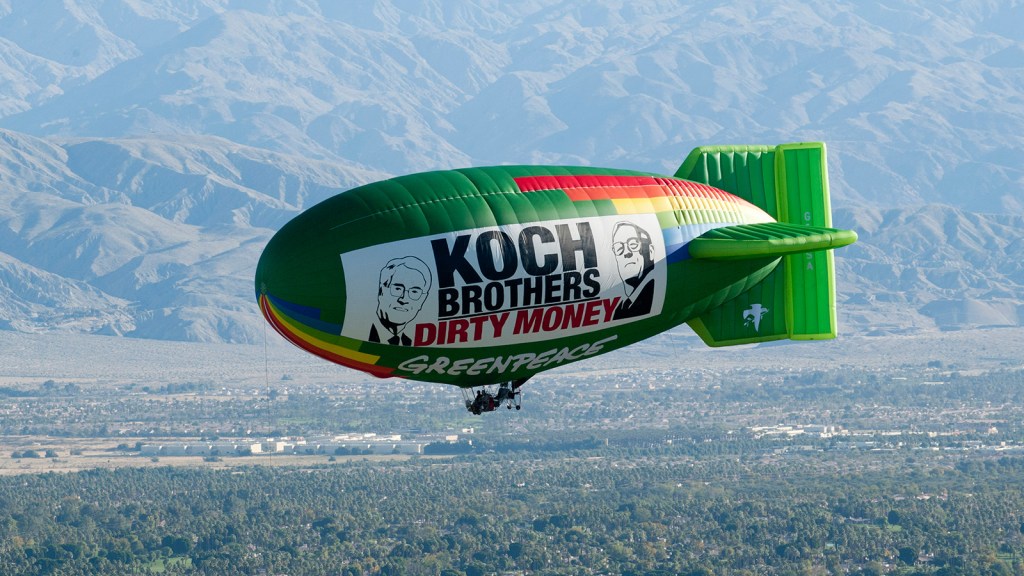 Steyer, billionaire hedge-fund manager turned climate activist, set a goal earlier this year of spending $100 million in the 2014 midterm elections to support candidates who care about climate change. So far fundraising for his super PAC has been weak, but the Kochs aren’t taking any chances.

The Daily Beast reports that “the billionaire Koch brothers and scores of wealthy allies have set an initial 2014 fundraising target of $290 million which should boost GOP candidates and support dozens of conservative groups — including a new energy initiative with what looks like a deregulatory, pro-consumer spin.” Here’s more:

A few Koch network-backed nonprofit groups including [Americans for Prosperity] have long fought against climate change regulations, a carbon tax, and subsidies for renewable energy. But lately, the Koch universe seem to be facing bigger energy threats stemming from Washington, state governments and big liberal checkbooks.

The new energy initiative is the handiwork of Freedom Partners Chamber of Commerce, the Koch network’s central fundraising hub, which was established in late 2011 as a trade group, according to an email to the group’s members from [Koch fundraiser Kevin] Gentry. In 2012, the fledgling group — which claims some 200 members who each kick in at least $100,000 yearly — funneled over $230 million dollars to numerous other non-profits in the Koch ecosystem according to the group’s 2012 tax returns. …

Gentry’s email stressed that liberal donors, led by hedge fund billionaire Tom Steyer, have plans to spend as much as $100 million on climate change issues and ads to make it a top-tier issue in the election. He noted that environmental groups had recently run a $5 million “clean energy” ad blitz in Iowa, Michigan, and North Carolina, all of which are considered “focus” states for Freedom Partners and among the states where Americans for Prosperity has spent over $35 million on attack ads against Democratic Senate candidates on Obamacare.

It’s not enough that the Kochs and their pals want to condemn you to climatic misery. They also want to prevent you from accessing affordable health care. Those issues are mostly unrelated but, in Gentry’s email, he links them, opining that the “new multi million dollar campaign by environmentalists is arguably an effort to distract from the failures of Obamacare.”

Because with all of the environmental challenges facing the U.S. and the world, what else would environmentalists want to do but “distract” voters from an affordable health-care law?