The Supreme Court throws a wrench in Obama’s climate plans 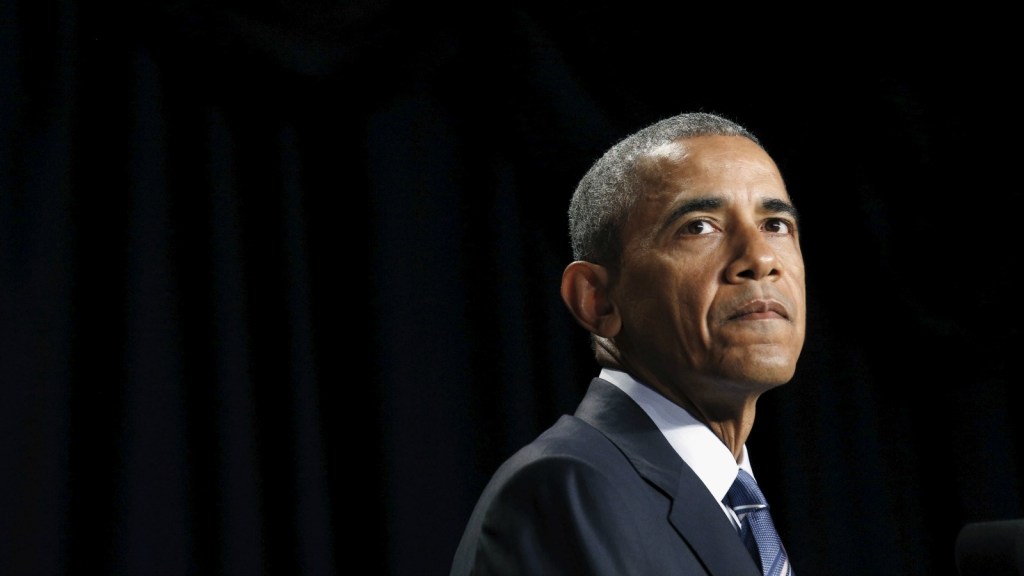 The Supreme Court throws a wrench in Obama’s climate plans

The Supreme Court has turned up the heat on President Barack Obama’s landmark plan to curb climate change. In a decision legal analysts are calling extraordinary, five justices temporarily halted the Environmental Protection Agency’s Clean Power Plan, which requires states to cut carbon emissions from power plants by an average of 32 percent over 2005 levels by 2030.

In a press call on Tuesday night, White House senior officials admitted to being “very surprised” by the decision. Officials and environmental experts said this is likely unprecedented; the Supreme Court hasn’t prevented a regulation from taking effect so early, before lower courts even get a chance to decide on its legality.

It means that the fate of Obama’s climate legacy is on hold until the U.S. Court of Appeals for the D.C. Circuit, and ultimately the Supreme Court, can decide on the regulation’s merits.

The immediate spin from Republicans, like Oklahoma Sen. James Inhofe, was that this development is a “major blow” to the Clean Power Plan. There’s little reason to think this is the beginning of the end of the administration’s ambitious attempt to tackle the U.S.’s largest source of carbon emissions — at least, not yet. If the rule is ultimately upheld, then the Clean Power Plan should continue on schedule. But the ruling puts in stark relief the stakes of this year’s presidential election.

The D.C. Circuit will hear the challengers’ case on an expedited schedule in June, when it will have a chance to rule on the merits. You can be sure the losing side will take that decision all the way to the Supreme Court. If SCOTUS decides to hear the case and all parties move quickly, it could go before the court as early as this fall, though the case could just as easily stretch into the next administration.

The good news is there’s a built-in buffer in the Clean Power Plan’s timeline. Each state has a lengthy timeline to submit a plan for achieving its tailored carbon goal. In fact, in arguing against the stay, the government insisted that these deadlines were so far in the future that the issue will have run its course through the courts long before states must comply. According to the final rule issued last year, states should begin submitting plans this summer but can gain extensions to as late as the summer of 2018. After 2018, states have another few years before they need to show they’re starting to make progress toward the final 2030 goal. “We believe there was, is, and continues to be ample time in that period for states to develop plans that will comply with this rule,” senior administration officials said on Tuesday’s call.

While the Supreme Court may not have pushed back the timeline for the Clean Power Plan, there’s still bad news: A majority of the justices found the challengers’ claims credible enough to halt the Clean Power Plan now, rather than wait another couple of years to get through the courts. States have argued that they were diverting resources to comply with the EPA rule, and that there’s a strong enough chance the rule will be thrown out anyway, making that investment worthless.

At the same time, the White House and its environmental allies insist there’s no reason to assume the court will uphold the challenge.

“The courts have not had the chance to dig into the merits,” Sierra Club Chief Climate Council Joanne Spalding, who filed a brief in defense of the EPA, told me.

“Kennedy or others who voted for the stay could be persuaded in the end that the rule is authorized under the Clean Air Act; the government’s task, and ours, is to convince these courts that’s so,” David Doniger, director of the Natural Resources Defense Council’s climate program, wrote in an email.

Historically, the court isn’t especially hostile toward the EPA. In 2007’s Massachusetts v. EPA decision, the Supreme Court ruled that the EPA has the power to regulate greenhouse gases under the Clean Air Act. It’s upheld that authority on multiple occasions since then. The Supreme Court has traditionally deferred to the EPA’s interpretation of laws like the Clean Air Act when the law is vague, a precedent established in the 1984 ruling Chevron v. Natural Resources Defense Council. Between 2010 and 2015, the EPA won 20 of 28 legal battles at the appeals or Supreme Court level (only three cases were clear losses, according to NRDC).

If there’s one thing the fossil fuel industry and Republicans have gained from this ruling, it’s political time. Granted, the coal industry won’t be saved by a Supreme Court decision striking down the Clean Power Plan, nor will it be saved by a Republican administration. Market forces are driving coal country’s demise, as gas and renewables are out-competing coal. The Clean Power Plan is “following the trends in the electricity sector, not creating them,” Spalding noted. But we’re also on a deadline to address climate change before it’s too late, so the Clean Power Plan is necessary to make this transition happen fast enough. To make sure the landmark global deal on climate change reached in 2015 doesn’t fall apart, the Clean Power Plan must go into effect full force and on time.

Ultimately, that means climate action is in the Supreme Court’s hands, as well as the next president’s.

None of the top-tier Republicans running for president consider human-made climate change real, much less believe that the U.S. has a responsibility to act on it. A GOP administration could simply choose not to enforce the Clean Power Plan, and moreover, it could appoint Supreme Court justices who are similarly skeptical that climate change is an urgent crisis.