They spent millions to protect polluters. Then they got busted by the FBI. 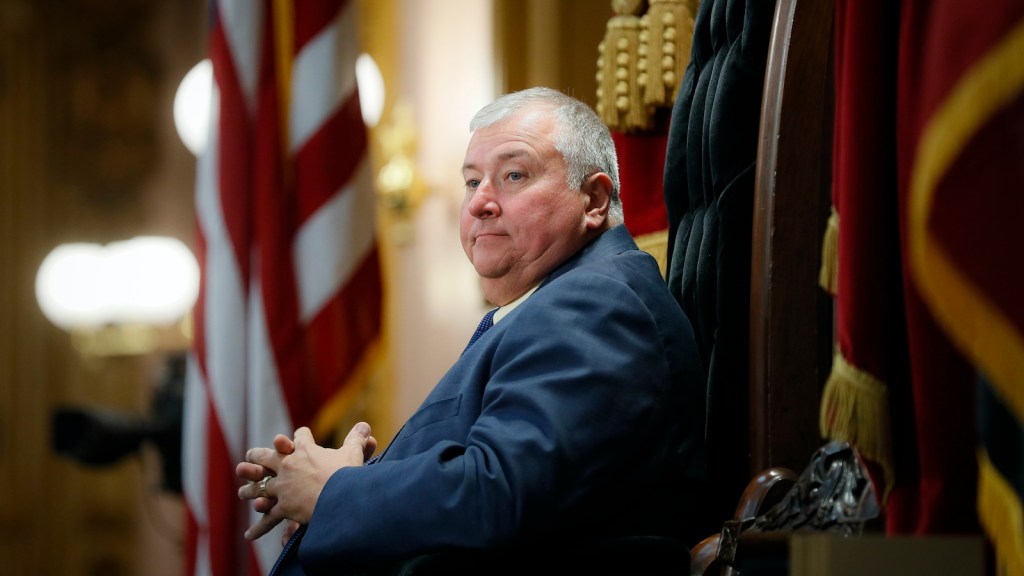 They spent millions to protect polluters. Then they got busted by the FBI.

A year ago, the Ohio legislature rammed through a law to save four unprofitable nuclear and coal-fired power plants from retirement, while it rolled back energy efficiency and renewable targets and passed on the $1.3 billion cost to customers. Opponents of the HB6 law, which included an unlikely alliance of environmentalists and the natural gas industry, began to organize a referendum to repeal it, saying it amounted to a corporate bailout for the utility player FirstEnergy.

What ensued was an aggressive and bizarre counter-campaign launched by a set of mysterious actors that didn’t disclose their donors, all singularly focused on preventing the referendum from gathering enough signatures before its deadline. One single-issue group began running ads with false claims that the Chinese government had orchestrated the referendum. Another group, Generation Now, hired the Democratic firm Fieldworks to deploy “petition blockers” who stood near signature gatherers and tried to discourage people from signing the referendum. At one point there was a physical confrontation between a referendum staffer and a petition blocker, and police responded.

By October, it was clear the referendum failed to gather enough signatures, and the debate over the corporate bailout seemed settled — until Tuesday, when federal agents arrested the main architect of the law, Ohio House Speaker Larry Householder, for a racketeering conspiracy. The FBI charged that Householder, his aide, a former Ohio GOP chair, two lobbyists, and Generation Now of a “conspiracy to participate, directly or indirectly, in the conduct of an enterprise’s affairs through a pattern of racketeering activity.” The 82-page complaint outlines an enterprise that steered $61 million into campaign contributions to ensure Republicans gained control of the House, bribes, and shadowy groups all to pass and protect the controversial bailout.

The complaint never mentions by name the companies that drove this conspiracy. They are only Company A, B, and C, because of other ongoing investigations. But the identity of Company A, the primary actor that spent $60 million, is obvious enough for U.S. Attorney David DeVillers to say, “Everyone in this room knows who ‘Company A’ is,” in a press conference. It is FirstEnergy, the utility in the state that was the primary benefactor of the law.

The charges describe some especially egregious examples of quid-pro-quo politics, like a payoff for Householder’s Florida home and campaign financing for 21 Republican candidates. More importantly, we get a rare glimpse of how easy it is for corporations to subvert democracy simply by throwing tons of money at blocking ballot initiatives. When they do their work right, they can prevent an initiative from ever reaching a vote — without the public even realizing it could have been a choice.

Most of the $60 million from Company A did not go to bribes or to get the bill through the House and Senate, but was routed through Generation Now — which, because it’s a 501(c)(4),doesn’t have to disclose its donors. That group, the same one that orchestrated the counter-campaign to block the referendum from gathering enough signatures, used a fascinating tactic: There are only so many companies specialized in ballot signature-collecting in the country, and Generation Now bought out 15 of them so the referendum’s organizers couldn’t find any top-tier firms to work for them.

The complaint says: “Generation Now subverted the Ballot Campaign by hiring signature collection firms in an effort to conflict them from working for the Ballot Campaign.” Neil Clark, Householder’s staffer, “advised his clients that if they would retain as many of the signature collection firms as possible, then those firms could not work for their opposition, which would decrease the likelihood that the referendum would collect the requisite number oof signatures for a ballot initiative.” In one meeting the FBI recorded, he wired $450,000 to a firm repeating he had “hired them not to work.”

“The money really went to staging a coup of the Ohio state government,” says David Pomerantz, executive director of the utilities watchdog Energy and Policy Institute. That’s only one example of how hard utilities fight to block environmental initiatives at the ballot. In 2018, Arizona Public Service funded a campaign for town administrators to pass resolutions against Prop 127, which would have required APS generate half of its electricity from renewables. And in 2016, Florida Power and Light spearheaded a confusing ballot initiative that used deceptive language implying it would promote solar power — but really hindered the spread of rooftop solar.

“These tactics are fairly typical of what we see monopoly utilities do around the country,” he says. They have “limitless money and a captive customer base that has no choice but to pay what regulators say they have to pay every month.”

Ohio’s FirstEnergy bailout was so unpopular that in one part of the complaint, Householder’s aide Jeff Lonstreth texted his boss, “Polling shows the more we explain it, the worse it does.” The federal case means an unusual spotlight on common bad-faith tactics. And now there might be some justice: Many of the original backers of the law, including Governor Mike DeWine, a Republican from Ohio who signed it last year, reversed course this week and called for its repeal.