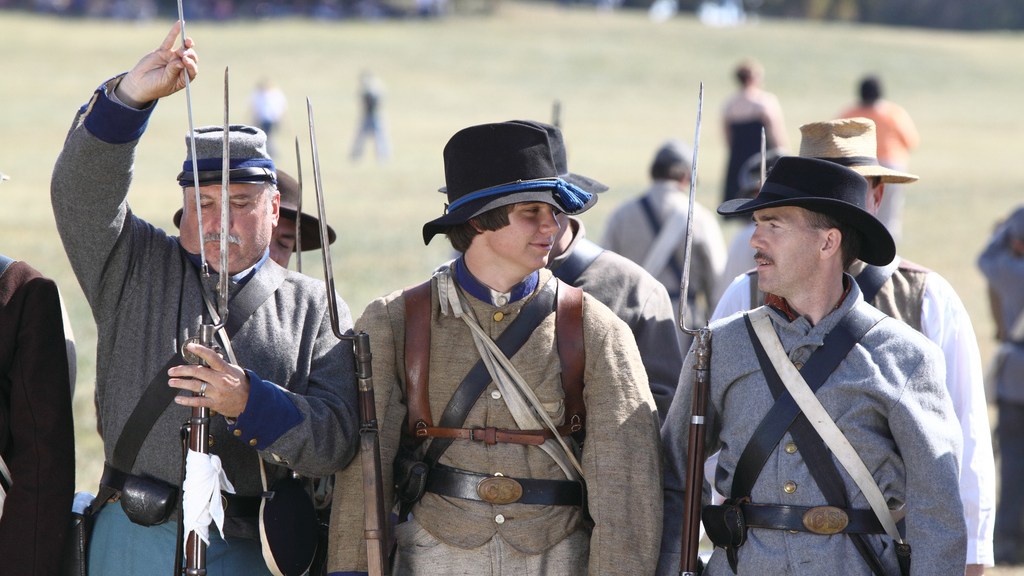 Last week, I wrote about the problems the National Park Service is having with hiring people of color. Despite having a major presence in predominantly black and brown cities like Washington, D.C., the Service’s workforce is around 80 percent white across the nation, even in places like New York City. This is obviously not a good look for a taxpayer-funded federal agency that is headed into its 100-year anniversary.

When I spoke with David Vela, the Park Service’s associate director for workforce, relevancy, and inclusion, about why that is, he said of the problem, “We know that. We own that and we are developing strategies to deal with it.”

We talked quite a bit about those strategies in our discussion, which ran nearly 60 minutes. I asked about how they addressed legacy racism and current barriers that keep people of color away not only from the parks, but also from park jobs. It was the kind of conversation that helps you understand perfectly well why the Park Service has failed to connect with people who aren’t white.

Vela is a former director of the Park Service’s Southeast Region, has worked at parks around the country, and was just appointed superintendent of Grand Teton. He placed a high premium on the Park Service’s efforts to collect stories from people of color around the nation about the roles their communities played in the parks, or the events that lead to the parks’ creation. He added that, when talking to the public, park rangers and supervisors are “empowered today to connect all of the dots, from Civil War to civil rights.”

Never mind that the statement implies that racism on American lands didn’t exist before the Civil War, and ended when Martin Luther King died. While Vela spoke about famous African Americans and Native Americans and their relationship to the national parks, he shared very little about the parks’ relationship with racism. The 1916 birth of the Park Service came a year after The Birth of a Nation, the cinematic homage to the Ku Klux Klan, and the first film screened at the White House. This was for Woodrow Wilson, the U.S. president who made racial segregation official policy throughout the federal government. The National Park Service, established under Wilson, was not exempt from his racist regime. The parks remained segregated if not off-limits to African Americans all the way through the 1940s, and some of them longer.

Vela touted a different narrative. The example he shared with me about how the Park Service has dealt with racism was when he helped coordinate ceremonies at the Fort Sumter National Monument in Charleston, S.C., commemorating the 150th anniversary of the Civil War in 2011. There was a “passionate discussion,” Vela said, between the black community in Charleston and white communities over what the sesquicentennial celebrations should’ve entailed. The problem was that many whites there wanted to celebrate their Confederate army heritage, while African Americans, understandably, took issue with that.

Believing that “both perspectives were of equal value,” Vela said, the Park Service facilitated a meeting between representatives of the Sons of Confederate Veterans and the Charleston NAACP. “We had an opportunity here at Fort Sumter to tell the whole story, and talk with all of the communities involved,” Vela said, “and not passing judgement, but providing all Americans — whether your ancestry is linked to the Confederacy or your ancestry was African American — an opportunity to talk about it.”

The outcome was that NPS would “let each community decide on their own how to celebrate” their heritage around the Civil War.

I was incredulous. If the descendants of Hitler’s army wanted to celebrate Third Reich “heritage,” would the Park Service grant them the right to “decide on their own” which story to tell? I called the NAACP to get its version of the events.

Park Service officials did facilitate a meeting between the NAACP, black residents, and the Sons and Daughters of Confederate Veterans, but “it didn’t change anything,” Charleston NAACP President Dot Scott told me. “[White residents] talked about their forefathers and the sacrifices they made and how they see them as heroes, but it was our folks who were oppressed through all of that. If we are going to embrace history we have to at least embrace the truth, and you can’t sanitize that.”

The headline of the USA Today article on the occasion says it all: “Few blacks attend Civil War anniversary events.” The key event in the celebration was the firing of a canon, recreating the first shot of the Fort Sumter battle, the start of the Civil War. According to the article, the Park Service scheduled some lectures “about blacks,” but only one of those blacks showed up for them.

When the Sons and Daughters of Confederate Veterans held its “Secession Ball” — where modern-day white South Carolinians dressed in 19th-century regalia, honoring the state’s distinction as the first to secede from the Union — the NAACP held a protest march. To participate in the Park Service-sanctioned anniversary, Scott told USA Today, would have been like “celebrating with the enemy.”

For Scott and the NAACP, to even begin the conversation on how to commemorate the Civil War in Charleston, white state leaders have to first acknowledge that the war is over. As Scott told USA Today, that means taking the Confederate banner down from the state capitol, at the very least.

Yet Vela somehow thought the meeting, and the anniversary celebration, was a success, providing this episode as an example of one of his agency’s working diversity strategies.

I’ve thought long and hard about what a legitimate Civil War ceremony facilitated by a federal agency would look like in terms of real justice. What the Park Service allowed to transpire is not it. For real justice, I can’t think of any other way than to allow African American communities be the sole arbiter of what ceremonies are allowed, what stories are told, and how. If the Confederate’s ancestors must be involved, it could only be in deference to the ancestors of the enslaved. They would need to recognize how the vestiges of the plantation system were still making life hell for many African Americans, and American land, today. There’s no Ball for that, only reparation.

Absent that, of course black people won’t attend such events. And absent that kind of acknowledgement from the National Park Service, of course people of color will be reluctant to join the agency as visitors or as workers.

If just getting African Americans to the table with the descendants of slave masters is all that counts, even if no change results, than truly there is no sacred ground for the conquered.