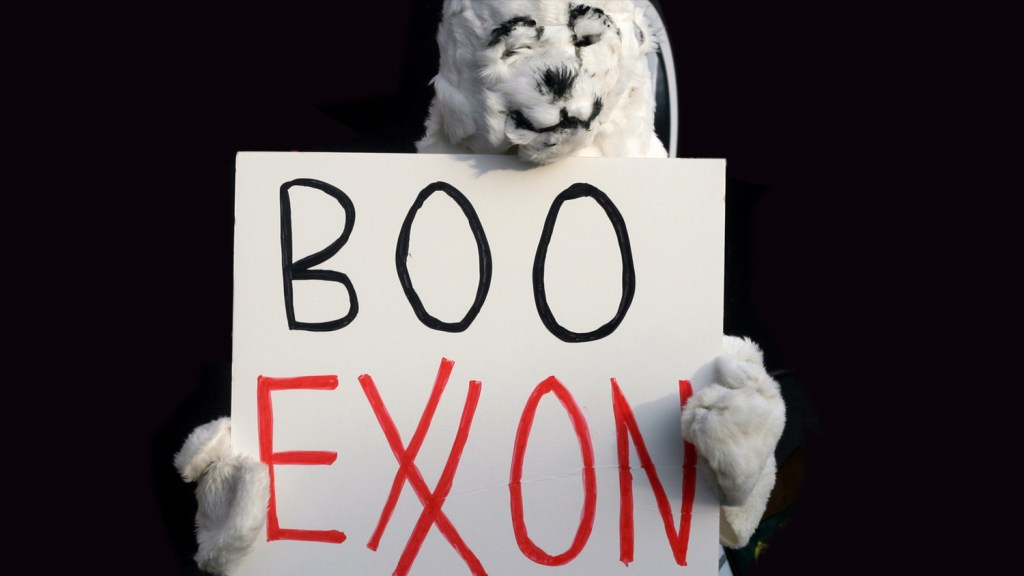 Last week I explained why sustainability-focused investor advocacy organizations pressured Exxon to release a report on how government regulation of greenhouse gases would affect its bottom line. The hope was that Exxon would admit that if governments get serious about climate change, the company’s vast reserves of oil and gas would become unprofitable to exploit. That, in turn, would make it see the light on renewable energy and shift business strategies.

No such luck. Exxon released a report to shareholders on Monday and — much to the activists’ dismay — denied that it has a problem. Rather than discussing what would happen to it if governments force the necessary 80 percent reduction in greenhouse gas emissions from a 1990 baseline, Exxon argues that it won’t happen. So the company will be just fine, thanks.

“Our analysis and those of independent agencies confirms our long-standing view that all viable energy sources will be essential to meet increasing demand growth that accompanies expanding economies and rising living standards,” said William Colton, ExxonMobil’s vice president of corporate strategic planning, upon releasing the report. “All of ExxonMobil’s current hydrocarbon reserves will be needed, along with substantial future industry investments, to address global energy needs.”

That’s corporate code for: “Governments will allow us to keep extracting and burning fossil fuels because the economy.”

If Exxon actually does extract and burn all the oil and gas it currently holds leasing rights for, the climate is screwed.

And so this report that was supposed to make environmentalists and shareholder activists happy instead made them angry. Bill McKibben, founder of 350.org (and a Grist board member), said, “Here’s the shorter version of Exxon’s announcement: We are happy to overheat the planet and we dare anyone to stop us.”

So if the Exxon report upset environmentalists, does that mean it was not in fact a step forward? Actually, both environmental activists and the shareholder activists who pressured Exxon are in agreement that the report is a pivotal, positive development in the climate fight.

They note that Exxon did acknowledge the reality and seriousness of climate change, and they argue that Exxon’s admission that its plan for the future is to keep polluting anyway arms shareholders and governments with information they need. Colton said, “The risk of climate change is clear and the risk warrants action.” But the only action he endorses is working to reduce the emissions from Exxon’s drilling operations.

In essence, Exxon believes that setting a carbon price high enough to have a serious impact would raise energy prices too much for most countries to accept. Think of the oil giant as drug dealers who admit their product is deadly, but figure that someone has to make a profit by providing it, so it might as well be them.

“Exxon is ceding to a future where catastrophic climate is the inevitable outcome,” says Natasha Lamb, director of shareholder engagement at Arjuna Capital, a wealth management firm that pushed Exxon to release the report. “The report is an acknowledgement that they are not fully weighing the risks or choosing to prepare for an alternative outcome.”

Shareholder activists argue that this means Exxon may face declining stock prices as investors with more faith in humanity search for energy companies that plan to meet the challenges of a carbon-constrained future. “Exxon can’t seem to conceive of a future without fossil fuels, or even far fewer fossil fuels,” says Danielle Fugere, president of As You Sow, a corporate social responsibility organization that also pressured Exxon to produce the report. “That failure of vision puts them at risk of being left with stranded assets, a loss of market share to innovation, and becoming irrelevant. Investors need to look at the risks, and there may be new products that are better investments.”

Exxon’s confidence that no one will force it to stop polluting is also a challenge to politicians. “Exxon put all their cards on the table,” says Jamie Henn, spokesperson for 350.org. “They said, ‘We think governments won’t meet the 80 percent reduction goal, and we’re just gonna burn all the oil and gas we want.’ One of the most interesting things to watch is how the Obama admin will react. Exxon just called them a bunch of liars. They said, ‘You’re never you’re going to meet your 80 percent targets. You’re never going to stand up and regulate us.’”

Unfortunately, as Henn points out, Exxon may be right. The Obama administration continues to encourage extraction of fossil fuels, even as it tries to limit carbon emissions from burning them. And if the U.S. isn’t taking serious action to fight climate change, most other countries won’t either. That’s why the most important fight over climate change won’t be in Exxon’s boardroom, it will be on Capitol Hill.