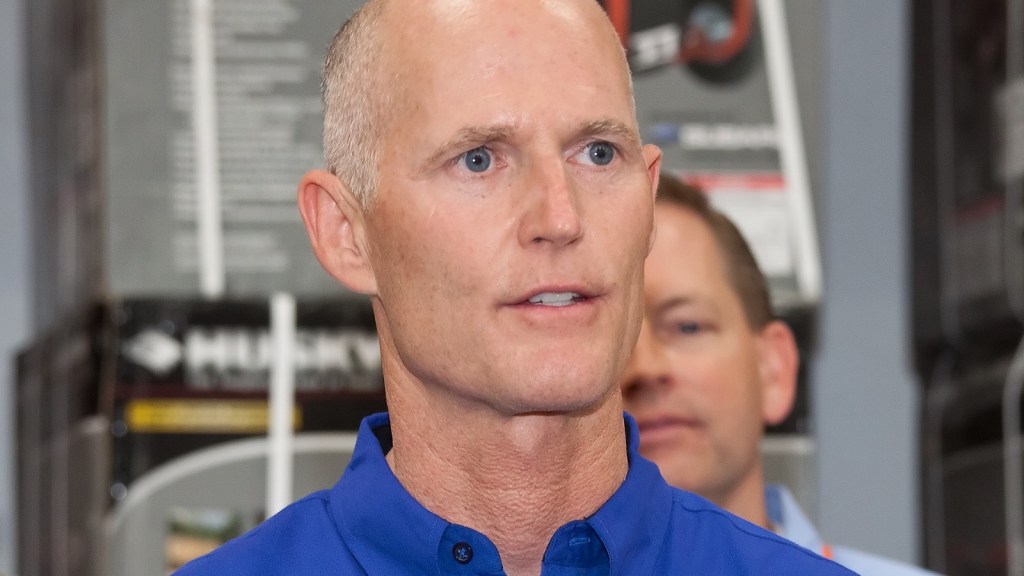 Republicans of the internet, Florida Gov. Rick Scott has a message for you, posted on the official Rick Scott™ Facebook™ page: Embrace Donald Trump. 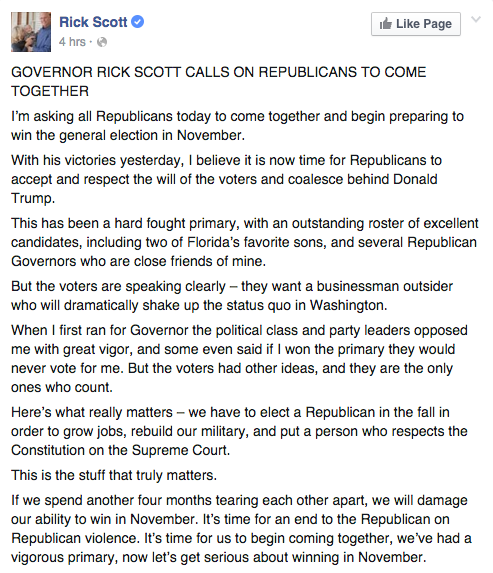 Not only is Scott jumping on the Trump wagon, he even compares himself to the man. “When I first ran for Governor the political class and party leaders opposed me with great vigor, and some even said if I won the primary they would never vote for me,” he writes. “But the voters had other ideas, and they are the only ones who count.”

And we can see the resemblance. Sure, one has bird feathers for hair and the other is bald as a baby’s asshole, but both have been accused of fraud for shady dealings in the business world: Trump for his “university,” and Scott for overseeing one of the largest boondoggles in Medicare history.

Plus, both the future presidential nominee and the current governor are climate change deniers. Trump has repeatedly said that climate change is a hoax created by the Chinese to undercut the United States in manufacturing; Scott’s administration banned state officials from mentioning climate change in official reports. In Florida. It’s a match made in denier heaven.