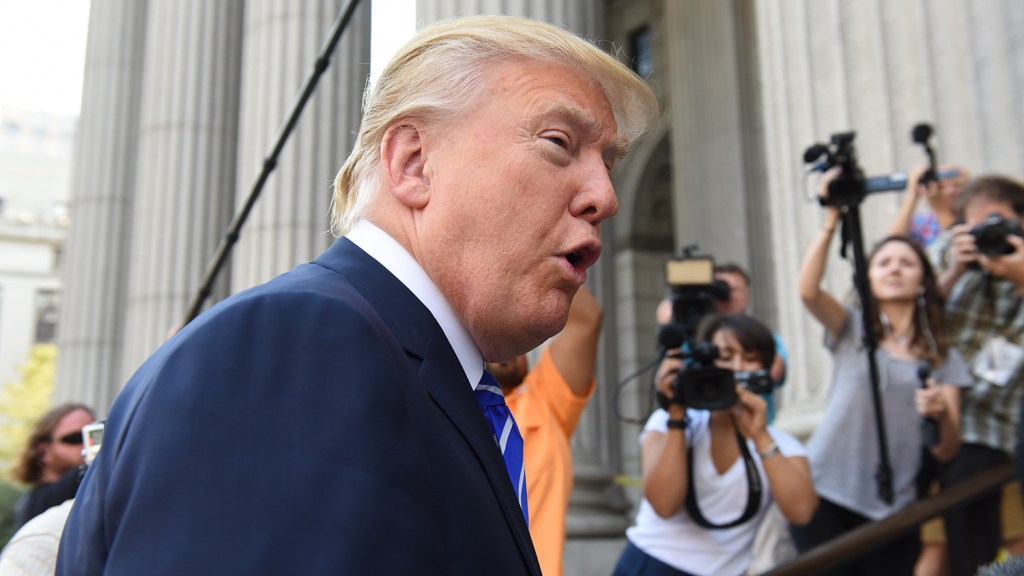 Donald Trump took a moment out of his busy schedule making a mockery of American politics to take a battle over wind farms to the U.K.’s supreme court.

The backstory: In 2006, Trump bought land north of Aberdeen, Scotland, promising to construct the world’s finest golf resort out of the area’s natural sand dunes. Local authorities, unimpressed with Trump’s blather, denied his plans, but the Scottish government overruled their decision and America’s future oligarch was allowed to proceed. Trump International Golf Links was competed in 2012.

But when Scotland decided to construct a wind farm in sight of Trump’s resort, the man with the spider silk hair was, to put it mildly, displeased. Trump accused Scottish ministers of illegally approving the clean energy project and sued. He lost. In June of this year, three senior judges in Edinburgh dismissed his attempt to block the wind farm.

“Today’s written judgment is no surprise,” a Trump spokesperson said after the ruling. “It’s impossible to have a fair hearing challenging windfarm applications in Scotland. We have already instructed our legal team to commence an appeal before both the supreme court of the U.K. and the European courts.”

And that brings us to now, with Trump appealing the lower court’s decision to the U.K.’s supreme court, which, one hopes, has more important things to worry about than the view from a billionaire’s golf course.

Lang Banks, director of WWF Scotland, said: “Donald Trump should be using his vast wealth to do good instead of trying kill off initiatives that will create jobs, boost the economy and help cut carbon emissions. Once up and running, this test facility will be ideally placed to help test the technologies needed to harness Scotland’s huge offshore renewables potential, ensuring learning by industry, and playing an important role in helping to drive down costs.”

A personal message on Trump’s golf course website declares: “When I saw this piece of land I was overwhelmed by the imposing dunes and rugged Aberdeenshire coastline. I knew that this was the perfect site for Trump International, Scotland. I have never seen such an unspoiled and dramatic seaside landscape and the location makes it perfect for our development.”

It’s unclear why anyone would see an unspoiled and dramatic seaside landscape and think, “You know what this needs, a fucking golf course.” But, as columnist Ian Jack wrote earlier this year, “In golf there are now many worse things than the club bore, and one of them is Donald Trump.”